The Permit Review Committee has approved planned modifications to the Pioneer Trust and Savings Bank Building at 4000 W. North Ave. Located at the corner of W. North Ave and N. Pulaski Ave, the bank building is part of a larger redevelopment by Park Row Development that will see the construction of a new 9-story building on the adjacent vacant lots to the north. 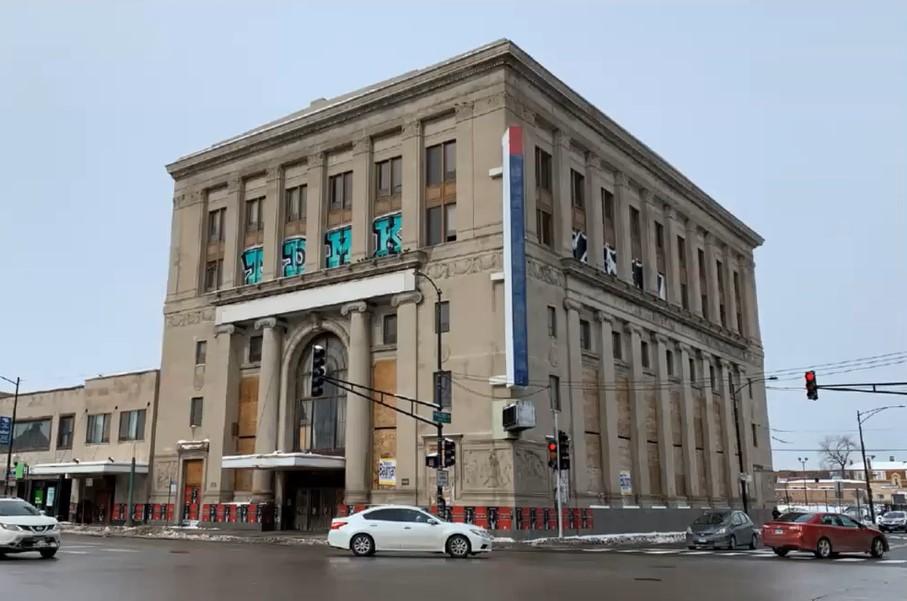 Built in 1924, the Pioneer Trust and Savings Bank Building will be converted into a cultural hub and community center with office space on the upper floors as part of the development. Designed by JGMA, the banking hall will be used as an indoor market and event space, with upper floors being reused as offices for JGMA itself. 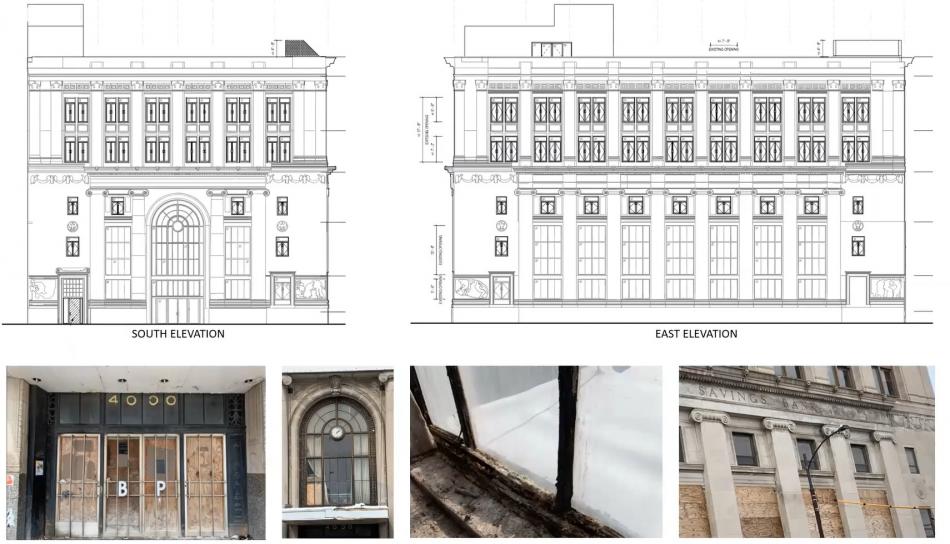 The restoration of the building will see the front doors to the banking hall repaired with the cast iron surround restored as well. The non-historic canopy will be removed, and a new code-compliant door will be installed in place of the door at the north end of the building frontage. Windows around the exterior will be repaired or replaced as needed, with windows on the north elevation to be removed and infilled with brick in anticipation of the new building to the north. The west elevation will see the carving out of the facade for a set of new windows on the upper floors. 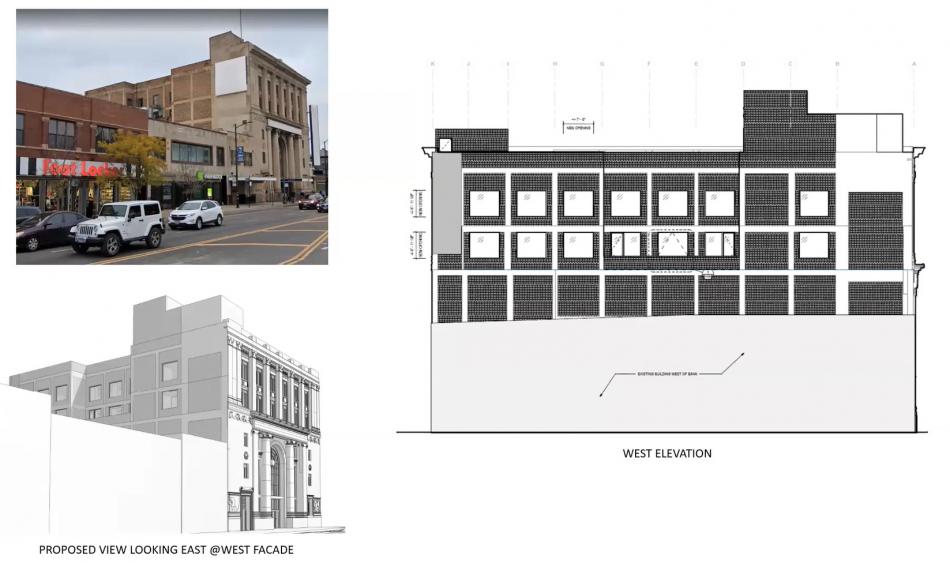 On the interior, the bridge over the south apse will get a code-compliant glass guardrail inbound of the existing historic metal railing, overlooking the banking hall. The secondary entrance will be reconfigured with a new stair and elevator along the north wall of the banking hall. After studying multiple locations, the elevator was placed where it can access all floors with minimal disruption. A new bridge will be added in the northern apse with a glass guardrail to connect the mezzanine levels. 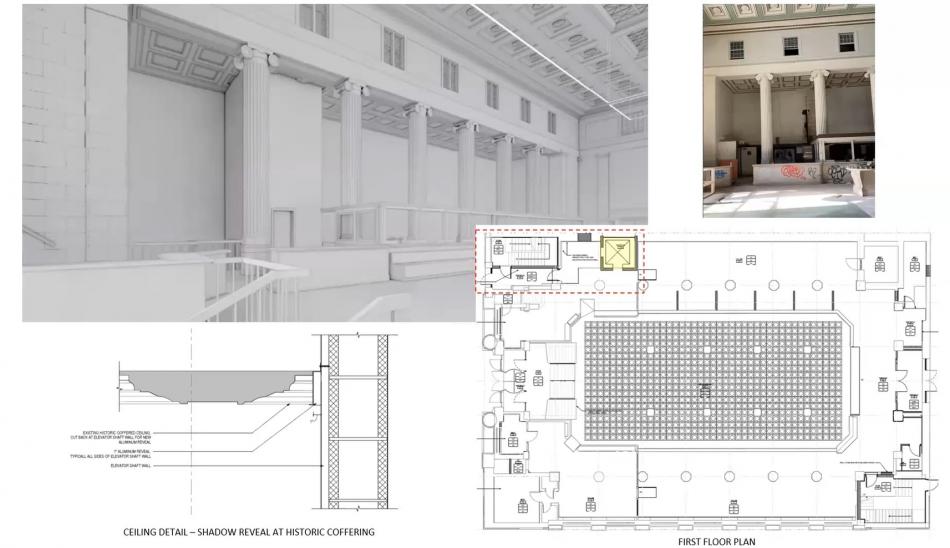 While the new building is not under the purview of the Permit Review Committee, the planned building will stand nine floors, encompassing a branch location of the Chicago Public Library, 79 affordable housing units, and a public plaza. The unit mix will consist of 40% one-beds, 30% two-beds, 15% three-beds, and 15% four-beds. 55 parking spaces will be incorporated into the building for residents. 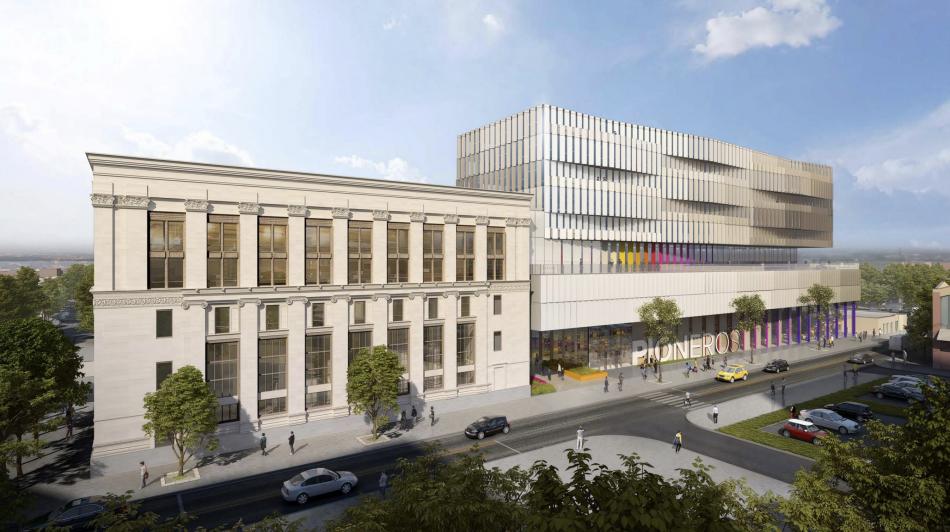 Extending the volume of the bank building, the new building extrudes and elongates that massing to the north, extending the history of the bank. This massing was then carved into programmatic volumes with open space for a ground floor public plaza.

With a vote of confidence from the Permit Review Committee, the development has one more approval secured before work begins. The overall project is expected to go through city approvals for a Planned Development and rezoning. A timeline for construction is currently unknown. 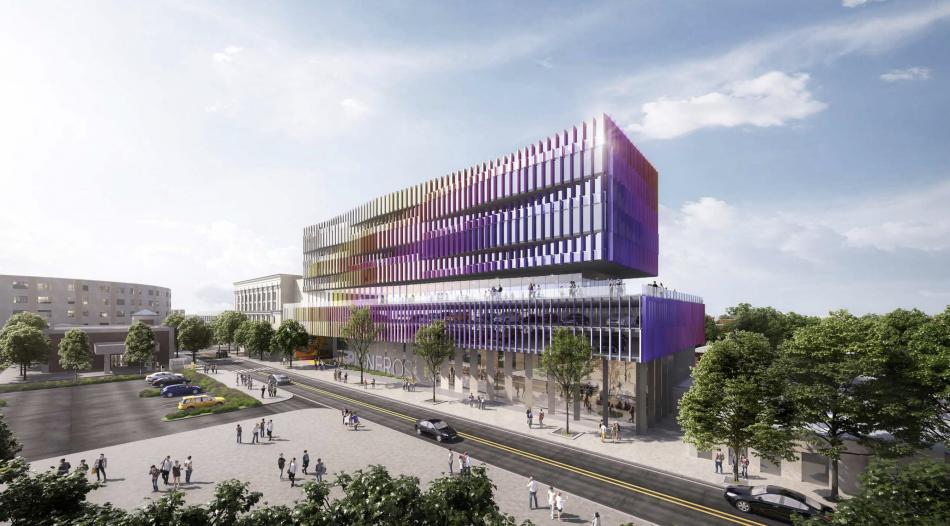