The Permit Review Committee has approved plans for the rehabilitation of the Laramie State Bank Building at 5200 W. Chicago. Planned as part of the Austin United Alliance proposal that won the Austin Invest South/West RFP, the building will be renovated and restored as part of the development. The development is being led by Heartland Housing Alliance and Oak Park Regional Housing Center. 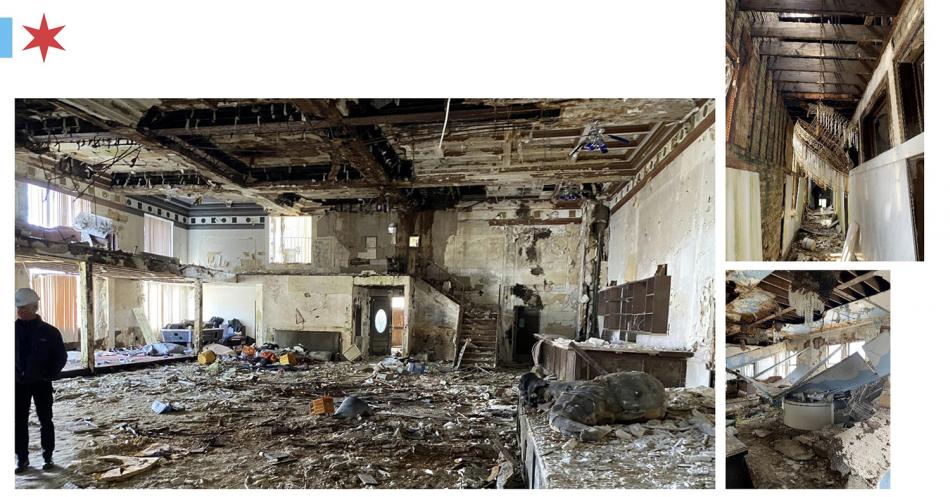 As reviewed by the landmarks division, the historic Laramie State Bank Building will be restored and reopened to the public with a new bank, cafe, Blues Museum, and office/coworking space. Led by Latent Design, the new design will redevelop the interior of the main banking hall and upper floors. Currently in the state of an architectural ruin, the main lobby space will have a restored coffered ceiling under which the new programs of cafe, Blues Museum exhibit, and a new bank branch will be housed. 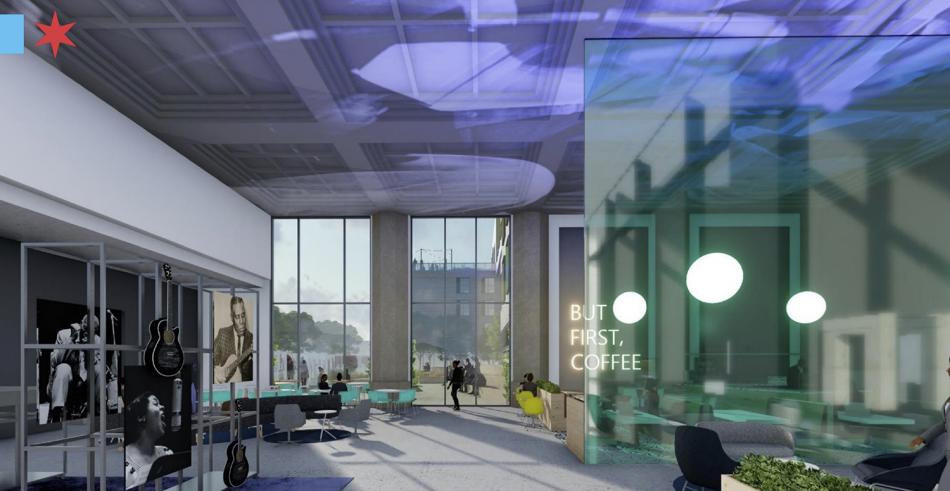 With Bauer Latoza Studio on the team leading the restoration effort, the building will see many exterior repairs as well. Currently, the exterior terracotta is in poor condition and is serelt cracked with many missing sections. The restoration will refurbish the existing terracotta and replace any pieces that cannot be retained. Existing windows will be replaced with new ones that will match the profile of the current windows. 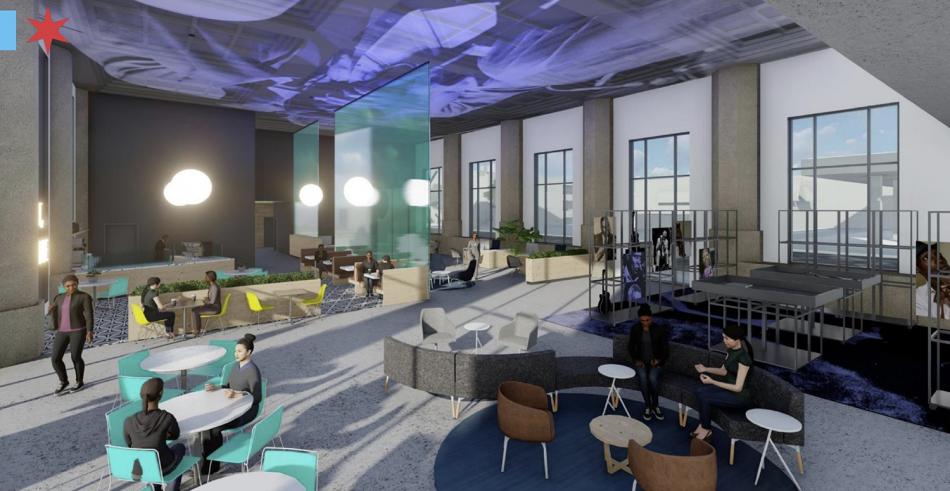 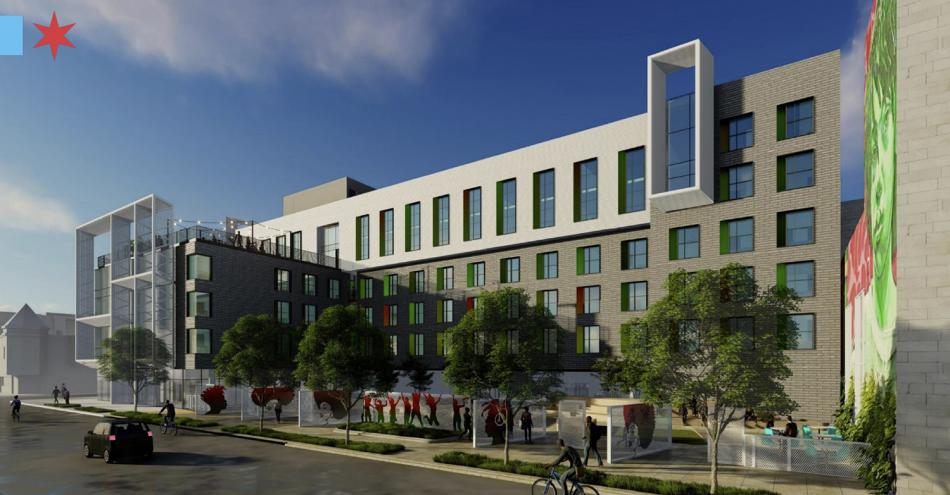 The design of the proposal looks to refer to the historic bank building in its design while suggesting a new future of development and activity for the neighborhood. The team is looking to create a catalyst for the neighborhood that sparks innovation, activates the area with a pedestrian-focused scale, and prioritizes the local community including through the establishment of a community-based non-profit board that will manage the reused bank building. 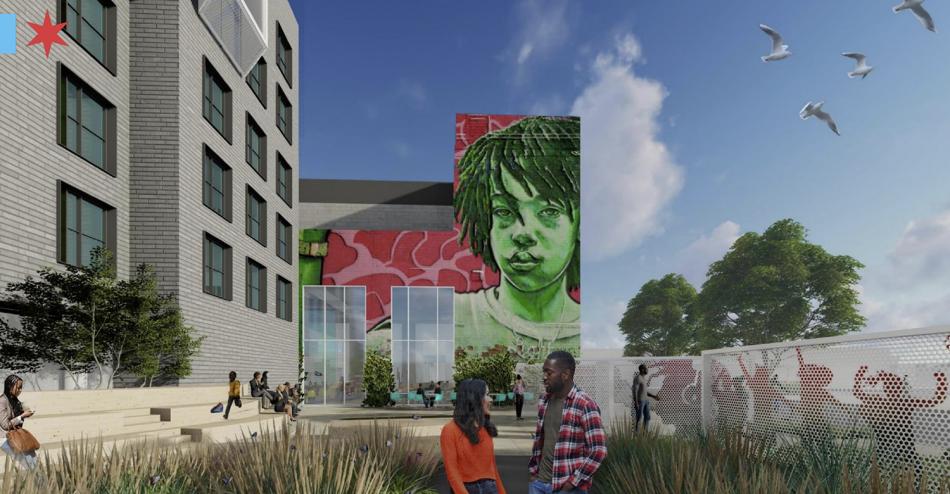 The new construction and former bank building will create a U-shape on the site, leaving the center middle portion open for a public plaza and green space. The plaza will be the fabric that connects new and old together and to the public. Pavings will extend into the sidewalk to welcome the public, while rotating screens will close off at night for residential access only. Public art will be featured on the screened gates as well as on the large blank wall of the bank building. The exterior space will offer green lawn spaces and plantings as well as seating opportunities and small areas to gather. 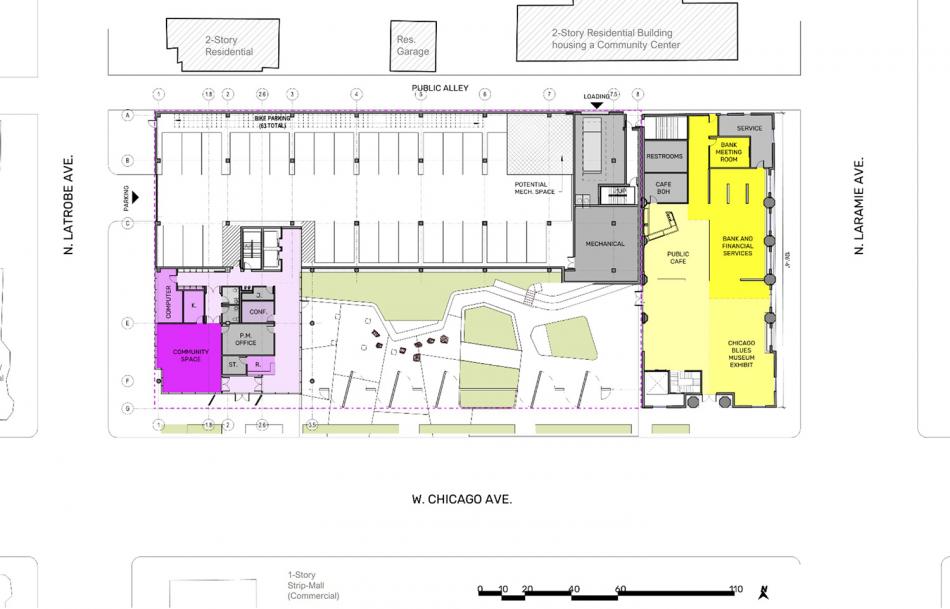 With this approval from the Permit Review Committee, the project team has the clearance from this division as part of their approval process. The development will go before the Community Development Commission this week to approve the land sale to the developer. Later this week, the project will also go before the Chicago Plan Commission before heading to the Committee on Zoning and full City Council. A timeline for construction has not been formally announced.