Mayor Lori Lightfoot has announced proposals for renovations of Soldier Field, an effort to reposition the stadium to deliver a world-class visitor experience. Stemming from the considerations and recommendations made by the Museum Campus Working Group, the proposal includes three options for renovating the stadium.

Earlier this month, the Museum Campus Working Group published its report, Where Worlds Connect, detailing key analysis and recommendations to enhance the Museum Campus. As part of that work, the Athletic Facilities subgroup met with experts to understand the current market, national and international competition from other event venues, and what Soldier Field needs to become a best-in-class visitor experience. 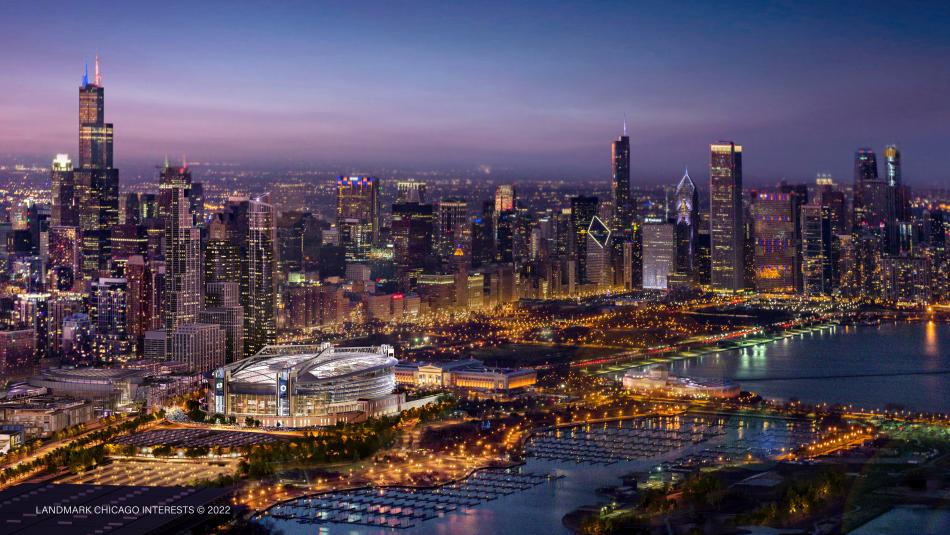 Led by Landmark Development and its president, Bob Dunn, this team of stadium engineers, designers, and financial experts with deep NFL experience has not only developed options which maximize the existing footprint of Soldier Field but also debunked the previously held assumption that Soldier Field cannot be domed.

The first option looks to fully enclose the stadium by rebuilding both endzones with columns that can support a dome structure. On the other hand, the second option would rebuild the endzones in a similar way with columns to make the stadium dome ready. Both of these options would make Soldier Field a top tier NFL stadium with tremendous opportunity for the Bears to fulfill their vision. 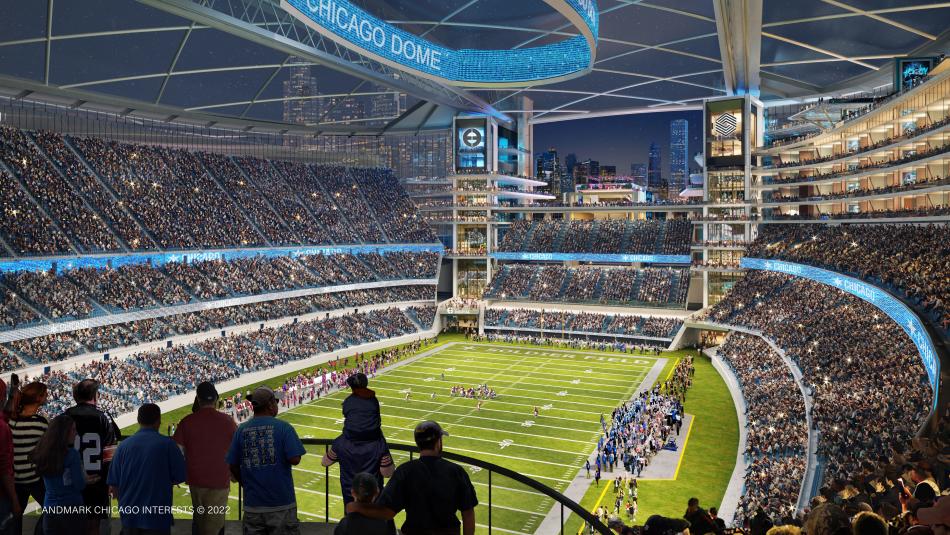 The final option would modify Soldier Field to be a multi-purpose stadium better suited for soccer while improving its flexibility to accommodate major concerts and a range of events. This plan would tailor the space to the Chicago Fire who already play in the stadium. 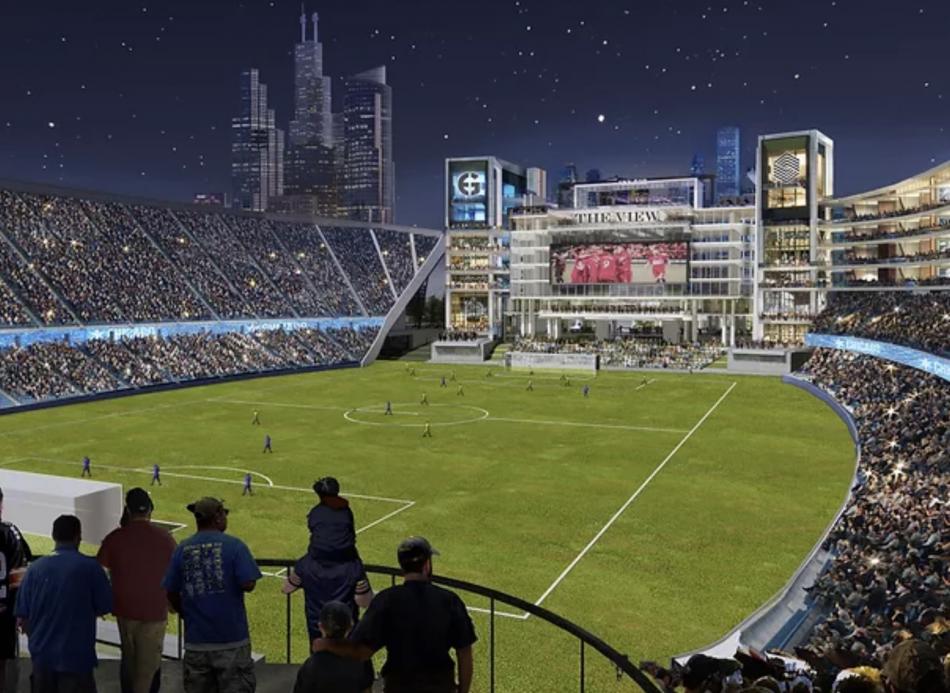 All three renovation proposals include major changes to the program and concourse space while preserving the historical components of Soldier Field including the colonnades. Specific changes include the expansion of seating from the current 61,500 seats up to 70,000 total seats, the increase in number of traditional suites from 133 to 140, the addition of six new major club and experiential areas, none of which currently exist at the stadium, and the addition of secondary club and activation areas to as many as 20. Fans will also have access to quadruple the amount of food and beverage offerings, going from 50,000 square feet up to 200,000. More flexible event space and multi-purpose venues will be included in the plan with capacities ranging from 5,000 to 60,000 or more. 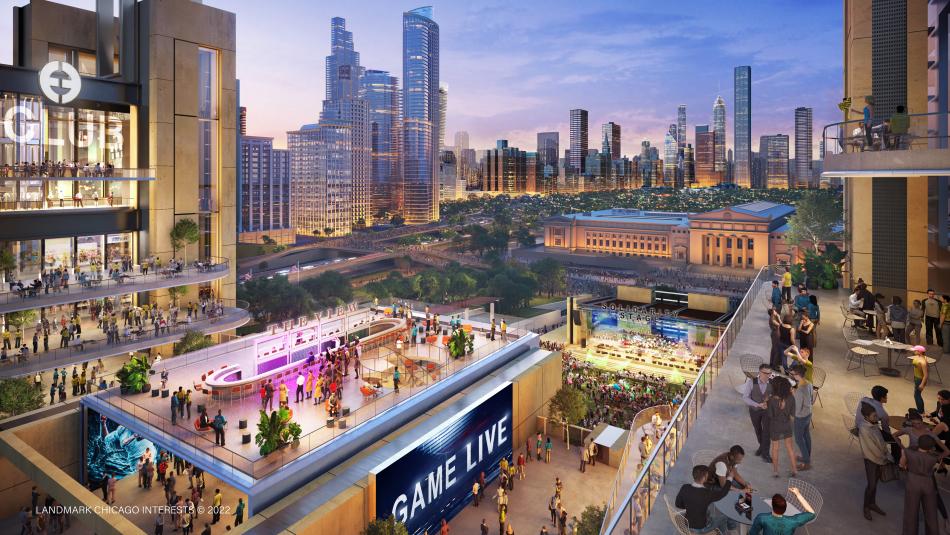 While the cost of each option must be refined based on a finalized scope, it is anticipated they will range from $900M to $2.2B - significantly less costly than building a new stadium. The cost benefit to the Bears of improving Soldier Field versus developing a new stadium on an alternate site is anticipated to be at least $1B to 1.5B or more. The overall proposal also includes the expansion of opportunities for major sponsorships and naming rights on the stadium.

Any of these renovation plans are expected to enhance Soldier Field’s ability to generate hundreds of millions of dollars of economic activity for Chicago and be a world-class destination for years to come.