This weekend, Chicagoans will get their first opportunity to explore the new visitor center at Pullman National Monument on the city's far south side. The attraction opens within the restored Pullman Clock Tower and Administration building at 11001 S. Cottage Grove Avenue and serves as the focal point for the 12-acre monument campus.

Designed in the late-Victorian style by Solon S. Beman, the clocktower was the architectural centerpiece of the community created in the 1880s by industrialist George Pullman to build his eponymous rail sleeper cars. Although envisioned as a master-planned utopia where employees would both live and work, the town was at the center of numerous labor and civil rights struggles including a bloody 1894 strike that brought the nation's railway system to its knees. 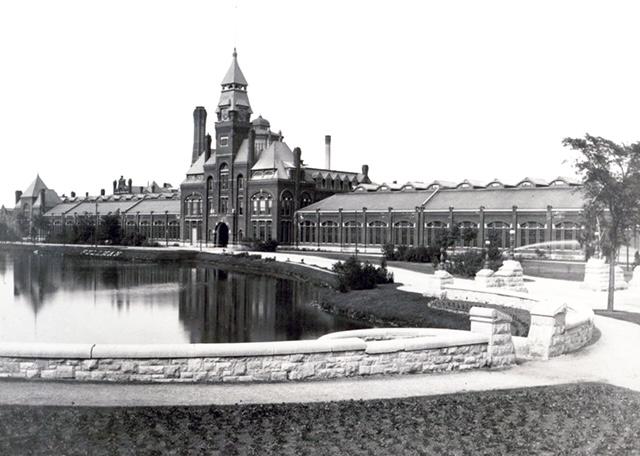 Preserving Pullman's history has been a decades-long grassroots struggle led by a coalition of preservationists, residents, and local stakeholders. The effort got a major boost in 2015 when President Barack Obama designated Pullman as Chicago's first and only National Monument. However, the Clock Tower building sustained heavy damage from an arsonist's fire in 1998 and required extensive repairs.

"We are thrilled to celebrate with our partners and visitors the grand opening of the visitor center, which was restored and renovated in part through the generosity of the National Park Foundation and its donors,” said Pullman National Monument Superintendent Teri Gage in a statement. "As a partnership park, Pullman National Monument benefits from the thriving urban community we call home, including the many partners whose efforts over decades have made it possible to preserve and share this special place in Chicago and American history."

The new center features exhibits exploring Pullman's vision to create the country's first planned industrial community, how the Pullman Porters formed the first black labor union in the country, the aforementioned strike, and how the community came together to preserve the historic district. There's even a replica of a Pullman Palace Car Company sleeper. 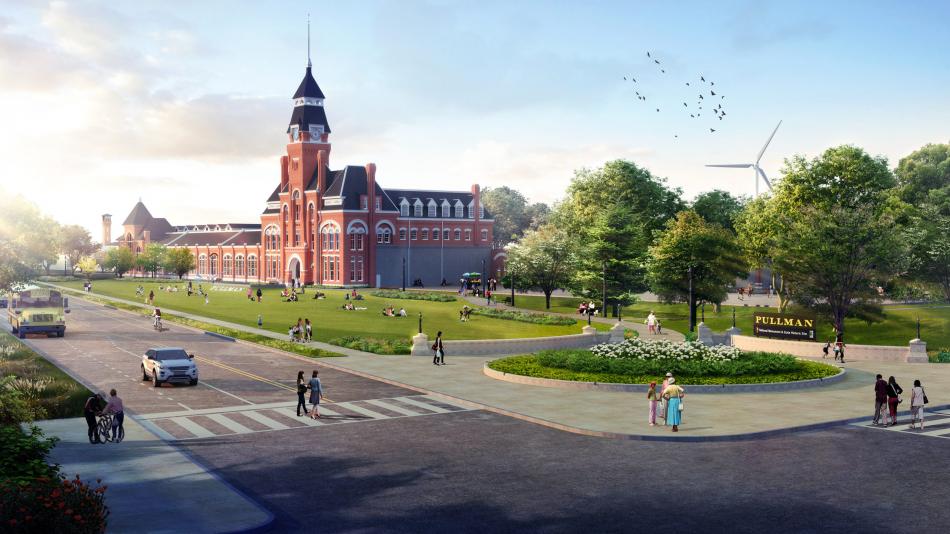 The monument's master developer is the Chicago Neighborhood Initiatives. The restoration of the Clock Tower and Administration building was overseen by architecture firm Bauer Latoza Studio and included "new plumbing/fire protection, HVAC, telecom, and electrical systems, and exterior building repairs," according to general contractor GMA Construction Group. The visitor center is located on the building's ground floor. Work on the upper floors is ongoing.

Taking place on September 4 and 5, the Labor Day weekend grand opening celebration features guided tours of the visitor center, the nearby historic Hotel Florence, and three historic Pullman-built rail cars at the 111th Street Metra Station. The programs are free but will require tickets (offered on a first-come basis) to ensure manageable crowds for social distancing.

Supporters of the monument hope the facility will be an economic driver for the Pullman community, which has seen encouraging signs of growth in recent years. This spring, developers cut the ribbon on the affordable Pullman ArtsSpace Lofts—the neighborhood's first new multifamily development in more than 60 years.