The design of a massive mixed-use campus that includes a new home for Saint Anthony Hospital is starting to take shape in Little Village. Known as the Focal Point Community Campus, the 30-acre project is slated for 3201 W. 31st Street—a vacant parcel once home to the former Washburne Trade School.

Not-for-profit developer Chicago Southwest Development Corporation presented updated plans for the site this week at the second meeting of the Chicago Committee on Design. Although the committee lacks the power to approve or block the project, it can make recommendations and provide advisory guidance to the development team and city planners. The somewhat rough renderings—created by architecture firm HDR—suggest the design is likely to continue to evolve. 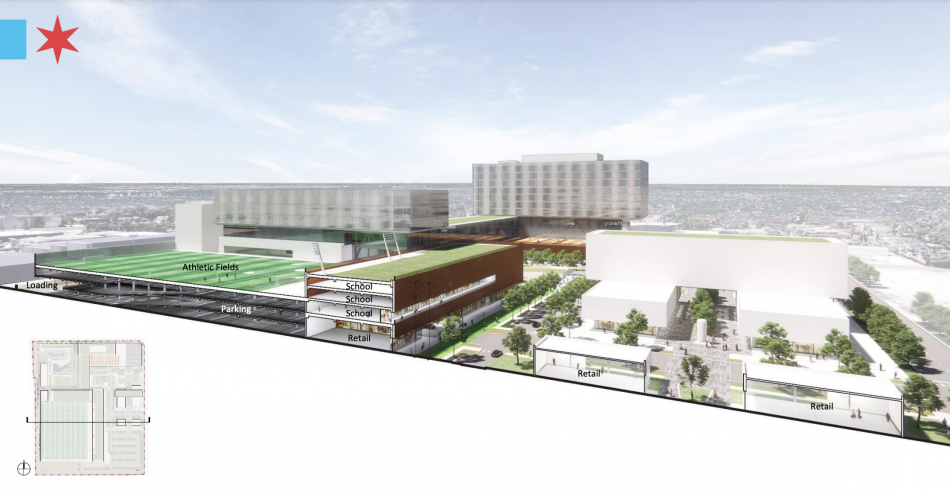 The latest proposal calls for nearly one million square feet of development built in phases. The tallest hospital building tops out at 12 stories (206 feet) and houses 151 beds for Saint Anthony's. It connects to a seven-story outpatient facility and a three-level parking garage capped by baseball and soccer fields. The project also includes new retail space, affordable housing units, offices, a business incubator, a community center, a daycare facility, a trade school, an outdoor amphitheater, and bike and pedestrians connections to the planned El Paseo rails-to-trail project.

The development has been in the works for 10 years and achieved a key milestone in April when the Chicago City Council signed off on a measure to sell the city-owned property to the Focal Point team for $5 million. The estimated $600 million project still requires zoning approval from the city. The developers hope to begin construction in 2023 and welcome patients in 2026—if approvals go as planned. A video of the Committee on Design meeting can be viewed here. 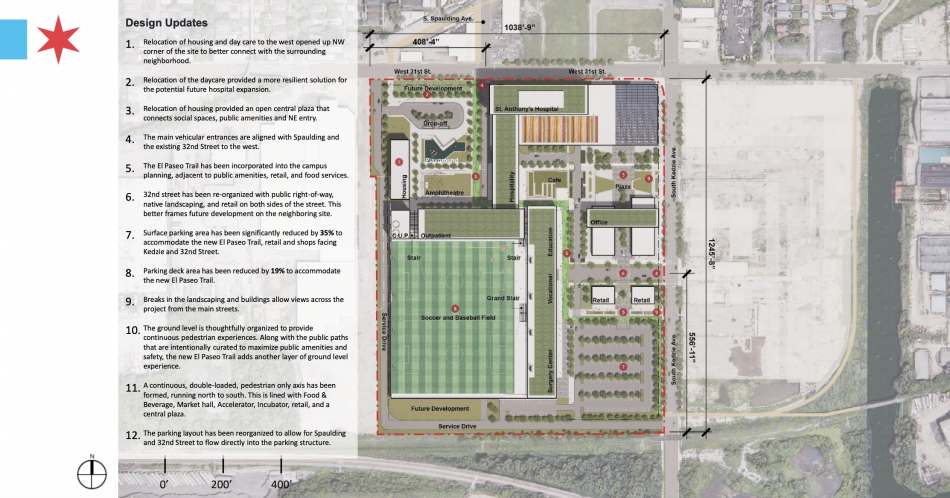