After breaking ground in February, Evergreen Real Estate Group and Structured Development are making notable progress on a collection of three 4-story residential buildings along the 700 block of West Schiller Place on the city's Near North Side.

Dubbed "Schiller Place Apartments," the development will deliver 48 mixed-income rental units to a skinny parcel that was formerly home to the Isham YMCA, just south of the Mariano's in the NewCity development. Three buildings will each contain 18 apartments and provide surface parking for 18 cars. 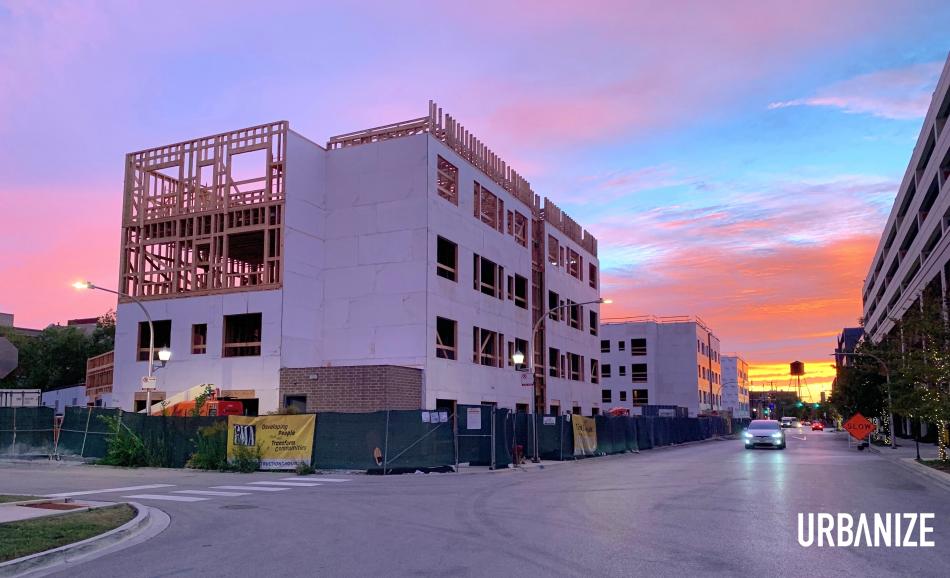 Just eight of Schiller Place's units will be offered at market-rate rents. The remaining 40 units will be set aside as affordable housing for households earning between 30 and 60 percent of the Area Median Income (AMI). The development also secured project-based vouchers for 24 units through the Chicago Housing Authority (CHA).

The layout of the wood-frame structures was selected due to the site's narrow 50-foot depth, which was too restrictive for traditional double-loaded floorplans, according to architecture firm Bailey Edward. Chicago-based GMA Construction serves as the general contractor. Completion is expected in early 2022. 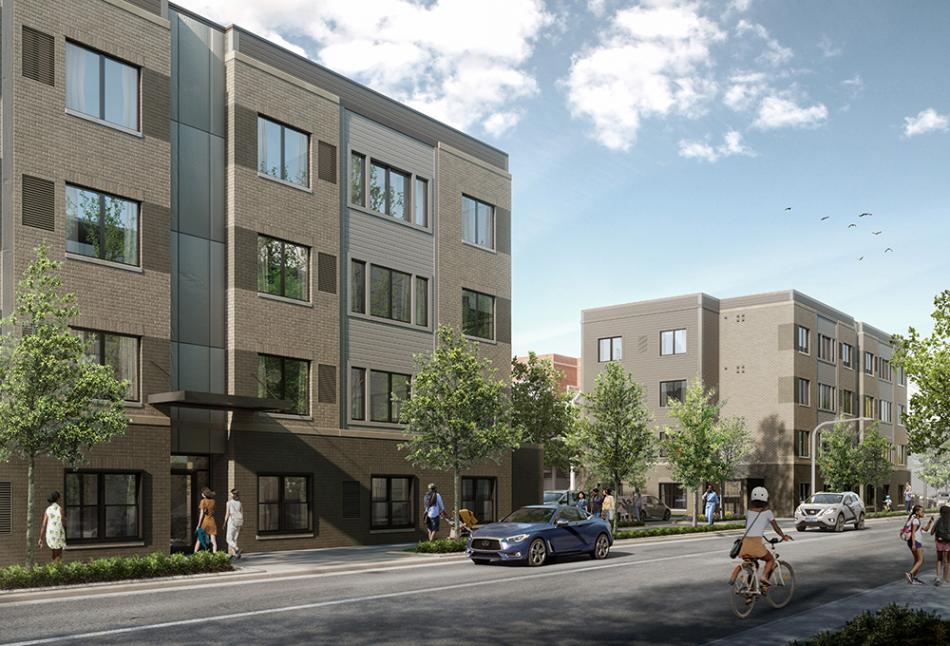 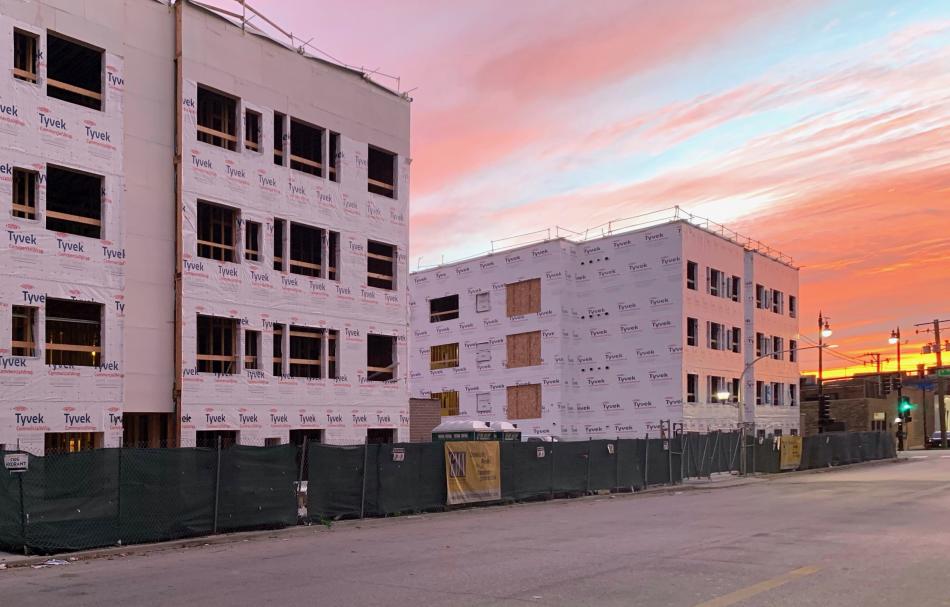