In 2019, LG pitched a 21-story office and 17-story, 187-room hotel for the irregular L-shaped site along with plans to renovate the Arthur Harris building, which is a contributing structure in the Fulton-Randolph Historic District. While the developer still plans to convert the historic Arthur Harris property into retail space, just about everything else about the proposal has changed. 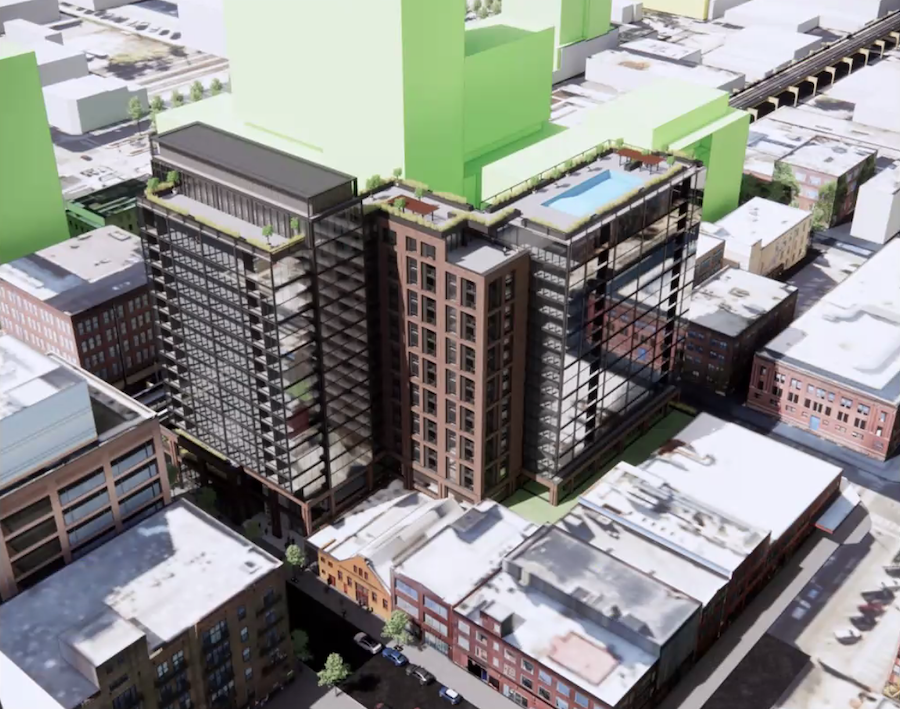 The tower portion of the development zig-zags across the site in a 'W' shape.NORR

Designed by NORR, the updated scheme calls for a single 19-story apartment building that will rise 238 feet above a masonry base containing retail space and parking for 102 cars. The glassy residential floors zig-zag above the site to avoid the historic district and maximize views for the building and its neighbors, according to the development team.

About 30 percent of the 414 apartments in the transit-oriented development will be studios. Fifty percent will be one-bedroom, and the remaining 20 percent will be offered as two- and three-bedroom units. LG is required to provide 20 percent affordable housing and all of those units will be located on-site.

"The switch to residential was made during COVID when we realized that office and hotel were going to be difficult to get done," said Michael Ezgur, a zoning attorney representing the development team, at Monday's meeting. "When residential became appropriate North of Lake Street, this development shifted that way." 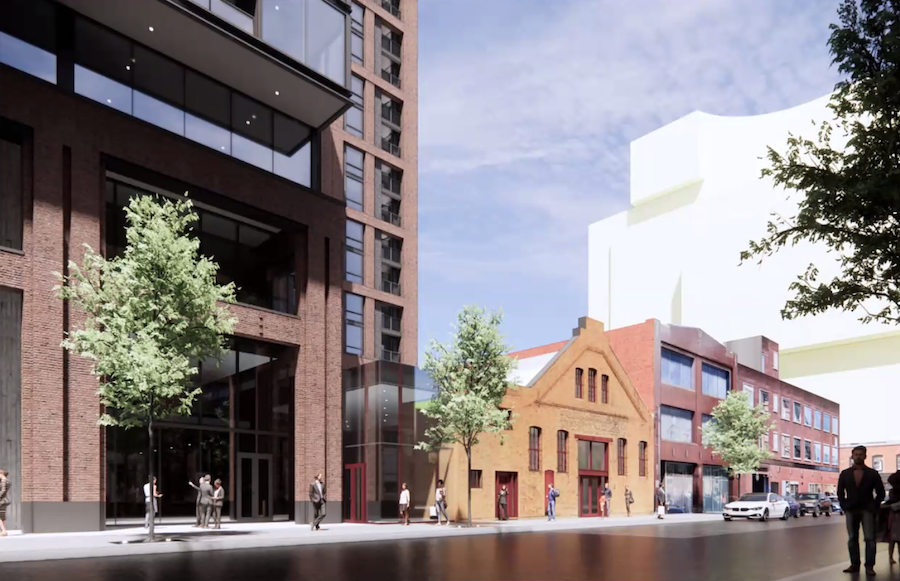 The existing Arthur Harris building (center) will be renovated into retail space connected to the new development (left).NORR

The meeting for 210 N. Aberdeen comes just one week after LG revealed a revised design for its development at the 1100 block of Lake Street which eliminated an office building on the north side of the street in favor of apartments.

Meanwhile, other developers are looking to take advantage of the relaxed zoning rules north of Lake. Fulton Street Cos. is seeking approval for a 34-story, 433-unit rental tower at 1201 W. Fulton, and Trammell Crow recently submitted a zoning application for a 33-story, 378-apartment proposal at 1112 W. Carroll.

The revised plan for 210 N. Aberdeen will require the approval of the Chicago Plan Commission and City Council. If approvals and permitting go as planned, LG's Brian Goldberg said he hopes to break ground on the project roughly 11 months from now.