As CIM Group and Golub & Company wrap up their conversion of Tribune Tower into luxury condos, the developers have revealed the first tenant for the property's renovated ground-floor retail space: Chicago's own Museum of Ice Cream.

Part interactive art exhibit, part Instagram trap, the experiential attraction headed to 435 N. Michigan Avenue will be the museum's fourth permanent location when it opens in spring 2022 (joining New York, Austin, and Singapore). It will feature a "sprinkle pool," a minigolf course, and a cafe plus Chicago-specific touches, including a CTA-inspired train car called the "Sprink-L." The colorful space will open onto the adjacent Pioneer Court public plaza, which is undergoing a major overhaul of its own.

"The opportunity to open one of the most ambitious formats of Museum of Ice Cream at Tribune Tower on the Magnificent Mile is incredibly exciting," said Maryellis Bunn, co-founder and creative director at MOIC, in a statement. "The history of architecture, art, and revolutionary commerce in this district over the past 100 years makes this a perfect setting for the next iteration of Museum of Ice Cream." 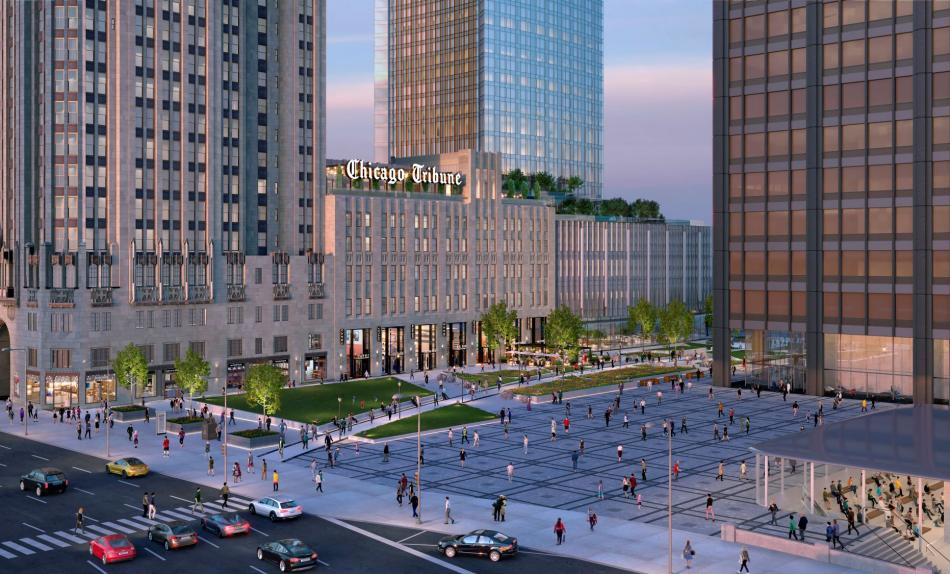 "Museum of Ice Cream has raised the bar on customer engagement and set a new standard for creative experiences, which we believe is the type of attraction that will draw scores of people to the area that will energize Pioneer Court and patronize other businesses and dining options here on the Magnificent Mile and the Riverwalk," added Shaul Kuba, co-founder and principal of CIM Group.

The museum will occupy roughly 13,000 square feet of Tribune Tower's total 50,000 square feet of ground-floor retail space. On the floors above, residents are starting to move into the building's newly created 162 luxury condominiums (one unit recently sold for more than $8 million). CIM and Golub purchased the landmark tower in 2016 for $240 million. In 2020, the team secured zoning approvals for a 1,422-foot skyscraper slated for the vacant parcel to the east, but has yet to break ground on the planned supertall tower.

The Museum of Ice Cream's long-term lease is good news for the greater Magnificent Mile, which has struggled to maintain its status as Chicago's premier shopping destination after facing rising vacancies related to COVID and last summer's looting. Experiential offerings such as Tribune Tower's Museum of Ice Cream and the soon-to-open Dr. Seuss Experience at Water Tower Place could be the key to easing vacancies, drumming up foot traffic, and restoring some of that lost luster. 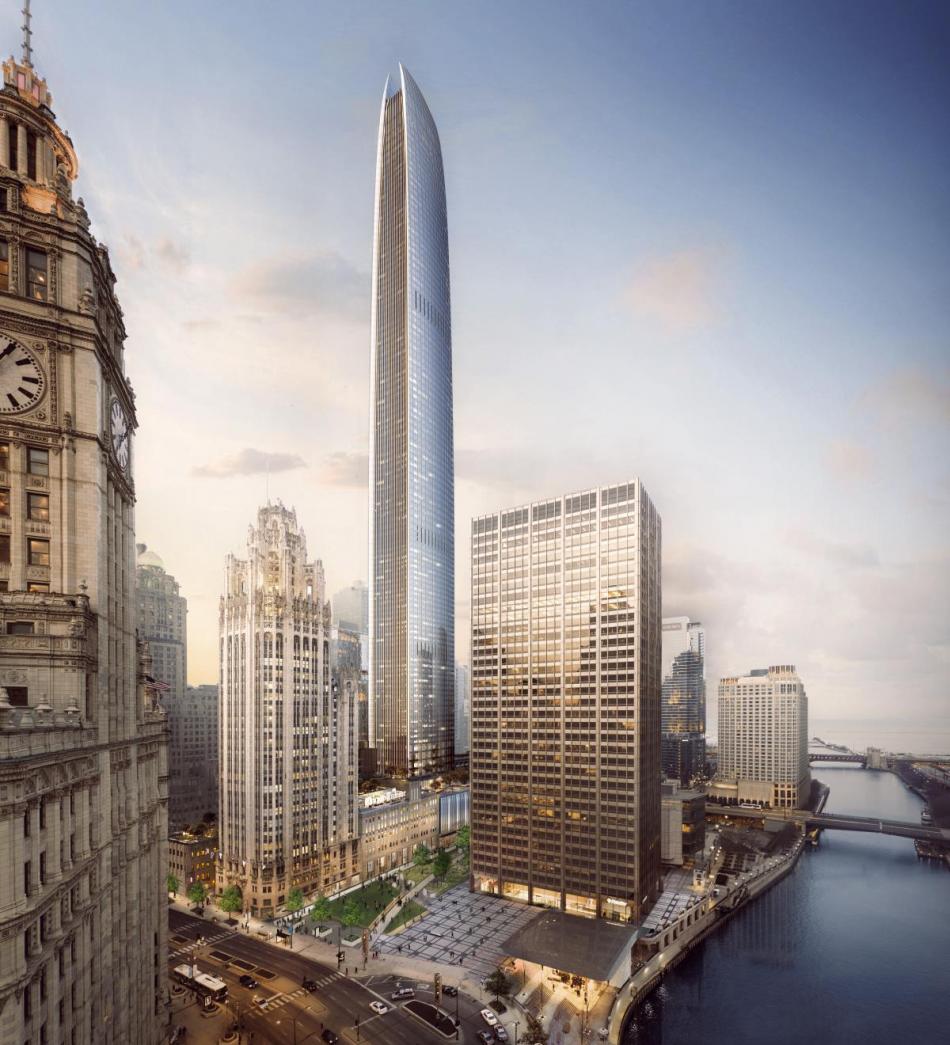