A plan from the Public Building Commission of Chicago to build a new elementary school at the southeastern corner of Riis Park is moving forward in the Belmont Cragin community on the city's Northwest Side. On Tuesday, the project was awarded an estimated $34.4 million construction permit—a clear signal that work could soon begin along the 6100 block of West Fullerton Avenue.

The Chicago Park District Board voted in January to lease roughly 3.25 acres of parkland to the Chicago Public Schools for 40 years with an option to renew. Under the agreement, CPS will pay for the school, and the Park District will get $10 million in Tax Increment Financing (TIF) money to improve the park's existing 1920s-era field house, reported WTTW Chicago. Zoning for the Belmont Cragin project was approved by the Chicago Plan Commission in February. 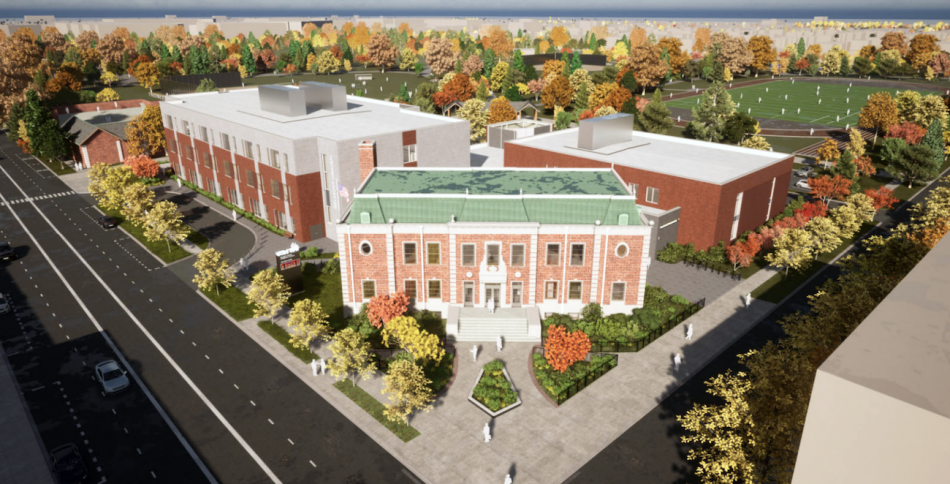 Designed by SMNGA and FORMA Architecture, the new school will connect to the Riis Park field house and replace the old building's gymnasium wing. The upcoming complex includes a three-story classroom structure plus a multi-purpose building containing a gym, cafeteria, and auditorium space. The plan also calls for a new parking lot with spaces for 43 vehicles and improvements to the nearby playground.

Construction on the new school is scheduled to begin this fall, and the recent building permit is a good indicator that the project appears to be on track. If everything moves forward smoothly, the facility could be ready to open in time for the fall 2022 school year. George Sollitt Construction Company will serve as the general contractor, according to information listed on the permit. 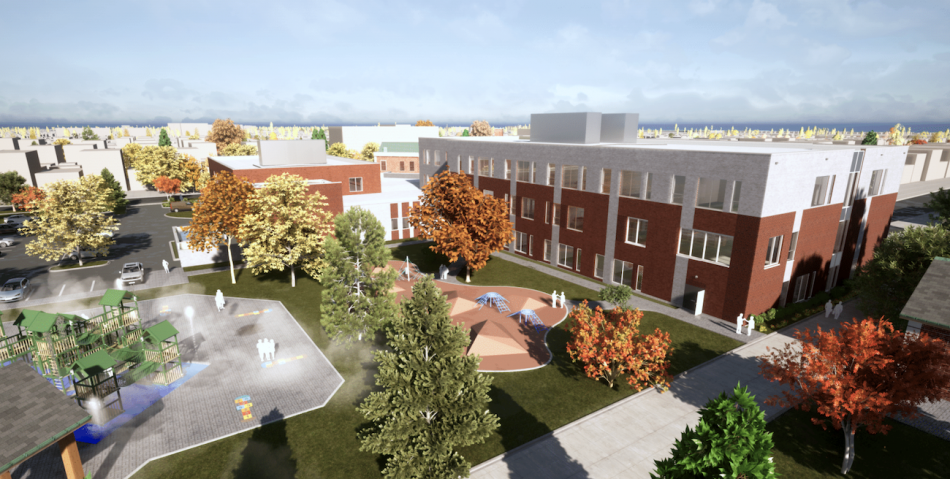