A long-discussed plan to overhaul the State/Lake 'L' station in the Loop is finally beginning to feel real. Last week, Mayor Lori Lightfoot, the Chicago Department of Transportation (CDOT), and the Chicago Transit Authority (CTA) released a preliminary design concept for the estimated $180 million project.

Designed by TranSystems and Skidmore, Owings & Merrill, the plan aims to replace the existing 100-plus-year-old structure with a modern, fully ADA-accessible facility serving the CTA's Pink, Green, Brown, Orange, and Purple lines. Improvements include wider platforms, new escalators, four elevators—one at each corner of the intersection—and an accessible fly-over bridge connecting the north and south side of the tracks.

The most eye-catching feature of the new station is its glass dome enveloping the platforms. Resembling a giant turtle shell, the transparent roof is clad in fritted patterned glass to provide protection from the elements as well as minimize bird collisions. Beneath its glistening canopy, the design will preserve some structural elements of the existing station. 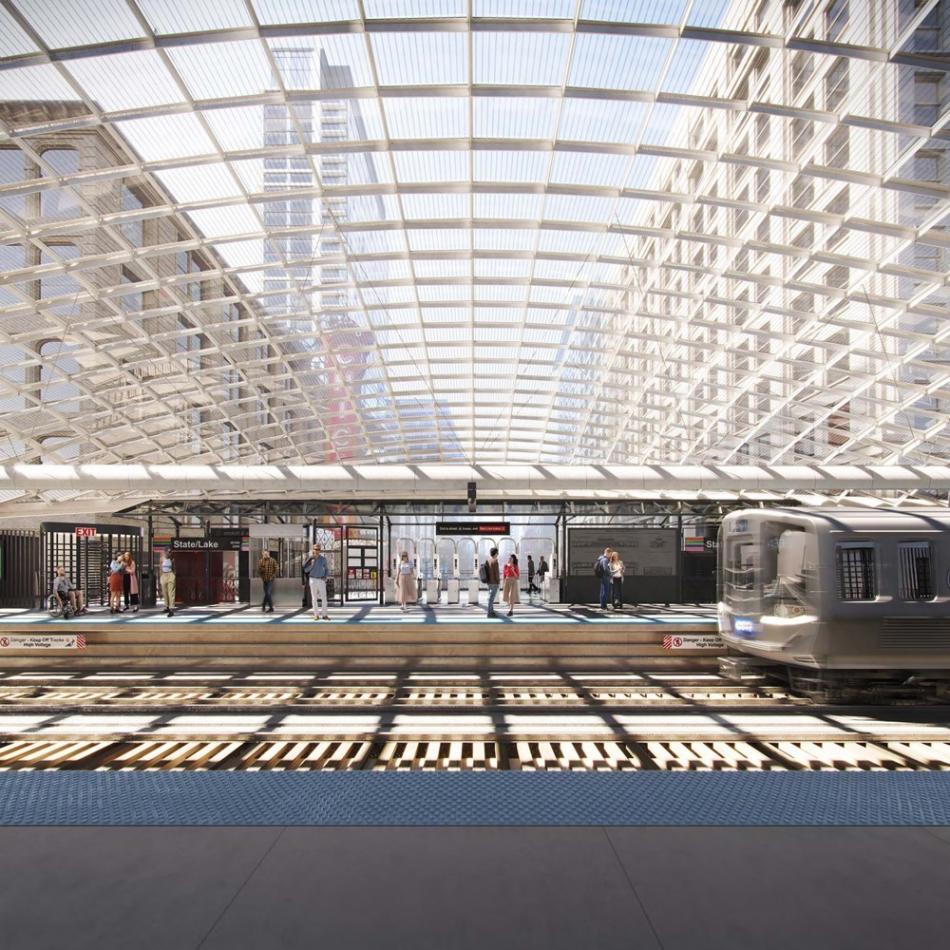 The original State/Lake elevated stop dates back to 1895, but officials have been exploring plans to replace the station (or combine it with other stops) since at least 1998. The State/Lake station is the second-busiest 'L' stop in the Loop and served more than 3.7 million riders in 2019, prior to the pandemic.

The project's elevators and escalators will "improve connectivity between the elevated lines of the downtown Loop and the underground Red Line on State Street," according to a CTA press release. The plan does not, however, include a direct link between the new station and the Red Line subway—a key feature that has long been on the wish lists of many transit advocates.

Expected to cost $180 million, the new station has secured $11 million in engineering and design funding and $119 million in construction funding through the federal Congestion Mitigation and Air Quality Program. The project is currently going through a required National Environmental Policy Act (NEPA) review.

City officials are seeking additional funding from other sources to cover the remainder of the station's cost. Once the design is finalized and funding is secured, construction is expected to take approximately three years. 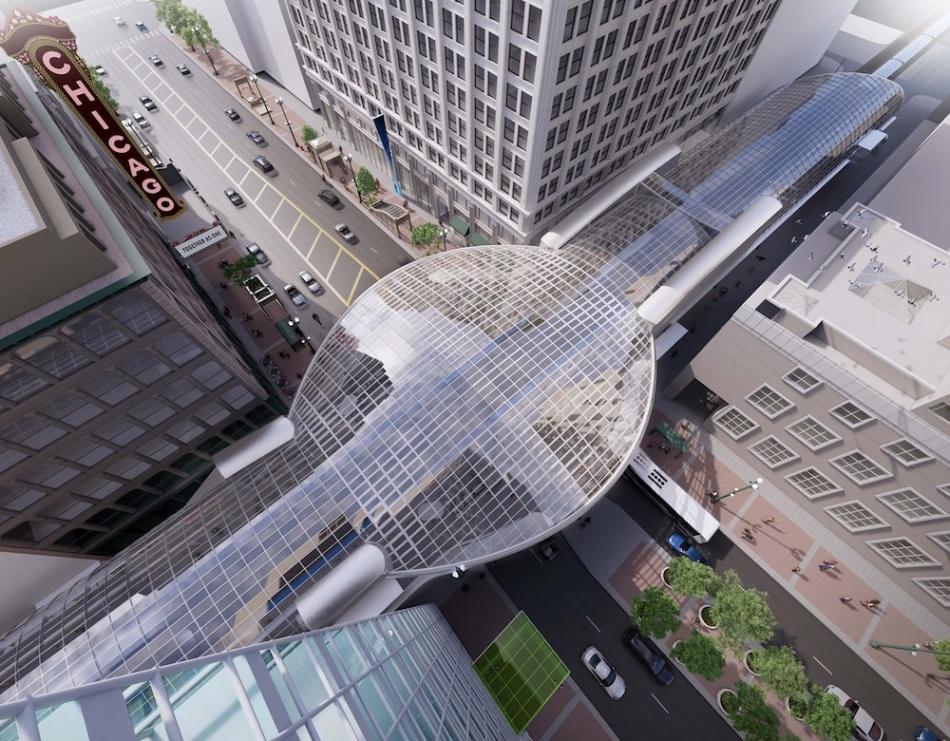 "The design for the new State and Lake CTA station provides a first-class, fully accessible new gateway serving transit riders from every corner of Chicago at this historic intersection in the center of the city," said CDOT Commissioner Gia Biagi in a statement. "The investment in this light-filled new transit hub sends a strong message that Chicago's downtown is coming back better than ever from the challenges we’ve faced in the last year."

The State/Lake station is poised to join other major CTA capital improvement projects including a three-year-long process to demolish and rebuild four north side Red Line stations at Lawrence, Argyle, Berwyn, and Bryn Mawr. On the city's near west side, work is expected to soon begin on the delayed Damen Green Line station. The CTA is also exploring plans to eventually extend the Red Line 5.6 miles south from 95th Street to 130th Street.