On Thursday evening Novak Construction revealed its vision to redevelop the shuttered Sears store at Six Corners in Portage Park into a mixed-use complex with new retail space, parking, and rental units.

The plan would breathe new life into the hulking commercial building which has sat vacant since closing in July 2018. Although a joint venture between Tucker Development and Seritage Growth Properties pitched a $200 million proposal to redevelop the store at 4730 W. Irving Park Road, that plan did not move forward. Novak purchased the property in September 2020.

"As many would agree, this site has the potential to play a role in helping to transform our community and give our local economy a boost that is long overdue," said Ald. James Gardiner (45th) at a virtual community meeting to discuss the plan. Gardiner noted that Six Corners was once the second busiest shopping district in Chicago, and that the shuttered art deco structure was one of a handful of stores that featured the "iconic" second-floor showcase window—an architectural feature the developers hope to retain. 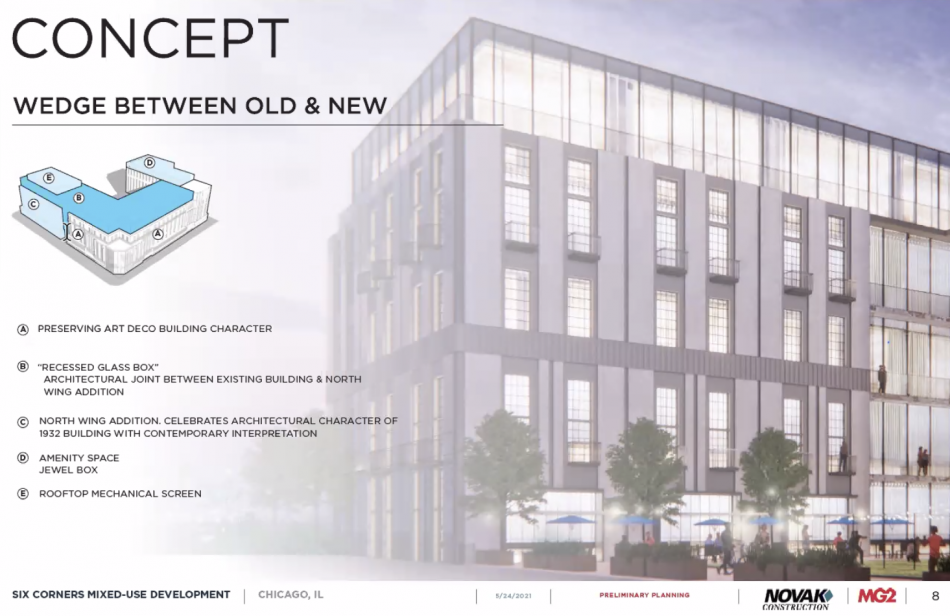 Novak's plan would demolish the 1970s-era addition on the east of the building and construct a five-story residential wing to the north and a sixth-floor glass-enclosed amenity area and an outdoor pool. The proposal would also reclad the exterior with a vertical pattern to evoke art deco architecture and rebuild the "lantern" section on the corner, which is no longer structurally sound according to the development team.

Designed by architecture firm MG2, the proposed mixed-use complex will contain 208 apartments offered in studio, one-, and two-bedroom floorplans. Apartments on the fifth floor will boast 18-foot ceilings and some units will be lofted. Monthly rents are expected to be in the $2.75 to $3 per square foot range, and there will be six affordable-rate residences on-site. 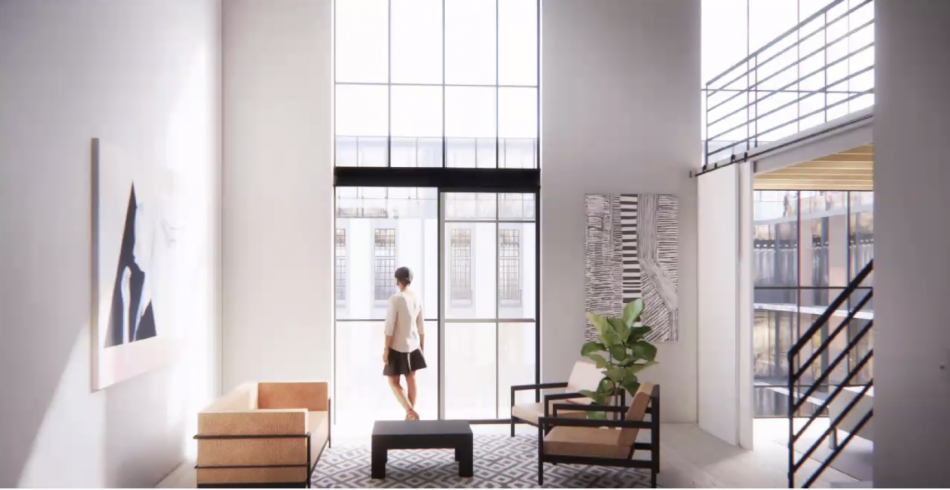 A rendering of a fifth-floor apartment unit with 18-foot ceilings and a lofted living space. Novak/MG2

The current plan does not include the former Sears Auto Center on the north side of Cuyler Avenue, but the developers did not rule out redeveloping that portion of the property as part of a future phase.

Novak will need to amend an existing Planned Development to build their proposal and hope to get the city's approval this fall and break ground next spring. Construction will take roughly 18 months.

If approved the Sears redevelopment would join the 10-story Clarendale Six Corners senior housing project currently under construction across the street. 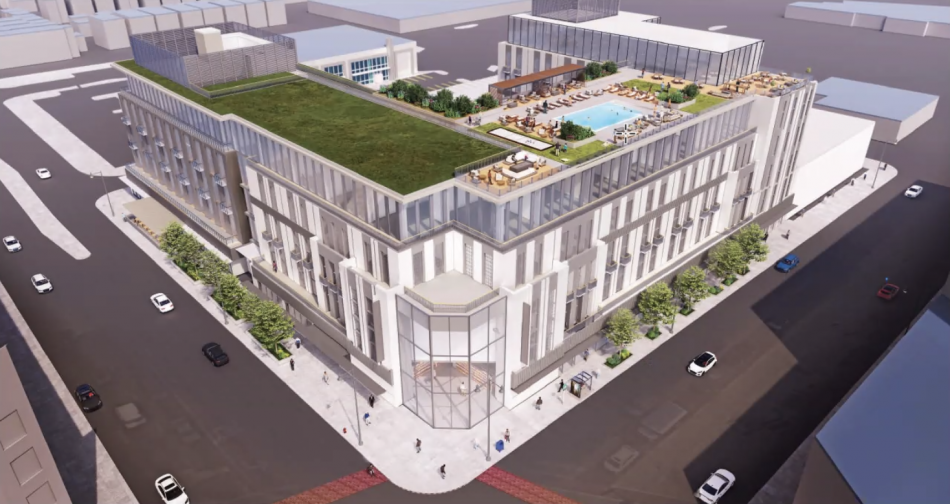