Behind the Michigan Plaza office complex at 205 and 225 N. Michigan Avenue, work is nearly complete on a year-long effort to reimagine a nearly one-acre outdoor terrace into a new "social hub." The redesigned plaza connects to new interior amenities and features a putting green, a fire pit, a bocce court, and bar seating beneath a bronze-colored trellis. 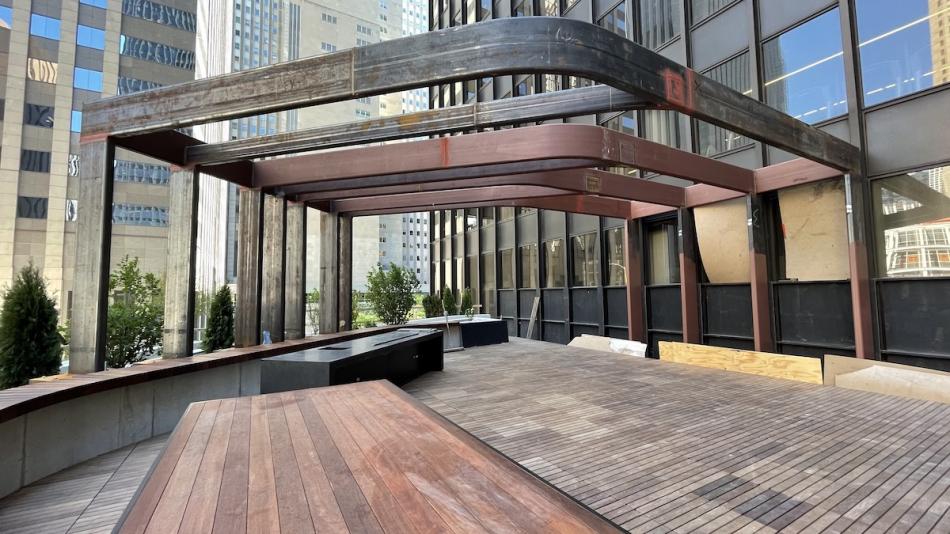 Construction on the $10 million project began in September and was overseen by global architecture firm CannonDesign, which has its Chicago office at the site. The outdoor space is part of a five-year masterplan to reposition the building by modernizing the amenities, which included CannonDesign's earlier overhaul of the buildings' dated 1980s-era lobby space.

The previous plaza area was cut off from the rest of the complex and was home to little more than a pair of larger planters. Tenants essentially had to walk outside and around the block to access it. "It was desolate," architect Michael Kmak told Urbanize. "Our goal was to re-stitch it back into the urban landscape." 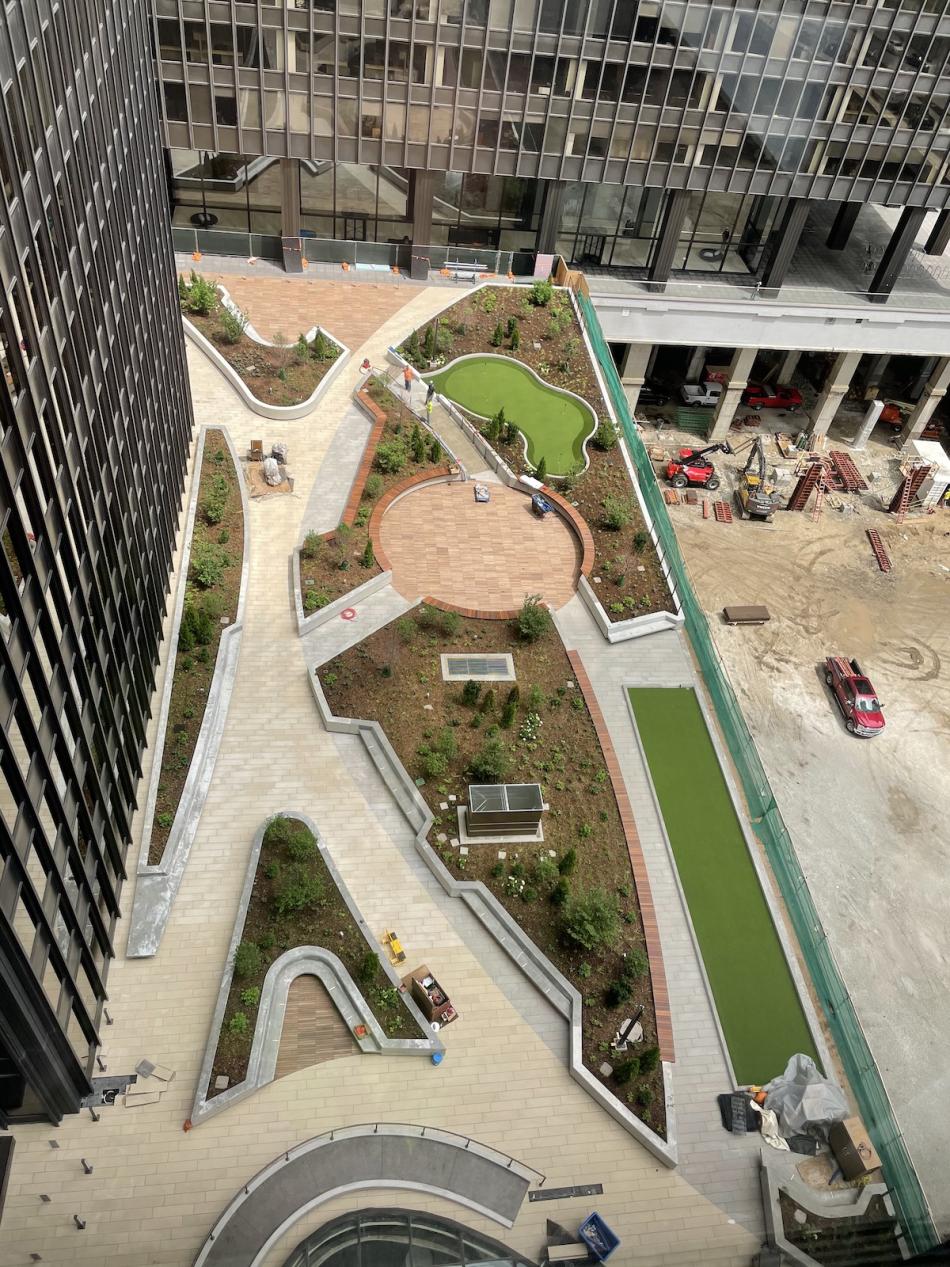 The redesigned plaza features a direct link to a newly completed tenant lounge as well as a new pedestrian access point off Lake Street. The design also includes future connection points to whatever is eventually built at the long-vacant development site to the east (the empty parcel was also used as a staging area during construction).

"The spaces are designed to facilitate movement and connection to each other," said Kmak. "This is true of the entire building renovation, too. The design inspiration is a deep study of how people move and meet in these Miesian environments. We distilled the raw materials as inspiration and layered in the movement of daily life to foster connection, respite, and reflection." 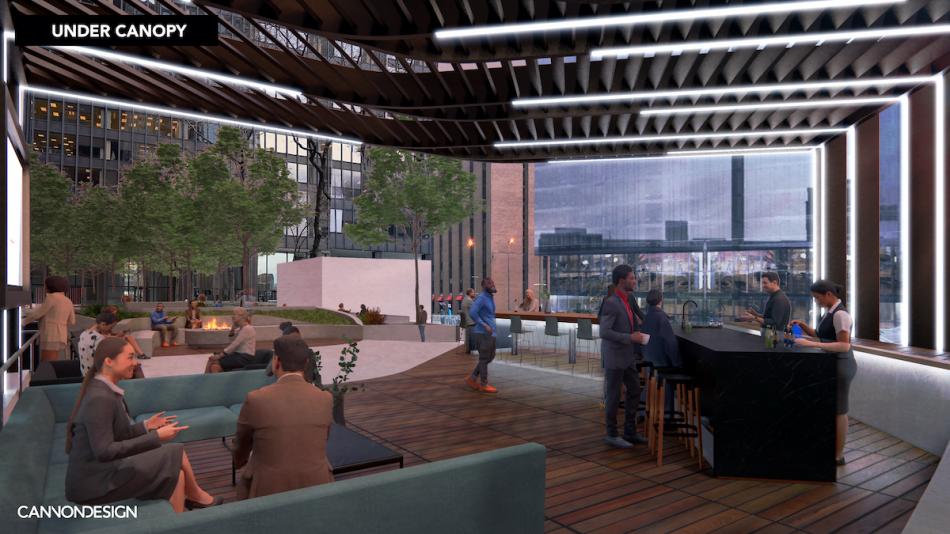 Chicago-based landscape architect TGDA collaborated with CannonDesign and selected plants that would flourish in the shadier environment of the plaza. Pepper Construction serves as general contractor, and the project is on track to finish around Labor Day.

Michigan Plaza isn't the only downtown office complex that is reactivating underutilized outdoor space as part of a broader strategy to attract workers back to the office as the pandemic wanes. Just one block away, work continues on a $6.5 million project to reimagine the 1970s-era plaza at the base of the Aon Center.