The team behind a proposal to preserve and expand the neglected Laramie State Bank building in Austin presented revised renderings of their West Side project to Chicago's newly formed Committee on Design.

Under the plan, Austin United Alliance would transform the 1920s-era Art Deco structure at 5200 W. Chicago Avenue back into a bank plus a cafe space, business incubator, and a museum dedicated to blues music. Vacant land to the west would support a six-story addition containing 76 residential units, 30 parking spaces, a roof deck, and a publicly accessible plaza. 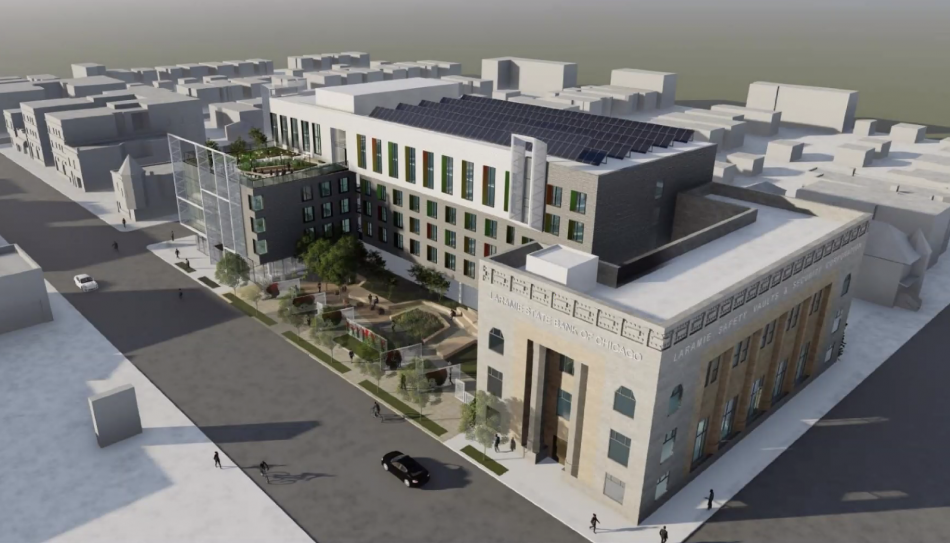 The most recent images from architects Valerio Dewalt Train Associates and Latent Design show minor refinements to the development's architecture and programming compared to what the developers submitted to the city's INVEST South/West design competition earlier in the year. The most notable change is to the addition's western end, which was resized to better match the dimensions of the existing bank.

"Since [the competition], we have continued to study our brise solei, that protects the building from the sun at the corner of Latrobe and Chicago," said Joseph Valerio at Wednesday's virtual meeting. "We wanted our new element to have a stronger geometric relationship to the historic bank building." 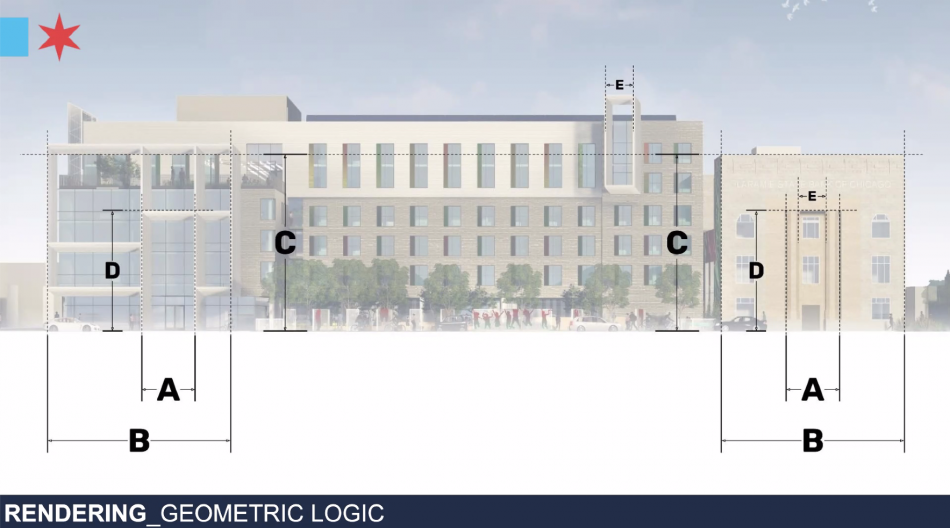 The project's community room has also been repositioned to face the plaza along Chicago Avenue. The adjacent outdoor space features rotating screens that could display art while allowing the plaza to be secured during hours when it is not open to the public.

Members of the Committee on Design were by and large receptive to the plan but did provide some feedback and suggestions. Comments included requests to locate more active use along the plaza and possibly shift the bank branch into the new building putting more community amenities in the old structure. The city's Department of Planning and Development will incorporate the comments into their ongoing review of the project. 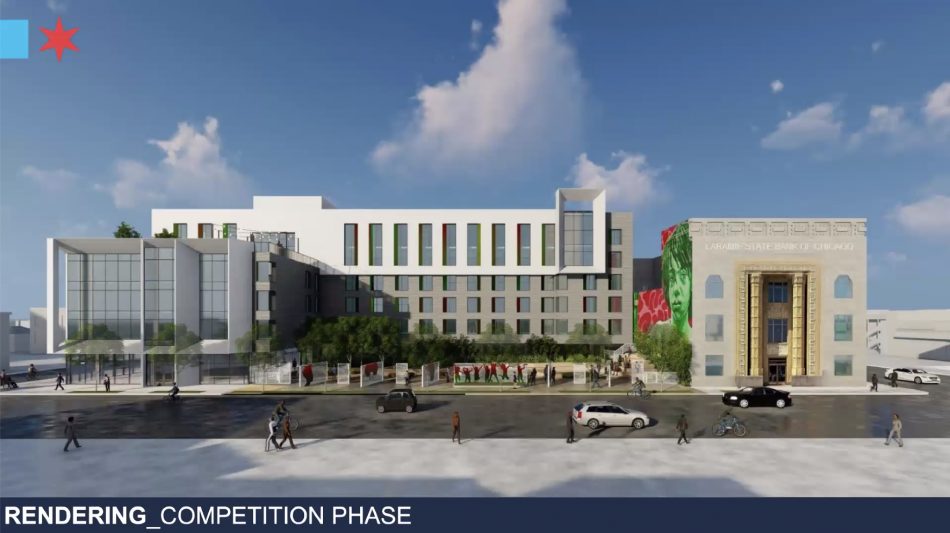 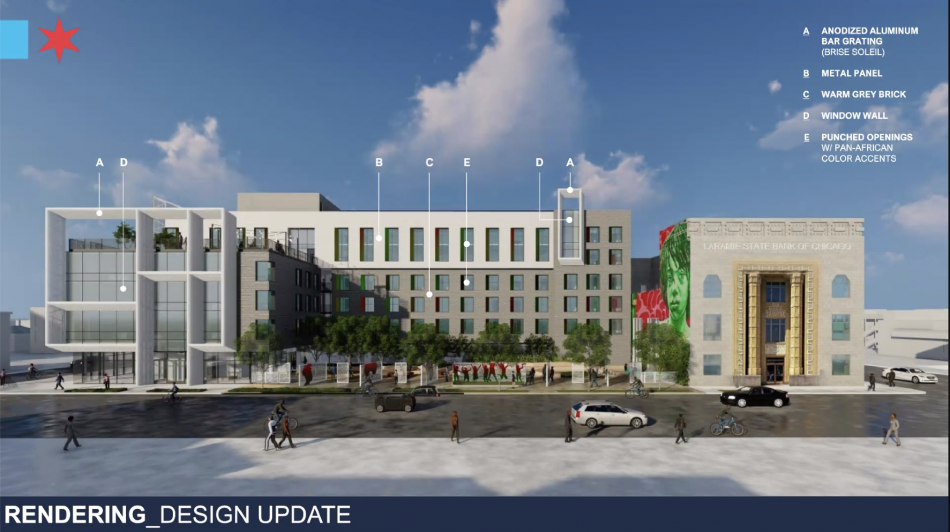