"This day's been a long time coming," the 44th president remarked at Tuesday's groundbreaking ceremony. "We are here today on the South Side of Chicago in Jackson Park to officially break ground on the Obama Presidential Center. We choose this location for a few pretty good reasons. It's close to where Michelle grew up, where I started my political career. It is surrounded by vibrant neighborhoods and a community where we believe we can help make a difference." 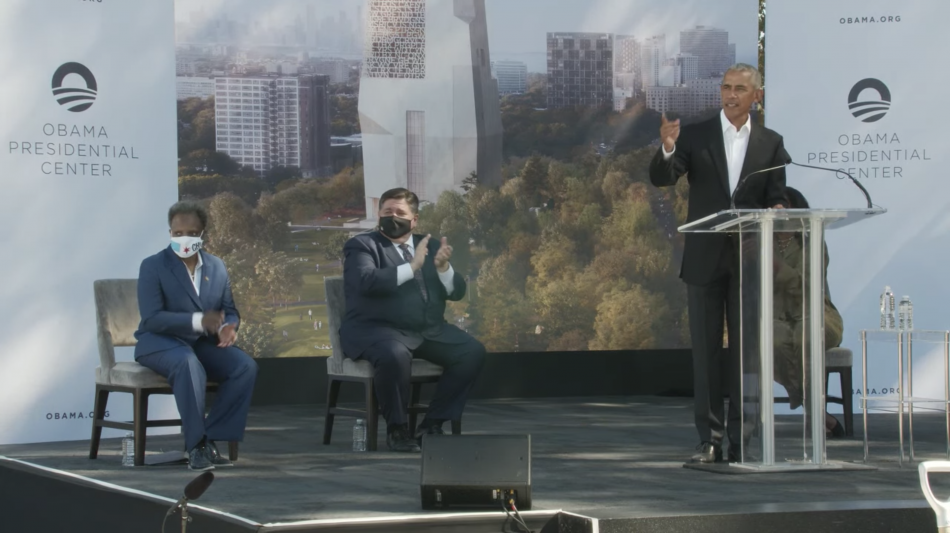 Designed by New York-based firm Tod Williams Billie Tsien Architects, the center is envisioned not as a static repository for documents and memorabilia but as a 19-acre campus that will become "the world's premier institution for developing civic leaders," according to the former president. The facility will be home to "concerts, cultural events, lectures, summits, topical dialogs, and conversations," Obama said. Plans call for a 235-foot-tall museum tower, an athletic facility, an underground parking garage, a community garden, a test kitchen, restored wetlands, and a sledding hill.

"We want the Obama Presidential Center to change Chicago for the better. This center will support thousands of jobs during and after construction, many of them right here on the South Side. It will spark economic growth in this community by bringing as many as 750,000 visitors to this area every single year. Visitors who will eat, shop, explore and spend money, strengthening the South Side and making it a more attractive place for businesses to grow and to hire." 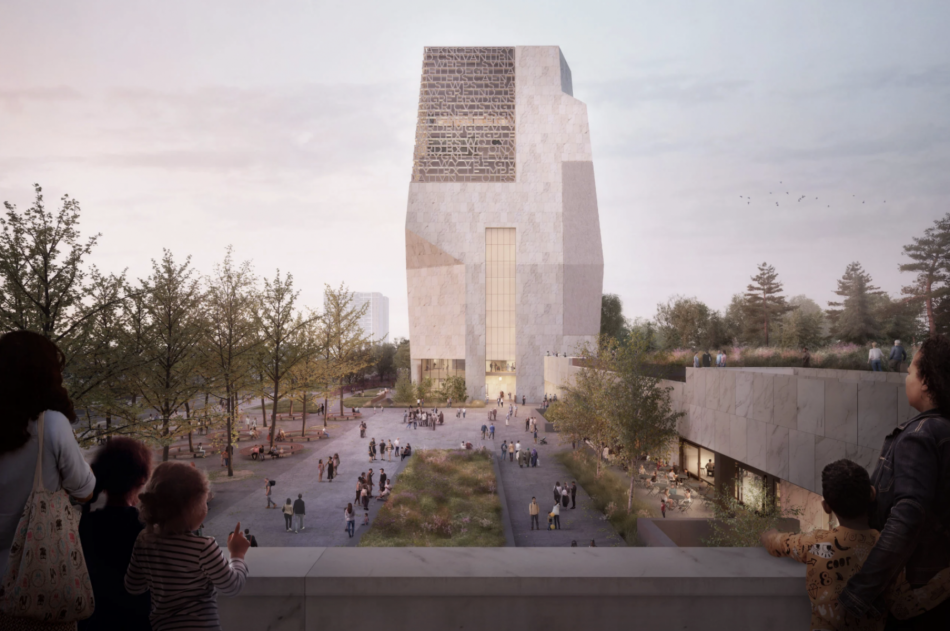 The Obama Foundation announced in 2015 that the center would be constructed on the South Side of Chicago and selected the Jackson Park site the following year. Zoning for the Obama Presidential Center was approved by the city in 2018 and the project's organizers planned to break ground later that year and open the center in 2021. The timeline for the estimated $830 million development has slipped and is now expected to open in 2025.

The multi-year delay was partly caused by a federal review of the center and its impact on the historic Jackson Park landscaped, which was designed in 1871 by Frederick Law Olmsted and Calvert Vaux. The project also faced ongoing legal challenges from open space activists. Even as the Obamas and other VIPs attended Tuesday's groundbreaking ceremony, a single-engine aircraft circled above Jackson Park with a banner reading "stop cutting down trees move OPC."

Pre-construction work has been underway since this summer on transportation, utility, and other infrastructure improvements as well as a replacement for the running track the center will displace. Although the project will close the six-lane Cornell Drive thoroughfare that cuts through the park and replace it with green space, other roadways near the center are being widened at the expense of old-growth trees. The nearby Woman's Garden, also known as the Perennial Garden in Jackson Park, designed by May McAdams in 1937 was recently scraped clean to make way for the center. 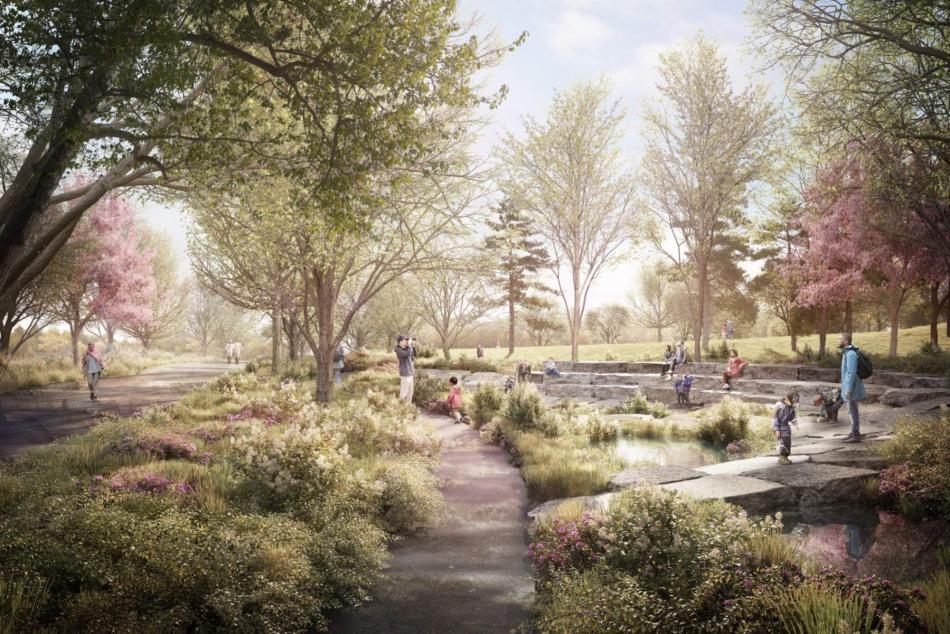 "The [project] will also preserve and enhance all the things that make Jackson Park special," Obama said Tuesday. "We will reunify parkland, plant new trees, and provide new habitats for birds and wildlife. We are also going to open this park up to the community, creating a community rec center, another branch of the Chicago Public Library, creating new spaces for folks from the South Side and all over the city to gather, and to connect, and to learn."