After landing its first batch of construction permits, Chicago's upcoming Obama Presidential Center is one step closer to breaking ground in Jackson Park. On Monday, the city issued a trio of permits for foundation work at the addresses 6011, 6021, and 6101 S. Stoney Island Avenue. The scope of the work also includes "tree removal and site clearing," according to the permits.

The newly issued permits represent a key milestone leading up to the official groundbreaking date, which is scheduled for August 16. In April, the Obama Foundation announced the start of pre-construction work including efforts to relocate utility lines as well as preliminary work to close and widen several adjacent roadways.

Designed by Tod Williams Billie Tsien Architects, the long-discussed presidential center will be a major addition to the historic Jackson Park landscape conceived in 1871 by Frederick Law Olmsted and Calvert Vaux. The plan calls for an imposing 235-foot-tall stone museum building, a new Chicago Public Library branch, a public plaza, an athletic facility, an underground parking garage, and a community garden. 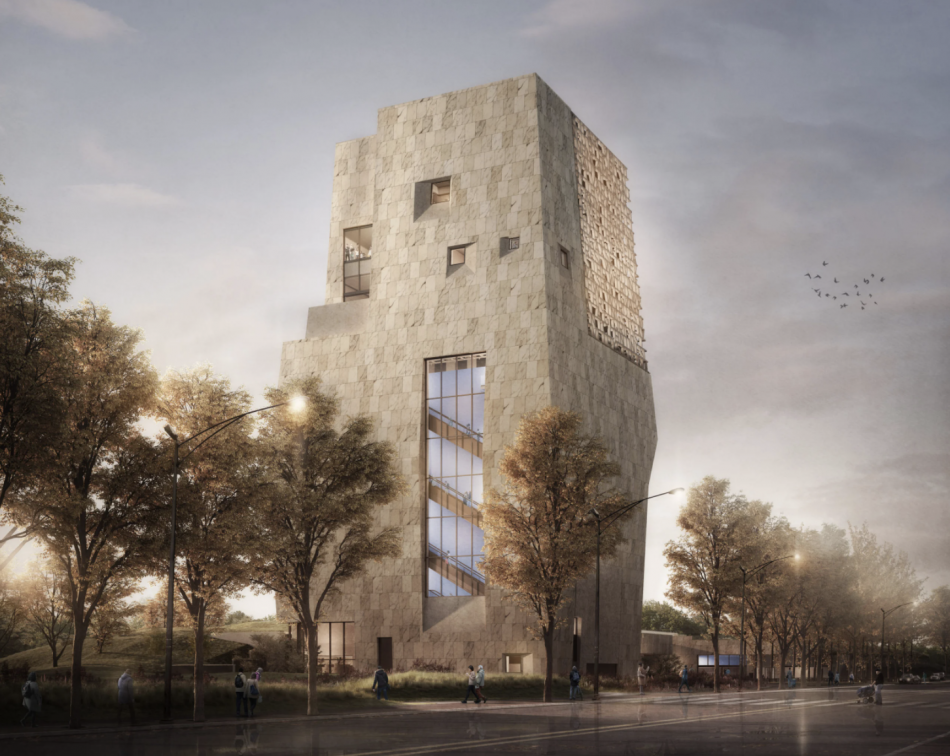 Zoning for the center was approved by the city in 2018 and organizers had hoped to begin construction later that same year. The project faced numerous delays related to a lengthy federal historic review process as well as multiple lawsuits from park advocacy groups.

The estimated $700 million facility is currently facing fresh legal action from Protect Our Parks, which is aiming to block construction because they say the project would "permanently destroy" the integrity of Jackson Park. Any further delays would add $2.2 million to the center's price tag each month, according to a court filing from the Obama Foundation reported by Crain's. The project is expected to take roughly four years to complete.