The two-building complex is now fully enclosed, except for the missing glass that will eventually fill in the space occupied by the exterior skip elevators. Power Construction finished glazing the tower's parapet just over one month after topping off the near-supertall structure. 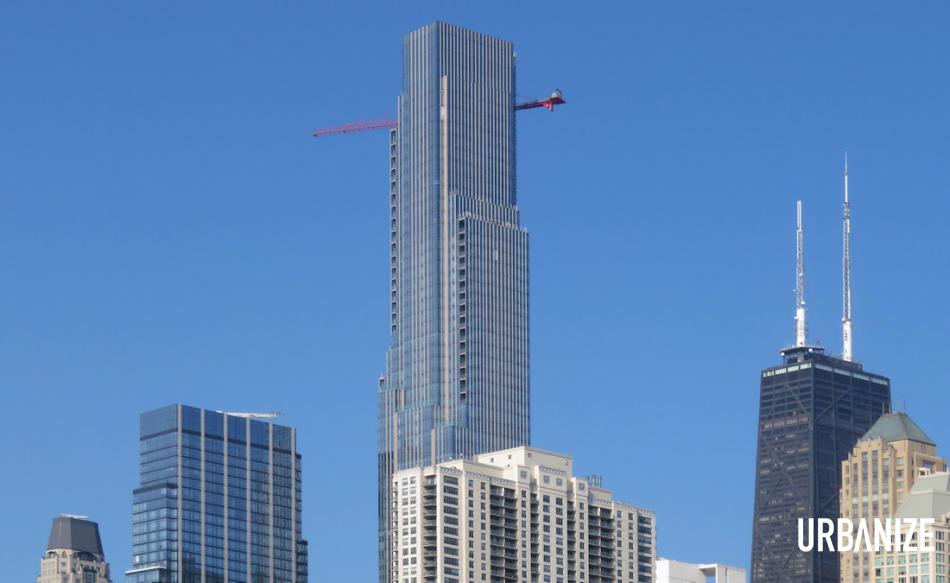 The project's last remaining construction crane will be gradually lowered and removed along State Street. The process is expected to take roughly ten days, depending on the weather. The skip elevators will come down in October after the interior lifts are fully operational, according to JDL Development.

Work is ongoing on the block-sized site's sidewalks and planters fronting Dearborn, Chicago, and Superior. The upcoming State Street pedestrian plaza across from Holy Name Cathedral will take shape once the crane and skip are removed. Construction is also ramping up on the interior build-out of One Chicago's flagship Whole Foods grocery store. 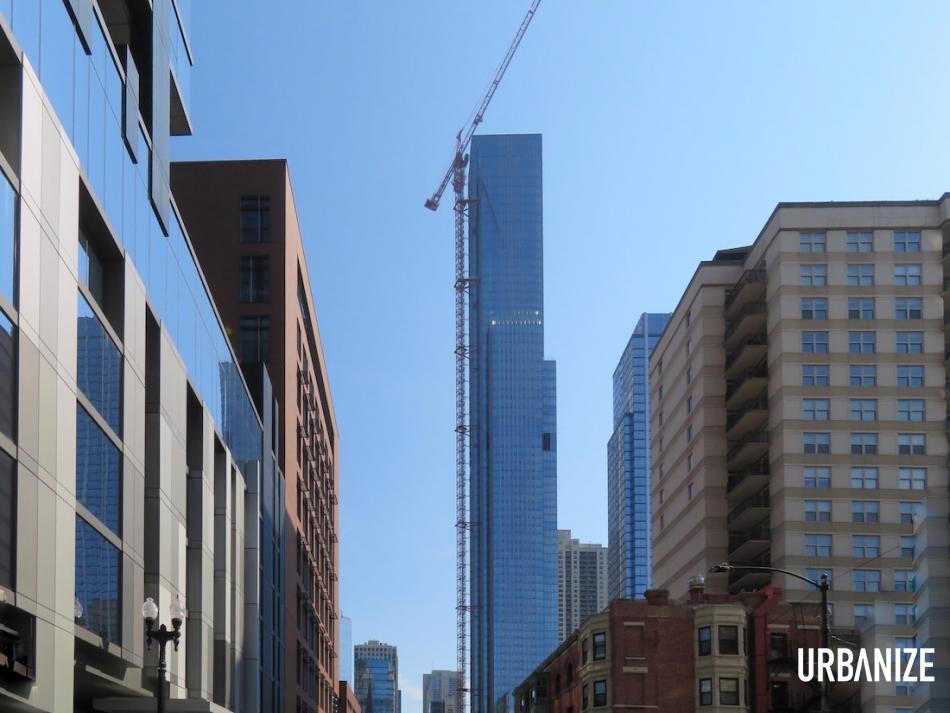 Designed by Goettsch Partners and Hartshorne Plunkard Architecture, One Chicago's two high-rises will deliver a total of 735 rental apartments and 77 for-sale condominiums to a site previously home to a surface parking lot. The towers' shared base will contain 1,100 above- and below-ground parking spaces, 55,000 square feet of offices, a coffee shop, a restaurant and event space, the aforementioned Whole Foods, and a sprawling Life Time athletic club.

Residents are expected to begin moving into the shorter 574-foot-tall apartment tower at 23 W. Chicago on October 1. The apartments in the taller tower will open at the end of this year or early next, followed by the for-sale One Chicago Residences in the first half of 2022. 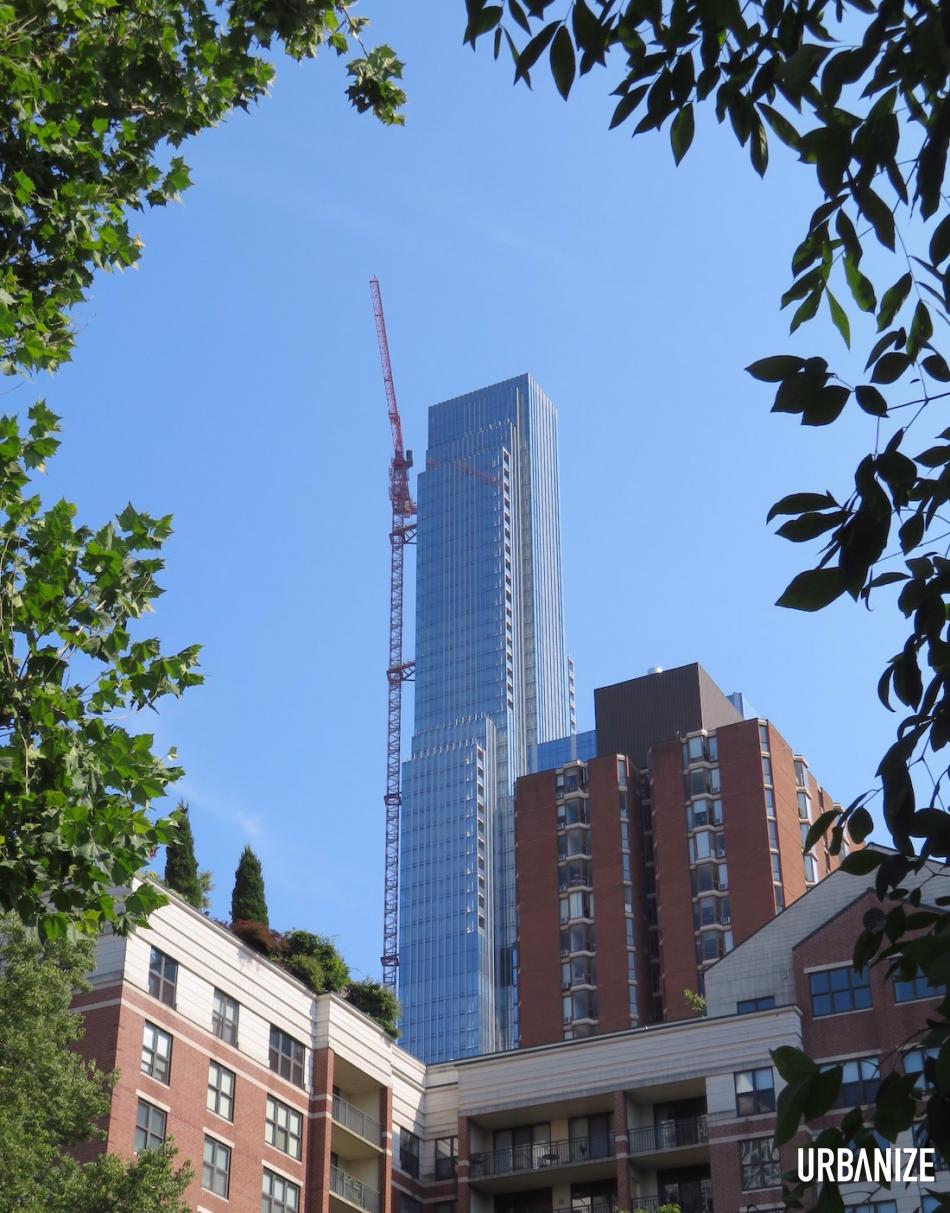