The Commission on Chicago Landmarks has approved the preliminary landmark recommendation for the Paseo Boricua Gateway Flags. Located in Humboldt Park the two flags mark the economic and social corridor for Puerto Ricans in Chicago. Located along W. Division St, the flags are placed at N. Artesian Ave and N. Mozart St.

Built in 1995 with DeStefano Partners as the architect, the flags meet multiple criteria for landmarking. The first is Criterion 1 as they are a critical part of the city’s history. Built out of welded steel tubes, the flags represent the strong Puerto Rican presence in Chicago and, through the structures specifically, represent aspects of Chicago’s industrial production that Puerto Ricans made a large contribution to. 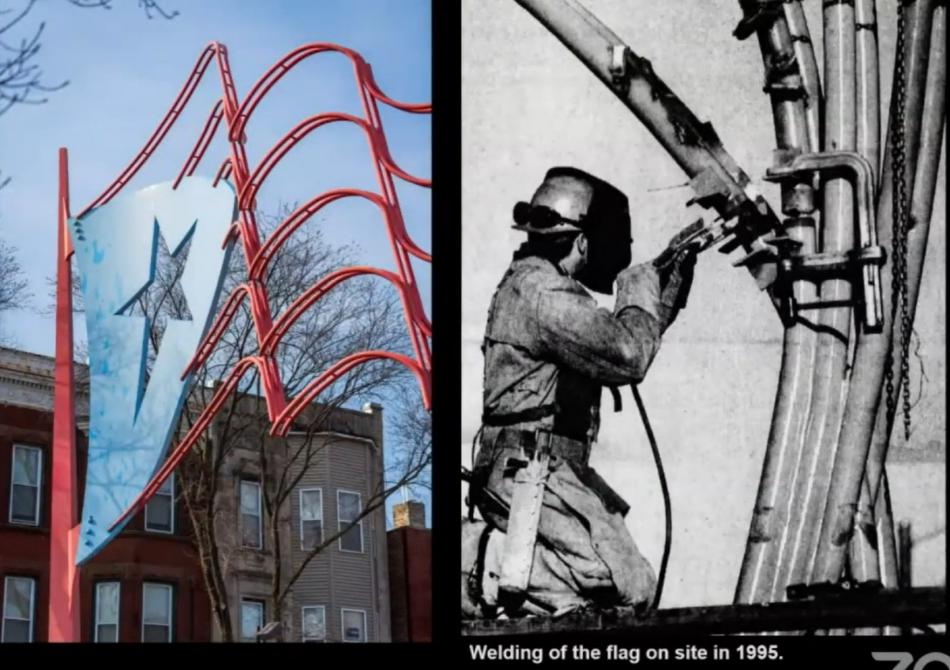 Dedicated on January 6, 1995, on Three Kings Day, the flags transformed the corridor, with 16 new businesses opening that year, with a total of 90 businesses and organizations flourishing along the corridor by 2000. Their importance can be clearly seen in the fact that they have been incorporated into local murals in the area.

Criterion 4 is also applicable for the structures’ important architecture. The design of the flags successfully transformed metal tubing into the visual representation of a flowing flag. As the largest flags not made of cloth, they have won numerous awards over the years. Weighing 45 tons, the flags reach a height of 56 feet and span 59 feet over the width of W. Division St. 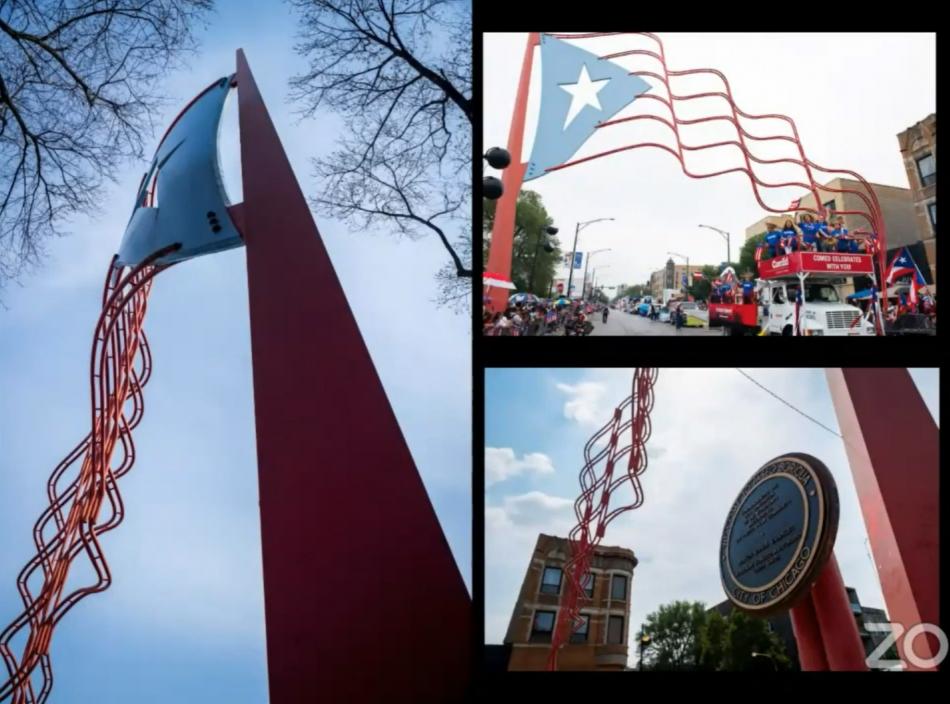 The flags also meet the Integrity Criterion as they have not been altered or moved and are in very good condition. The landmark designation would designate significant features as all elevations of the structures. A final landmark recommendation will be required from the Commission on Chicago Landmarks before securing a final approval from the Committee on Zoning and full City Council.