An old Marshall Field & Company warehouse building at 4343 S. Cottage Grove Avenue is one step closer to being reborn as a performing arts center and museum. Known as the Lillian Marcie Theatre, the $13.5 million undertaking will transform the vacant vintage structure into an arts complex with a 350-seat main theater, a 100-set black box theater, rehearsal spaces, dressing rooms, and a roof deck.

On Tuesday, the Chicago Community Development Commission voted to recommend the City Council set aside $3 million in tax increment financing (TIF) money for the South Side project. The commissioners also recommended that the city's Department of Planning and Development negotiate a redevelopment agreement with the property's developers. 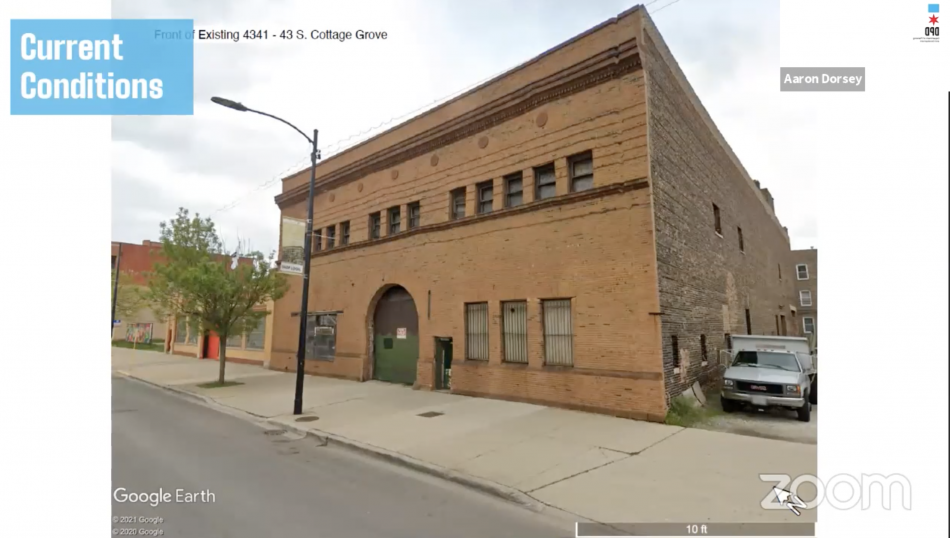 The building will also house the African American Museum of Performing Arts. "You might think of it as the Black version of the Lincoln Center for the Performing Arts," Lennix told Chris Jones of the Chicago Tribune in December. Lennix named the Lillian Marcie Theatre after his mother, Lillian, and one of his Chicago mentors, Marcella "Marcie" Gillie.

The site's existing structure was built by Marshall Field in 1915 and is "orange rated" for significance on the Chicago Historic Resources Survey. It is considered a "sister building" to a similar-looking former warehouse in Lakeview that was renovated in the 1970s into the Briar Street Theatre.

In addition to seeking $3 million in TIF, the developers of the Lillian Marcie Theatre plan to pursue New Market Tax Credits to help fund the project. If all goes to plan, the team hopes to begin construction in January 2022 and complete the work a year later. Ujamaa Construction will serve as the general contractor.