After years and years of delays and no construction, a building permit has been issued for the construction of the new Damen Green Line station. Planned for the southwest corner of the intersection of N. Damen Ave and W. Lake St, the new station will reconnect the local area to the CTA system, bridging the gap between the Ashland and California stops. 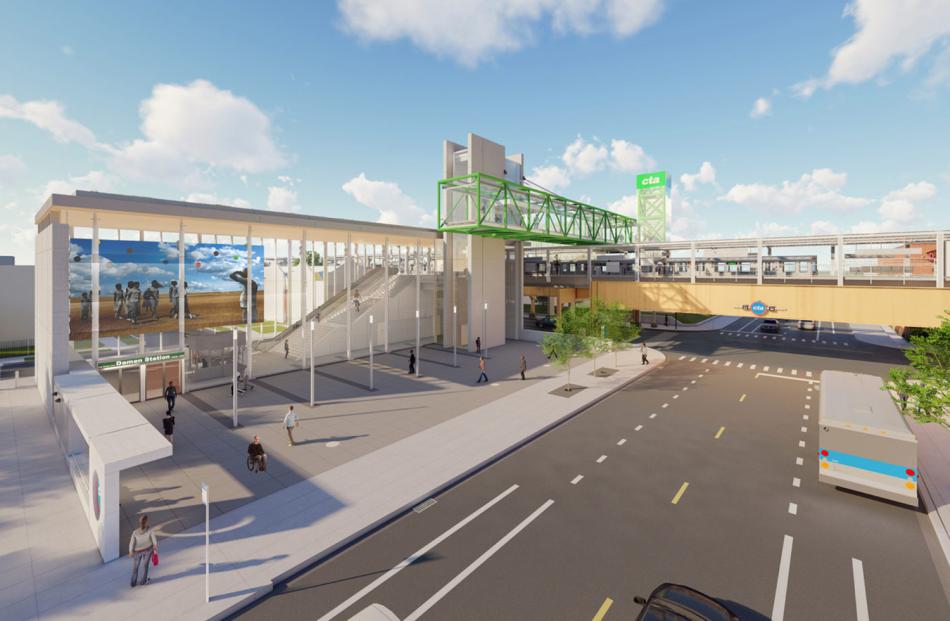 Replacing a historic station that was closed and demolished in 1948, the new station was conceived with safety in mind. With Perkins & Will leading the design, green trusses will support a walkway over the tracks as a nod to Chicago’s architectural history. A grand stair and escalator inside the transparent, glass-enclosed station will bring riders up to the newly constructed platforms. 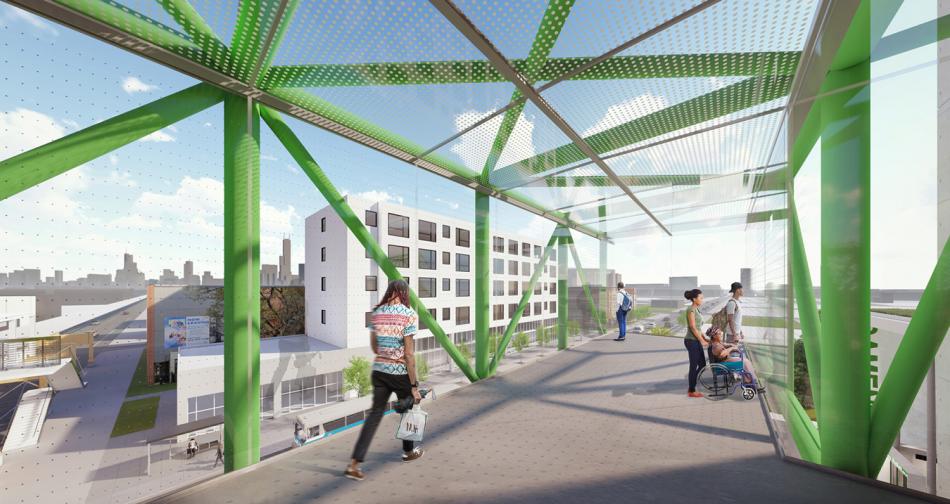 The project has seen an extensively dragged-out timeline, with former Mayor Rahm Emanuel announcing the station back in 2017. As reported by Block Club Chicago, utility relocations and underground work to reinforce the columns was finished last year, but supply chain issues added to the delays. 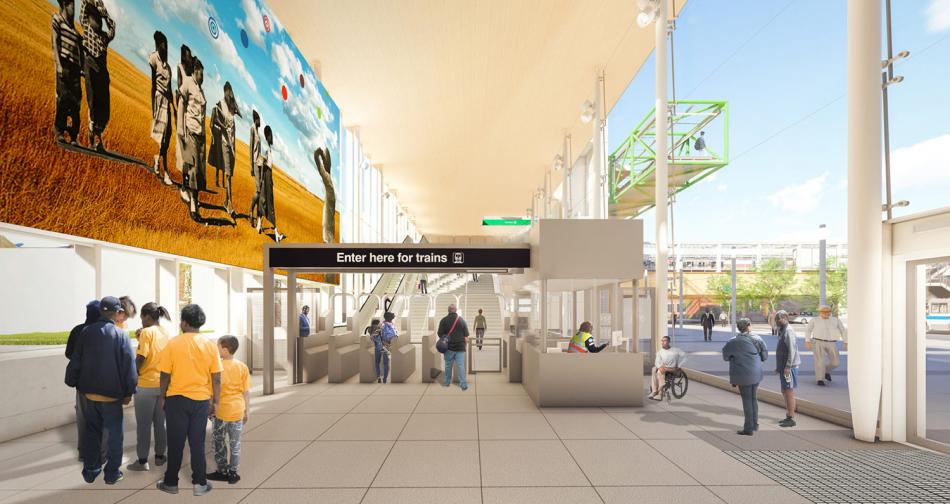 With the building permit issued for the $80.2 million project, general contractor F.H. Paschen can push ahead with construction. Citing a planned 18-month construction timeline, this project may finally be back on track.