After several weeks of site prep, construction is now in full swing on a 25-story mixed-use development at 410 S. Wabash Avenue in the Loop. Crews are busy drilling the caisson-style foundations that will keep the upcoming tower standing tall above Chicago's relatively soft clay-like soil.

The upcoming high-rise comes from developer LMC, a subsidiary of Miami-based Lennar, and it replaces a surface parking lot. When complete, the 260-foot-tall tower will contain 344 apartment units, roughly 8,000 square feet of ground-floor retail space, and parking for 103 cars and 137 bicycles. 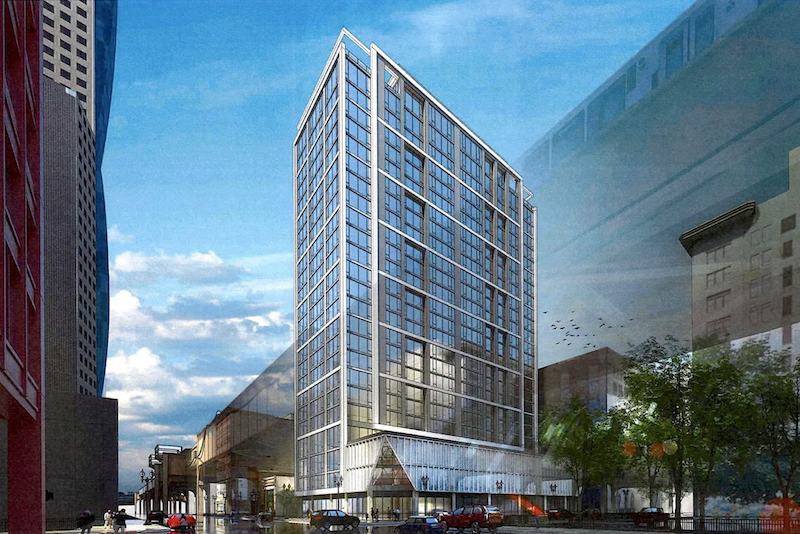 According to the latest plans, a fourth-floor amenity level calls for a club room, fitness center, and an outdoor pool deck. The 25th floor is home to additional resident amenities including a lounge, two terraces, a "maker space," and multiple study rooms—which should appeal to the area's more affluent college students.

LMC is developing the project at 410 S. Wabash "as of right," which means it doesn't require city zoning approval or review. The developer first revealed its plans for the site at a 4th Ward town hall meeting back in early 2019. Those renderings are still up-to-date, according to Chicago architecture firm Antunovich Associates. 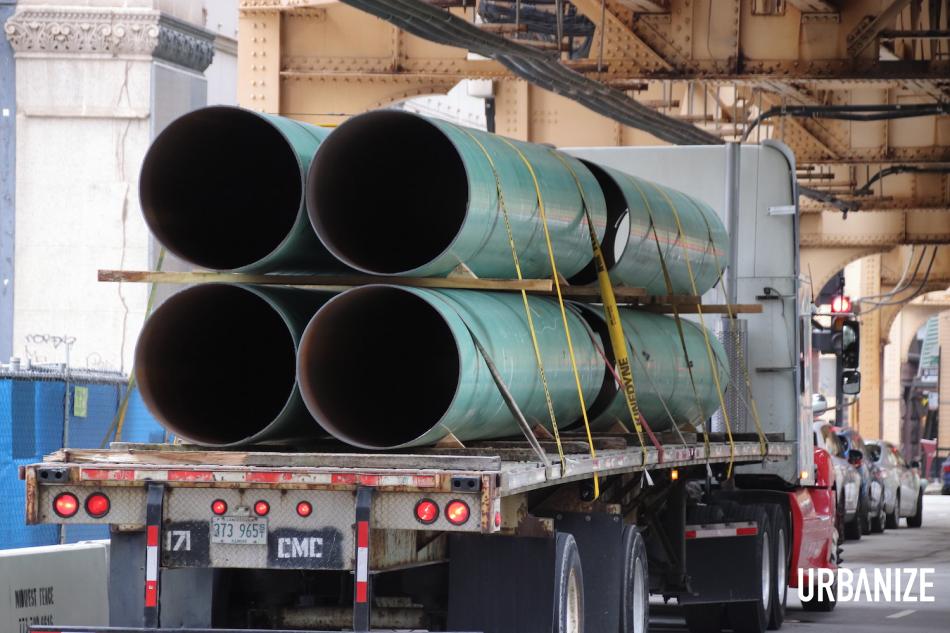 The green tubes are new coated caisson sleeves, which are intended to be re-used.Harry Carmichael/Urbanize Chicago

There's been word yet as to when the project is expected to open. Power Construction is listed as the general contractor, according to a building permit issued in July. Be sure to check out the gallery above for more photos.