Workers are putting the finishing touches on downtown's 50-story BMO Tower (also known as Union Station Tower) ahead of the Class A building's anticipated January 2022 opening. 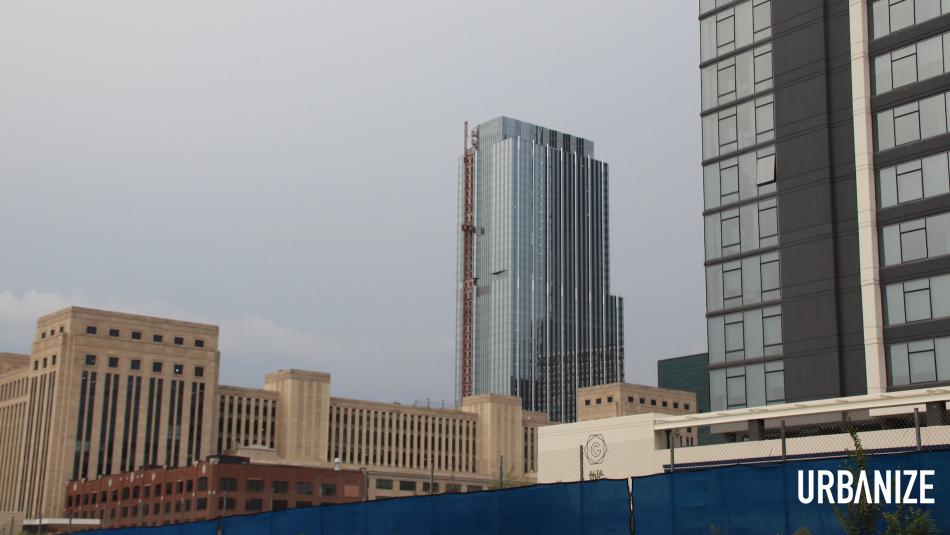 Since topping off its concrete core in April, the high-rise at 320 S. Canal Street has received the rest of its structural steel. The 730-foot structure is almost entirely wrapped in glass except for its exterior skip hoist.

Much of the remaining exterior work is focused at the tower's base, where crews from Clark Construction are cladding the V-shaped columns flanking the lobby. Work also continues on the 400-car, two-level parking garage located just west of the tower that will eventually be topped by a 1.5-acre publicly accessible park. 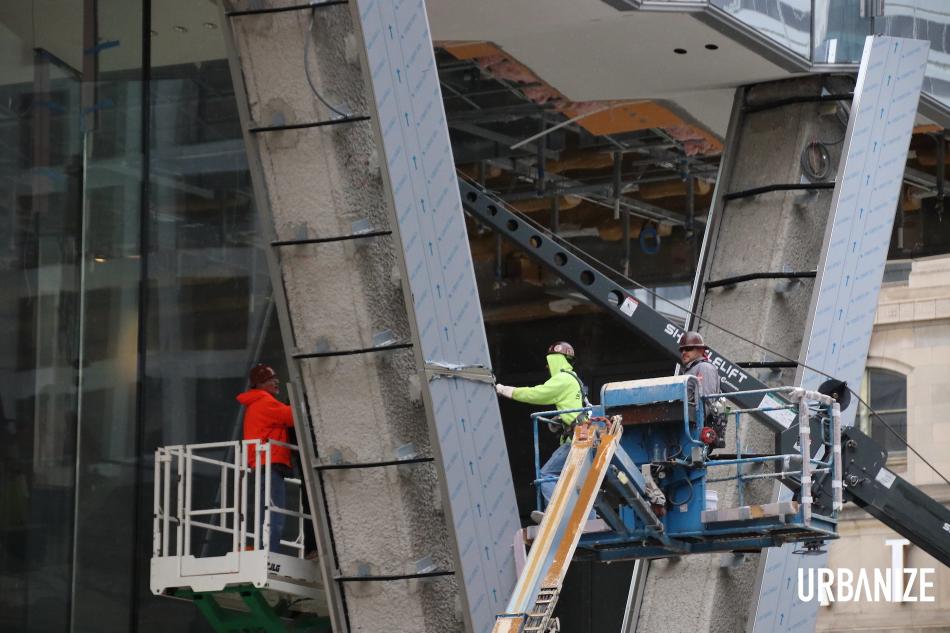 In addition to developing BMO Tower, the Riverside-Convexity team also has city zoning approval to convert the upper floors of the historic Union Station headhouse across the street into 400 hotel rooms. There's been no word on when that project will begin construction. 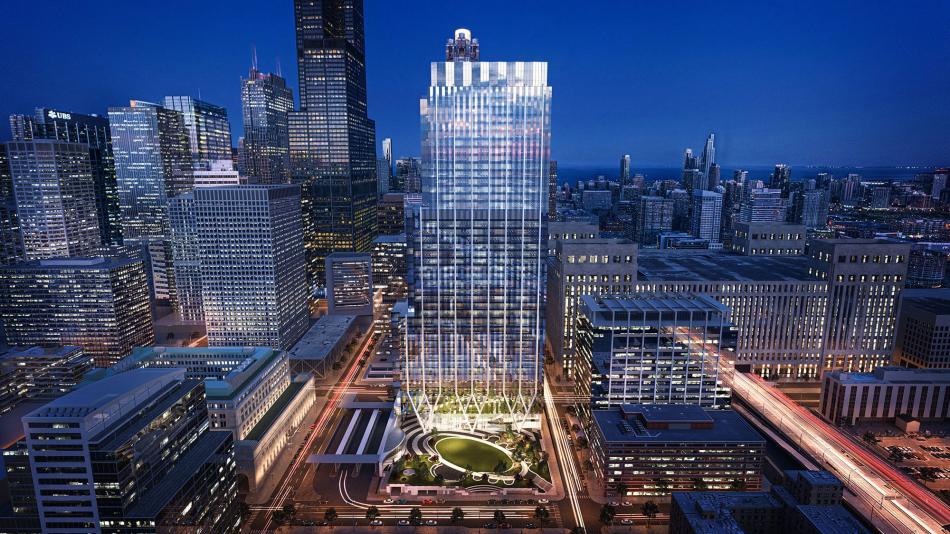