Work is complete on Cascade Park, a privately developed but publicly accessible open space improvement in downtown's Lakeshore East neighborhood. The new landscaping slopes downward nearly 50 feet from North Harbor Drive to the west to form a ground-level connection to Lower Lake Shore Drive and the Chicago Lakefront Trail to the east.

Magellan Development and Lendlease broke ground on the 0.8-acre green space alongside a pair of adjacent residential towers in mid-2019. Montreal-based landscape architects Claude Cormier + Associes designed the park with a series of ADA-accessible sidewalk switchbacks that frame flattened lawns which can be used for recreational activities and social gatherings. There are also "passive wellness sculptures," composed of limestone and wood blocks that double as seating. 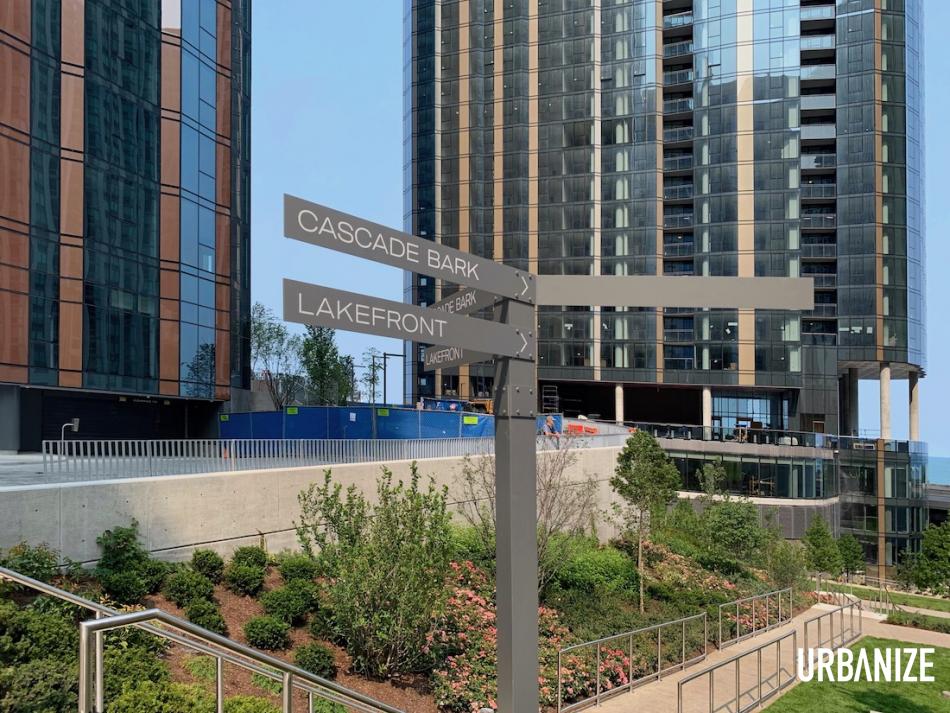 Cascade Park sits atop a ramp-like reinforced concrete structure and geofoam blocks—a lightweight material used in other recent landscape projects in Chicago, including nearby Maggie Daley Park and Bennett Park. Beneath the elevated green space, improved bike and walking paths link Lakeshore East Park to the Lakefront Trail and DuSable Harbor. A dog-friendly area at the base of the slope—dubbed "Cascade Bark"—is still receiving its finishing touches.

According to a statement from Lendlease, the project represents "a significant aesthetic and functional improvement to the neighborhood's connection to the lakefront." The new connection between Lakeshore East and the lakefront replaces what the developer described as a "nondescript concrete maze of lower-level sidewalks and service drives." 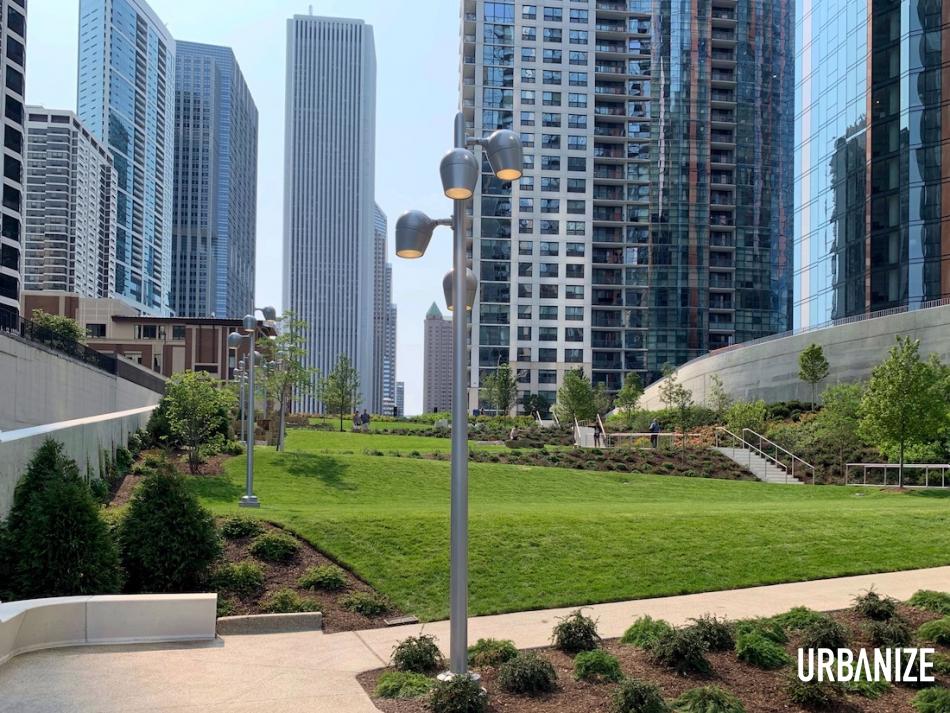 The opening of Cascade Park also coincides with the first move-ins at the 37-story Cascade apartment tower at nearby 455 E. Waterside Drive. The building from Magellan, Lendlease, and bKL Architecture features 503 rental units and 45,000 square feet of indoor and outdoor amenity space. Monthly rents in the newly opened tower start at $1,650 per month for a studio, $2,050 for a one-bedroom, $3,300 for a two-bedroom, and $5,750 per month for a three-bedroom unit.

Cascade's sibling, a 47-story condominium building, known as Cirrus, is on track to welcome residents to its 350 for-sale units this fall. Magellan and Lendlease also have city approval to build a third residential tower on Lakeshore East's vacant "Parcel I" to the immediate north. It's unclear when the team intends to break ground on the 85-story, 950-foot-tall skyscraper. 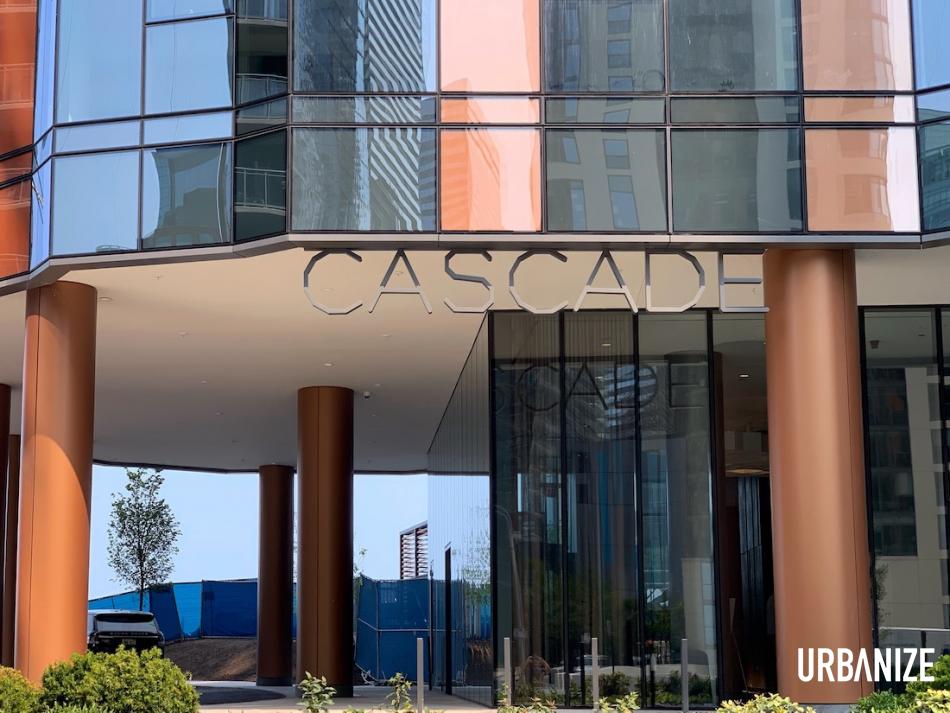