Less than three months after our last update, work on Salesforce Tower at the southern tip of Wolf Point is making remarkable progress.

Vertical construction on the 60-story skyscraper is fast approaching—if not already exceeding—the halfway point. The steel framework now reaches roughly 23 floors above the confluence of the three branches of the Chicago River, and the structure's concrete core towers seven levels beyond that. 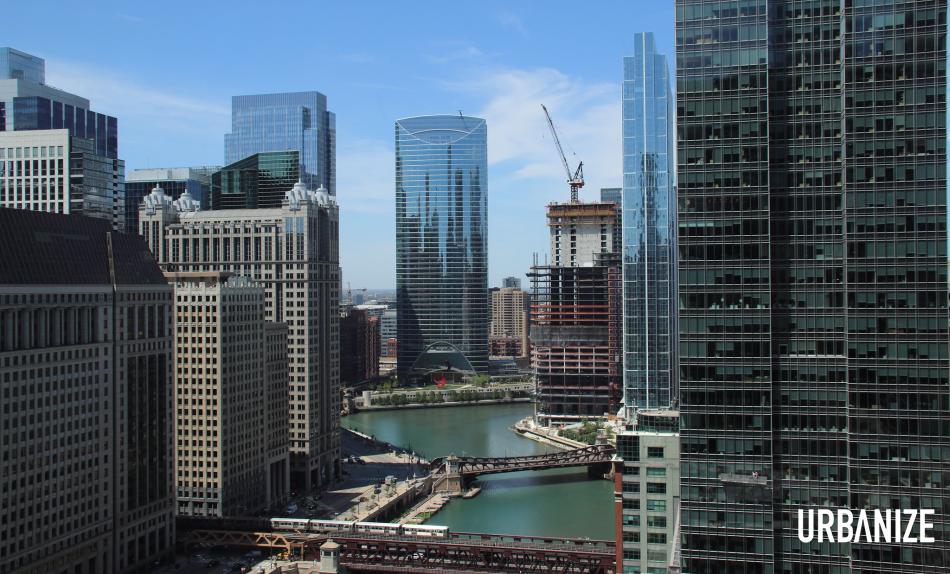 Another noteworthy milestone is the recent arrival of exterior glass, currently being installed by Walsh Construction around the tower's base. Although only a handful of lower floors have been enclosed, the curtain wall system is already picking up the greenish hues of the Chicago River and promises to look stunning when the building is fully glazed.

Project developer Hines Interest broke ground on the estimated $800 million development early last year and continued work through the pandemic. Salesforce Tower is on track to finish by the end of 2022 and welcome its first occupants—including its namesake anchor tenant—in early 2023. 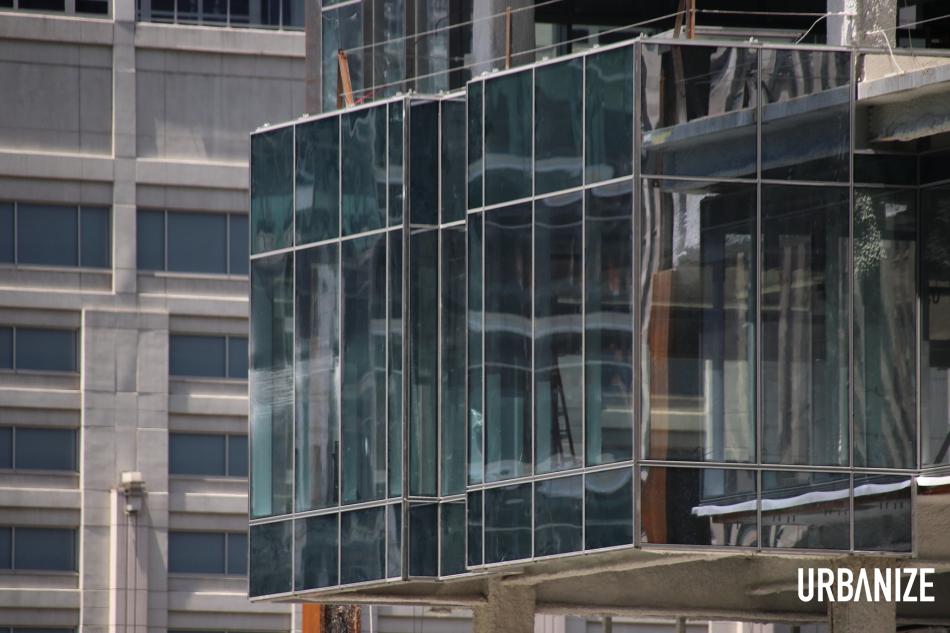 Designed by architecture firm Pelli Clarke Pelli, the 820-foot-tall office tower is the centerpiece of the three-phase Wolf Point master development, which replaces a long-time parking lot just south of the former Apparel Center. The fast-rising tower is flanked by a pair of luxury apartment buildings: the 485-foot Wolf Point West high-rise and the 679-foot rental tower known as Wolf Point East. 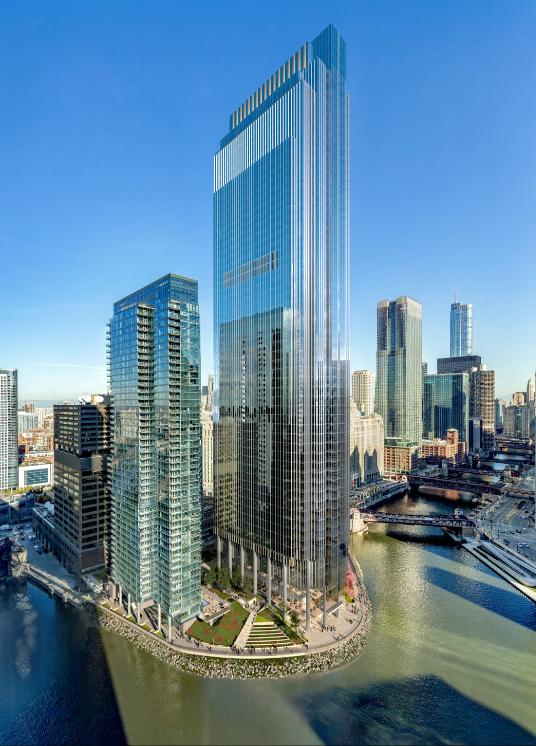