On Wednesday, in front of small groups of curious onlookers, crews completed a two-day move of the historic greystone Vautravers Building at 947-949 W. Newport Avenue. The move shifts the landmark Lakeview structure 30 feet west from its previous location and out of the path of the CTA's Red-Purple Modernization (RPM) project.

The slow-going process involved installing a grid of braces, beams, and jacks beneath the Vautravers Building. Crews then used a series of rollers and rams to carefully reposition the structure above its new location. The building will remain elevated on the beams and a temporary foundation until permanent foundations and a basement are constructed below. The process is expected to take roughly one and a half months to complete. 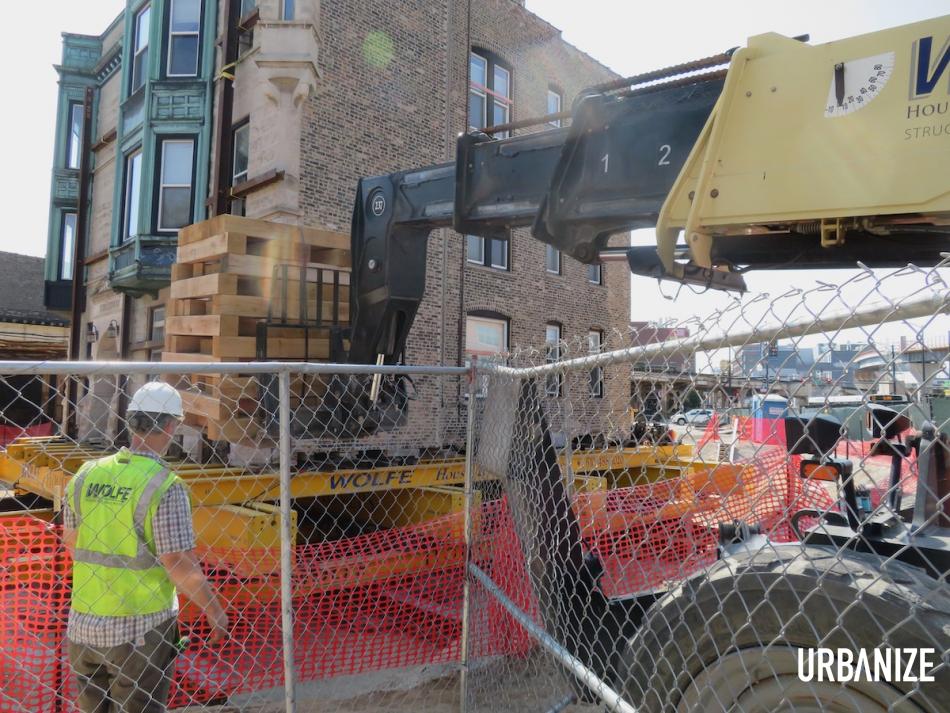 Built in 1894 by Chicago architecture firm Frommann & Jebsen, the Vautravers property boasts a limestone and brick facade with copper bay windows and Romanesque ornamentation. Some of the structure's more fragile exterior elements were removed and placed in storage during the move. Other pieces were held in place by exterior braces.

The CTA demolished a number of buildings standing in the path of the RPM project. The Vautravers is located in the Newport Avenue Chicago Landmark District and was spared from the wrecking ball thanks to advocacy work by preservationists. RPM contractor Walsh-Fluor worked with specialist subcontractor Wolfe House & Building Movers to come up with a plan for repositioning the building. 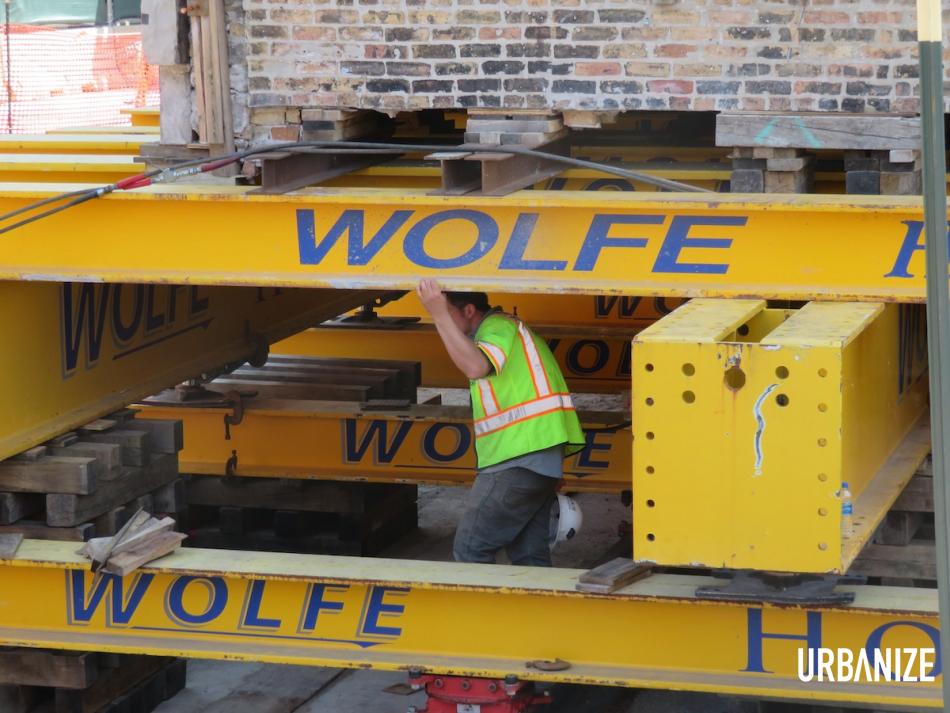 With the Vautravers now safely out of the way, crews will be able to rebuild and straighten the elevated Red and Purple Line tracks between Belmont and Addison. The new alignment will allow trains to travel faster and with fewer delays.

The $2.1 billion RPM project is the most expensive capital improvement undertaking in the history of the Chicago Transit Authority. It includes the Belmont Flyover and four new Red Line stations at Lawrence, Argyle, Berwyn, and Bryn Mawr.