Work on the upcoming mixed-use high-rise at 300 N. Michigan Avenue is really flying. The estimated $250 million project broke ground last summer in the thick of the global pandemic, and by our rough floor count is well past the halfway point to achieving its 47-story, 523-foot final height. The tower's climbing formwork is even visible from the main branch of the Chicago River.

A joint venture between hometown developers Sterling Bay and Magellan Development Group, the project will include 25,000 square feet of retail space topped by a 280-room CitizenM Hotel occupying floors 6 through 15. Above the hotel, there will be 289 rental apartments and a top-floor amenity terrace for residents offering views of Michigan Avenue, Millennium Park, and Lake Michigan. The transit-oriented development will include just 22 parking spaces located in a below-grade garage. 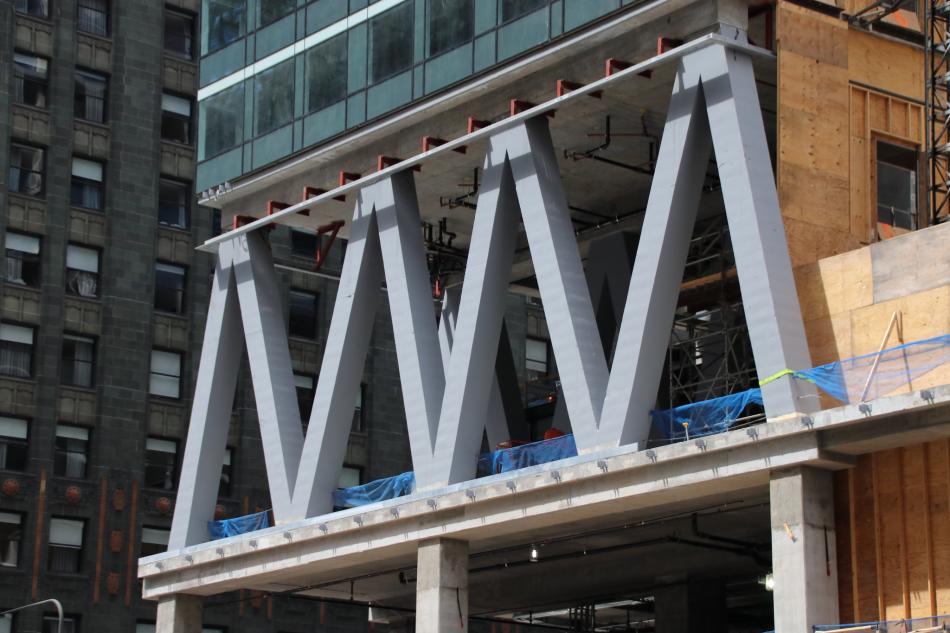 Designed by Chicago-based bKL Architecture, 300 N. Michigan is wrapped in a glass facade with horizontal banding. Its most striking feature is a series of angled structural trusses between the retail and hotel levels which earned the project the nickname the "M&M building" by Urbanize Chicago photographer Harry Carmicheal. The development even incorporates the beam geometry into its "300 N. Michigan" logo, seen posted just above the ground-floor scaffolding.

The development team is providing seven units of affordable housing on-site and contributing $4 million to the Affordable Housing Fund and $3.9 million for Chicago’s Neighborhood Opportunity Fund, which will be reinvested in the city’s underserved communities. Linn-Mathes serves as general contractor. 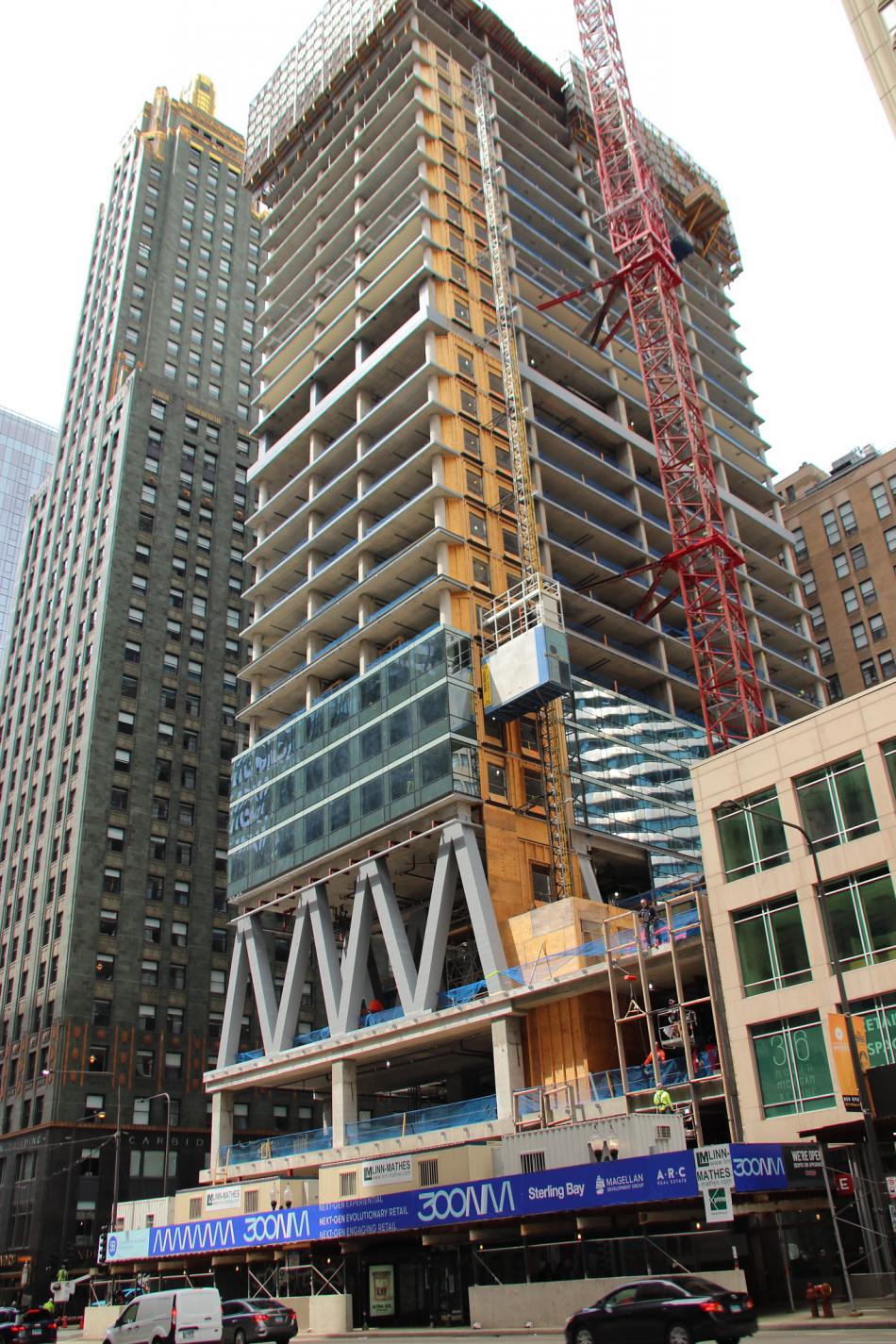 The high-rise replaces an older four-story masonry structure which was demolished in 2019. If there's a downside to the new development, it's that it will soon block views of the iconic Art Deco Carbide & Carbon Building from the Michigan Avenue Bridge—so soak up that perspective while you still have the chance.

According to Sterling Bay, 300 N. Michigan is on track for June 2022 occupancy. When the downtown tower opens, it will bring more activity to the already bustling section of Michigan Avenue between Millennium Park and the Chicago River that some have dubbed the "Millennium Mile." It will join relatively recent projects such as the MILA apartments, LondonHouse, and the Hotel Julian. 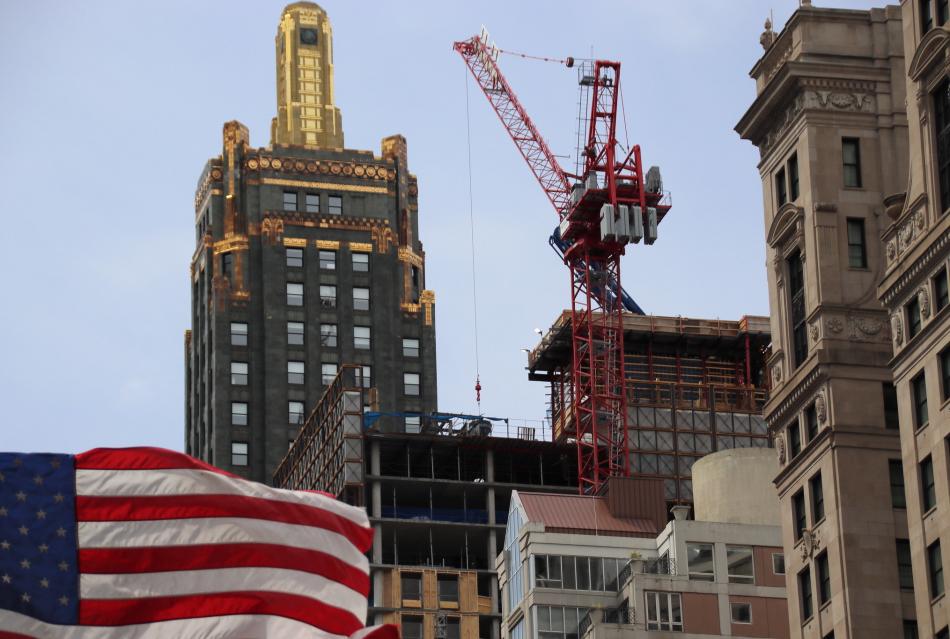 Enjoy this view of the Art Deco Carbide & Carbon Building while you can. Harry Carmichael