The Chicago Plan Commission has approved the proposed Focal Point Community Campus. Located on a large site, the project will occupy approximately 29 acres at the southwestern corner of W. 31st St and S. Kedzie Ave. Planned by Chicago Southwest Development Corporation, the new campus has been in the works for over 10 years. 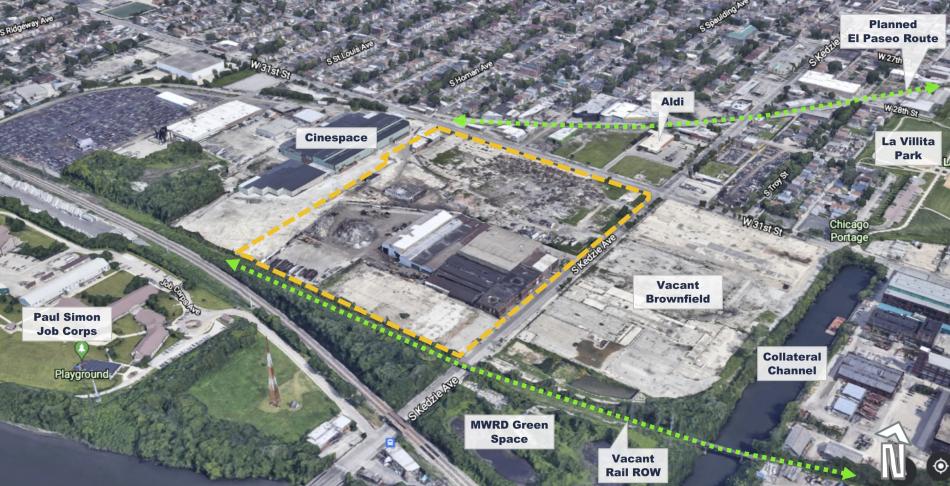 With a design from HDR, the new campus will facilitate the future construction of multiple buildings. The main anchor will be a new 12-story building for Saint Anthony’s Hospital that will rise 240 feet. In addition, the site will deliver a medical office building, central utility plant (CUP), commercial and retail space, outdoor athletic fields, a vocational school, surgical center, daycare, and office. A total of 1,245 parking spaces are proposed for the site, with most located in a large parking structure that will have the athletic fields topping it.

The complex has been divided into project zones, creating zones for community gathering, health and wellness, education and commerce, and sports and recreation. The developers plan to create a gateway at the intersection of W. 31st St and S. Kedzie Ave. The plan originally included a potential housing component which has been deferred for future consideration and would come back to the Plan Commission for future approvals.

The interior of the site has had the interior streets aligned with the city grid and the parking count was reduced to create an interior recreation trail that reaches from W. 31st St down to S. Kedzie Ave at the southeastern edge of the campus.

The buildout of the site will be divided into two phases, with most of the site coming online at the same time. The hospital building will take the longest time to construct, so it will begin with phase one along with the medical office building, fitness center, community space, education facility, surgical center, retail, and interior site circulation for both pedestrians and vehicles. 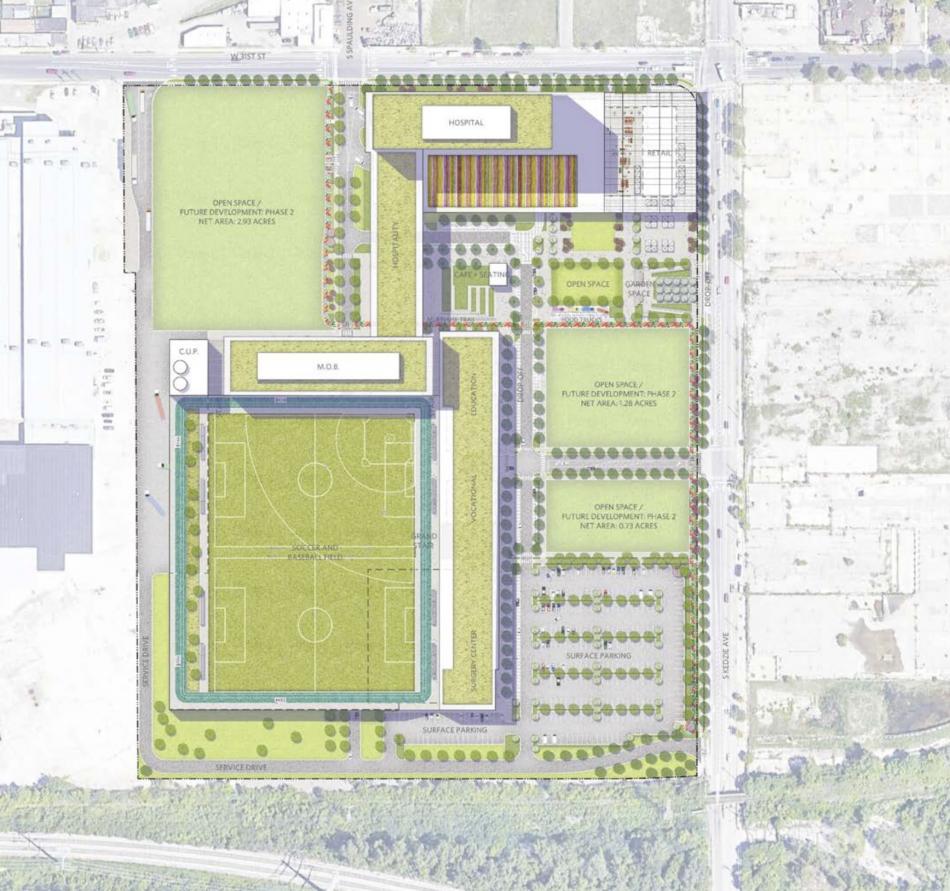 The complete buildout of the site will bring the planned office space, incubator and accelerator spaces, daycare, and retail, along with additional outdoor amenities. These components will have shorter construction times, starting after the hospital, but are expected to finish at the same time as the hospital. Landscaping buildout will align with buildout of adjacent programs.

The project has undergone multiple revisions and recently acquired the final portion of the property from the City of Chicago for $5 million. The $600 million project will now move on to the Committee on Zoning and full City Council. Demolition permits were recently issued, and work is planned to begin this month. After that planned remediation will begin. New construction is expected to commence in 2023 with completion expected in 2026.