Chicago-based LG Development Group got the official OK from the Chicago Plan Commission on Thursday for a pair of Planned Development applications that would bring a combined 1,079 rental units to the booming Fulton Market District.

"The switch to residential was made during COVID when we realized that office and hotel were going to be difficult to get done," said zoning attorney Michael Ezgur at a virtual community meeting last month. "When residential became appropriate north of Lake Street, [we] shifted that way."

Even with the Plan Commission's support, the zoning changes for the two proposals will still need the approval of the Committee on Zoning, Landmarks, and Building Standards as well as the full City Council to move forward. Here's a quick look at LG's plans for the rapidly-changing area. 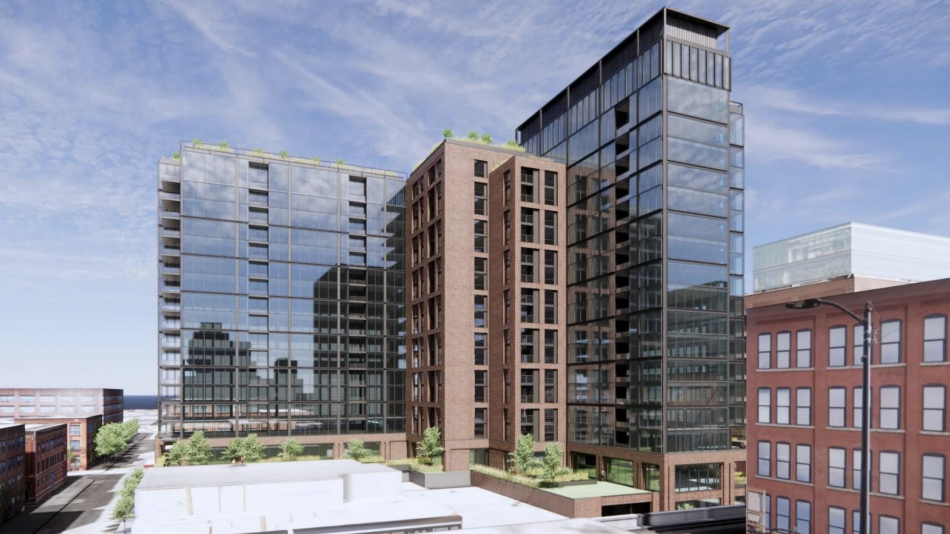 A rendering of the apartment tower proposed for 210 N. Aberdeen.NORR

Designed by NORR Architects, the 239-foot-tall structure features a masonry base and glassy upper floors. The tower zig-zags across the site to avoid the Fulton-Randolph Landmark District and the historic Arthur Harris building, which will be restored and converted to retail space under the Planned Development.

LG is required to provide 20 percent of the 414 units as affordable housing and all of those apartments will be located on-site. The developer also committed to working with the city's Housing Department to provide an additional 10 percent affordable units off-site.

The $140 million development will contribute $1.8 million to the city's Neighborhood Opportunity Fund, which supports investment in underserved communities. 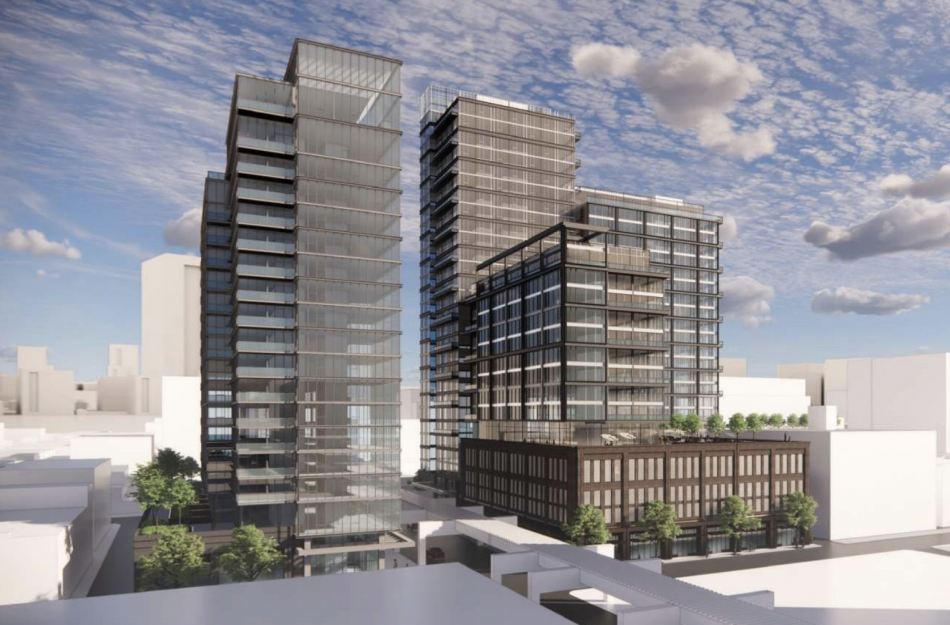 A rendering of the two apartment towers proposed for 1150 W. Lake Street. Gensler

An earlier iteration of this two-building plan for the former site of Amylu Foods on the 1100 block of West Lake Street was approved by the Plan Commission in early 2020. LG went back before the city for an amendment to remove an office building from the proposal and replace it with another apartment tower.

Designed by Gensler, the two towers feature masonry lower levels and upper floors clad in glass and aluminum. Pedestrians will be able to pass through the southern parcel using "activated alleyways" that could contain pop-up retail, urban furniture, and street art. A four-way traffic signal will also be added to the intersection of Lake Street and Racine Avenue.

All of the required 20 percent affordable-rate housing (113 units) will be built on-site. Similar to 210 N. Aberdeen, LG will work with the Housing Department to provide an additional 10 percent affordable housing off-site. The $300 project will also contribute roughly $2.5 million to the Neighborhood Opportunity Fund.