The Commission on Chicago Landmarks has approved a preliminary landmark recommendation for the Epworth Church building. Located at 5253 N. Kenmore, the church building has been formerly known as Epworth Methodist Episcopal Church and Epworth United Methodist Church. 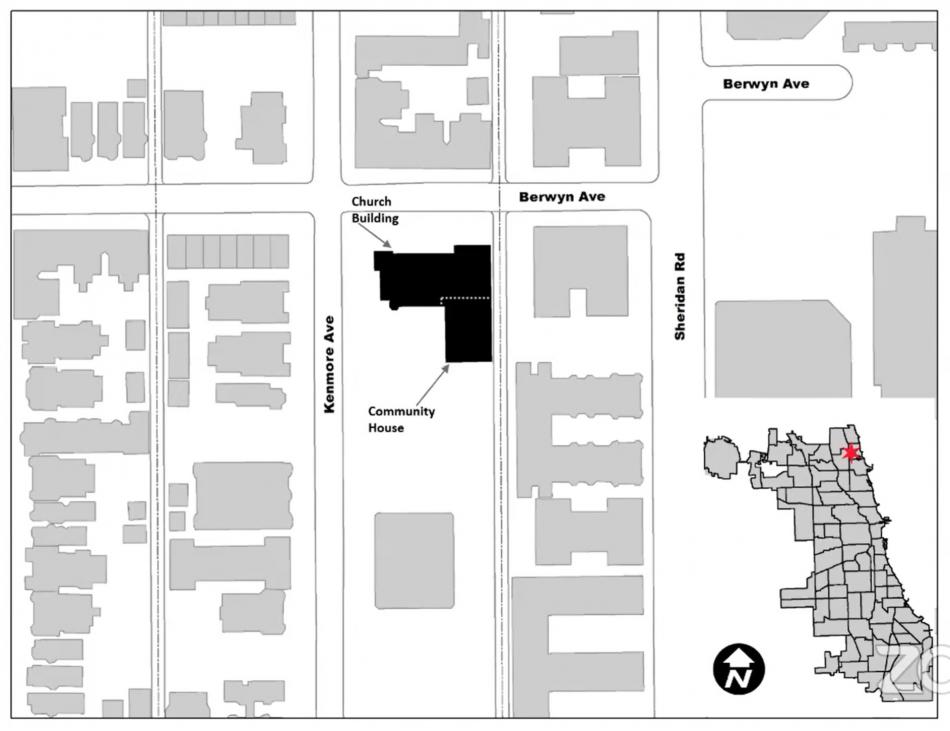 Constructed in 1891 by architect Frederick B. Townsend, the preliminary designation also includes the community house addition from 1931 from architects Thielbar and Fugard. The congregation no longer worships inside the church and the property is currently being marketed for sale.

Meeting Criterion 1 for heritage, the Epworth Church building is a part of Edgewater’s history as it stood as a suburban scale church that was at home in the leafy retreat for Victorian-era Chicagoans that Edgewater was at the time. The land for the church was granted by John Cochran, the developer of Edgewater, and the design was donated by architect Frederick B. Townsend. 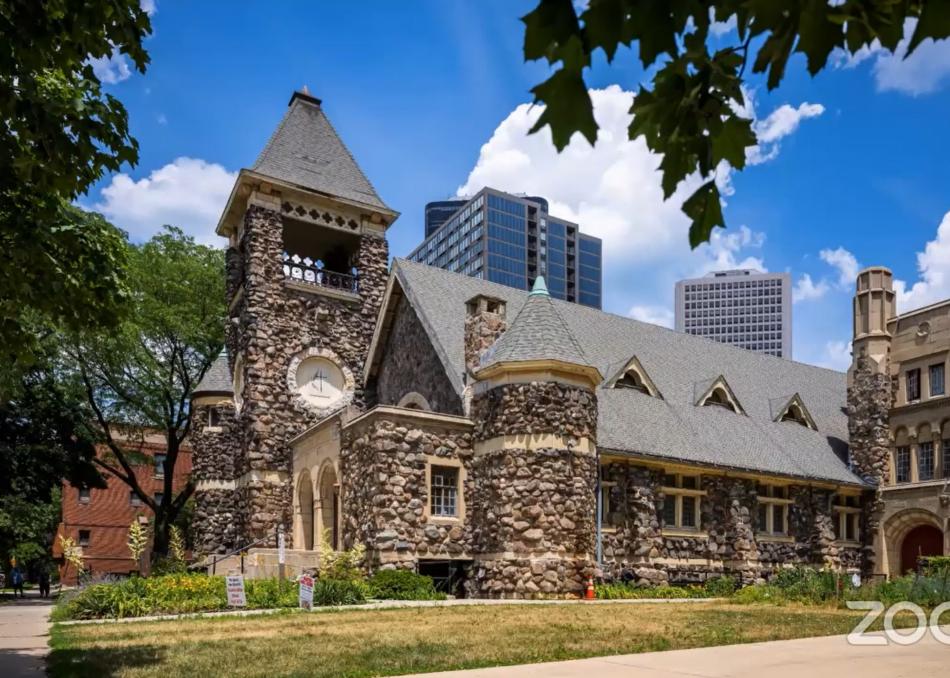 The church is also in compliance with Criterion 4 for its exemplary architecture. Built as a very rare example of fieldstone architecture, the building is made up of large, uncoursed granite boulders that were shipped in from Lake Geneva, Wisconsin. The granite is left in its natural shape and exhibits a wide variety of color. The community house addition, built in 1931 for the church’s growing needs, combines granite fieldstone with cast stone walls that use concrete formwork to mimic carved stone. This was a new construction and material method at the time.

The church building also meets Criterion 5 for being a work of a significant architect, in this case Fredrick B. Townsend, who has an extensive portfolio across the city including the Five Houses on Avers which is a landmark district. Criterion 7 is also met due to the unique and distinctive visual features that the church possesses in its exterior construction.

Although the context surrounding the church has changed, the building itself has excellent physical integrity, meeting the integrity criterion. The only major changes include the community house addition and the narthex added to the front of the church at the same time as the addition. Landmarks staff recommend that significant features of the building to be protected are all exterior elevations including rooflines of both the original church and the community house.

As mentioned before, the church congregation has moved out and the building is currently on the market for sale. According to third-party non-profit Church Properties Reimagined, there is a developer interested in the property for residential use. For context, Alderman Ostermann added that a demolition permit had been submitted to the city but was later retracted. The non-profit, which specializes in helping churches with their properties, has said that they will be asking the developer to consider a reuse of the church by converting the interior into residential units. 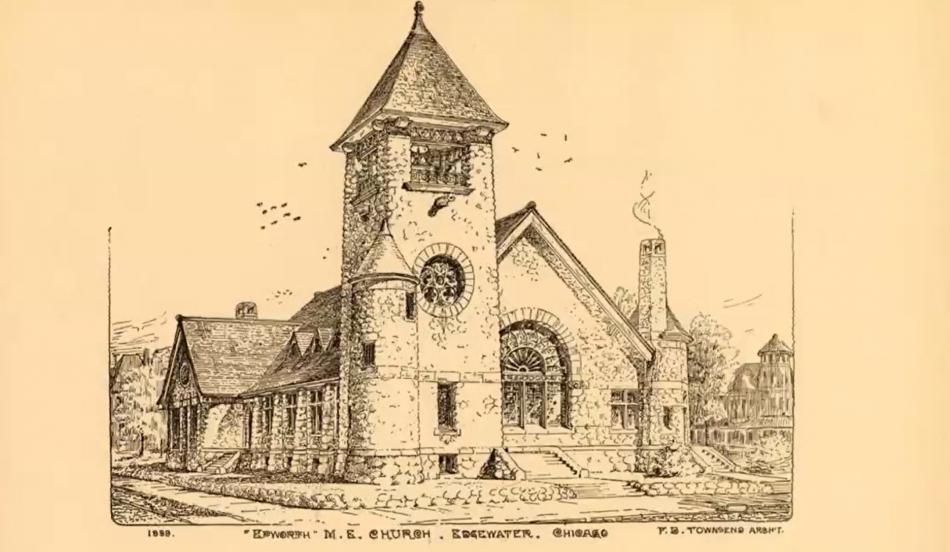 While there is no final word on the future of the church, the preliminary landmark approval will temporarily safeguard the building from demolition. The landmarks staff will now write a full report on the property before a final recommendation would be approved. After that, approvals would be needed from the Committee on Zoning and City Council to make the church an official landmark.