Sterling Bay is seeking the city's blessing to increase the height of its proposed office building at 360 N. Green Street from 21 stories (298 feet) to 26 stories (425 feet). The developer submitted an application to amend its existing planned development zoning for the Fulton Market site, which was first approved in 2018.

As with the previous proposal, the building planned for 360 N. Green Street is designed by Gensler. The revised design features a setback at the 23rd floor and a base with a "floating" podium and cut-out mezzanine terrace supported by V-shaped columns. 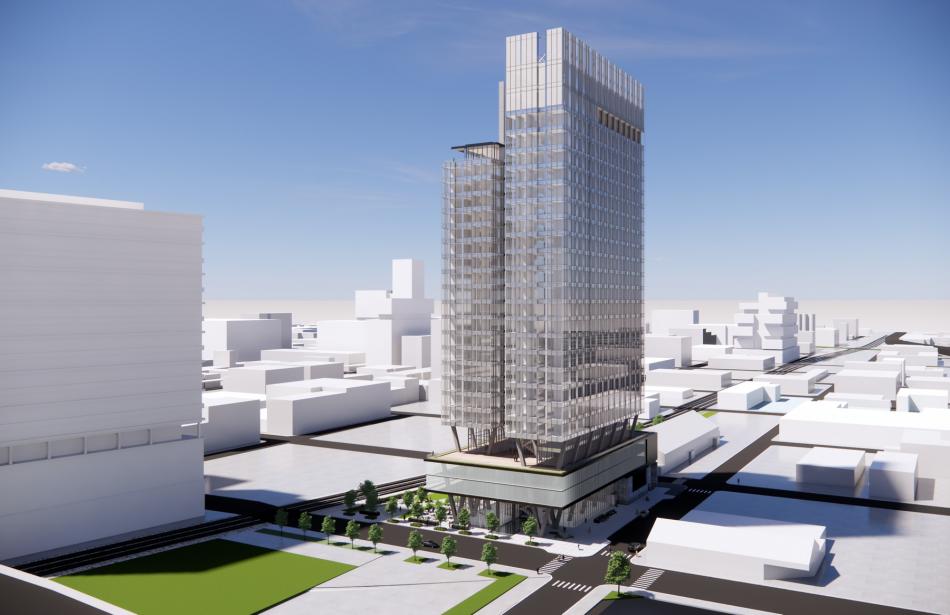 According to Sterling Bay's website, the 498,844-square-foot tower will offer tenants "large, flexible floor plates and soaring ceiling heights," which explains why the building has grown by more than 125 feet taller by adding just five floors (plus several mechanical penthouse levels). The amount of on-site parking has been slashed from 256 spaces to just 90. Interestingly, the project's density, measured in Floor Area Ratio (FAR), remains essentially unchanged at 8.1 FAR, according to the application.

The development site is located just north of the Metra tracks and is currently home to a vacant lot. The new tower is slated to rise just east of an upcoming Guinness brewery and beer hall, as well as a 33-story office building proposed by Latsko Interests. The site plan for 360 Green includes new landscape improvements near the tracks along the property's southern edge. 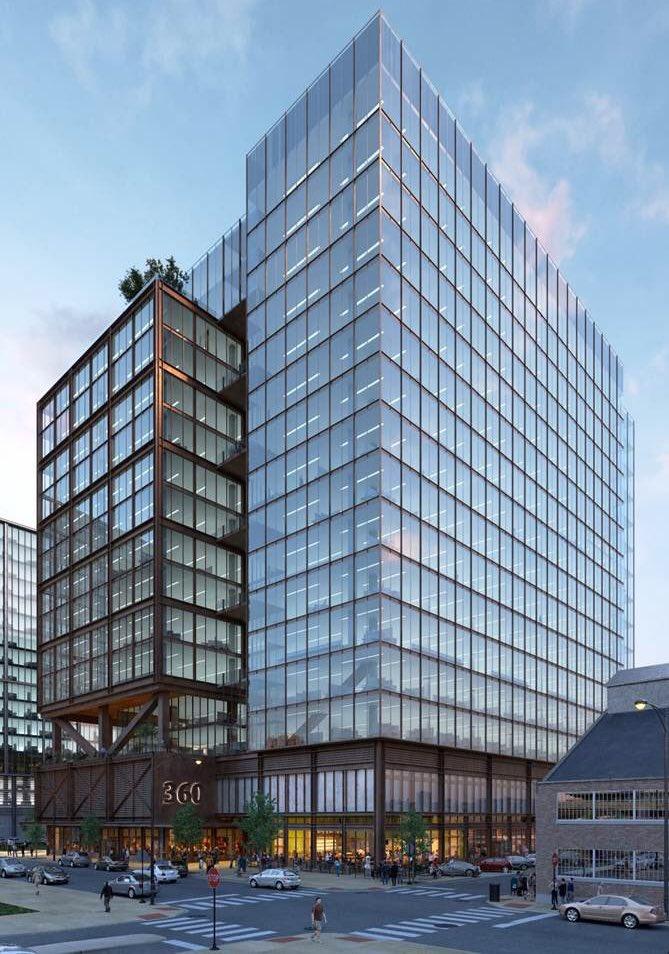 A rendering of 360 Green from 2018.Gensler/Sterling Bay

Sterling Bay is arguably the most prolific developer in the West Loop/Fulton Market District and has been especially active in the neighborhood's northeast corner. The company delivered the 19-story office tower at 333 N. Green in 2020 and broke ground on an 11-story office project at 345 N. Morgan this summer. Sterling Bay also has city approval for a 20-story office tower at the former Coyne College site at 330 N. Green.

Update 10/14: This post has been updated with new renderings courtesy of Gensler.