Work is complete on a new Porsche dealership in the base of the Presidential Towers in West Loop Gate. Known as Porsche of Downtown Chicago, the project represents the first—and so-far only—Porsche dealership within Chicago city limits.

Developed and owned by Napleton Automotive Group, the showroom and service facility stands at the northeast corner of Jefferson and Monroe streets. The dealership occupies a commercial space that has sat vacant since the Walmart Neighborhood Market small-format grocery store closed in early 2017. 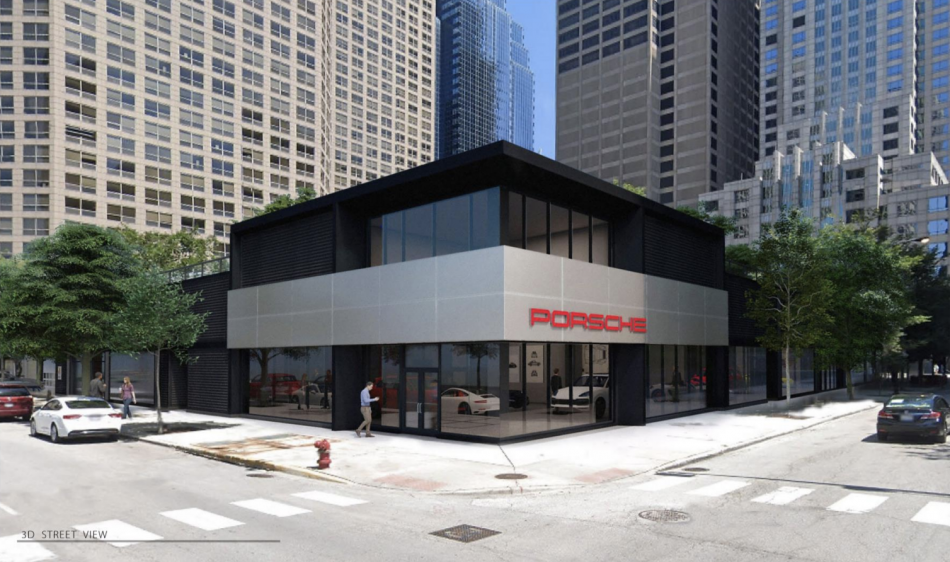 Chicago Department of Planning of Development

Car dealerships typically represent the opposite of sound urban design, but this one is about as inoffensive as they come. It lacks a large surface lot and uses an existing curb cut and driveway for its service department. The design from RC Bowman Architecture utilizes a frameless storefront system and a minimalist (albeit on-brand) corporate facade of gray and black metal panels.

Although the dealership repurposes an existing space, the project did have to go before the city in May 2020 for a technical zoning amendment to allow additional uses, including "indoor light equipment sales and rental” and “motor vehicle repair." 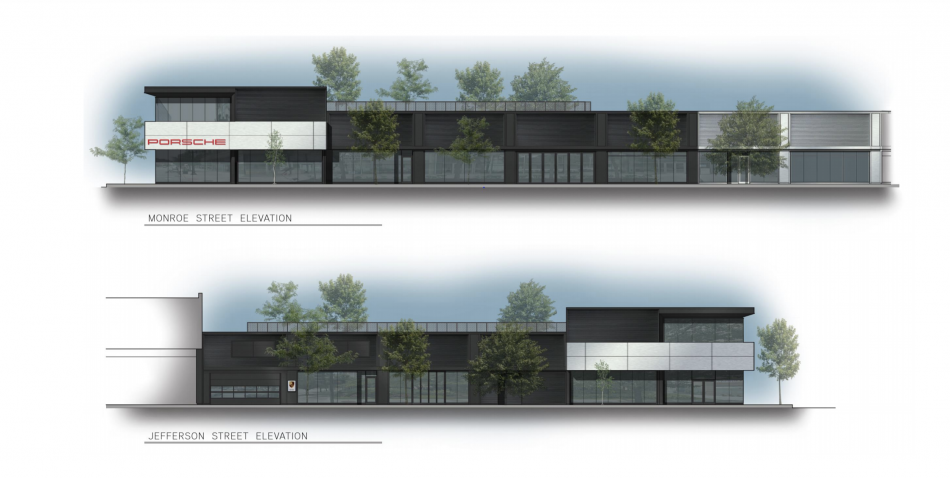