Zoning documents reveal a new design is underway for 1101 W. Van Buren. A residential development planned by Pizzuti Development, the project is also known by the address 1061 W. Van Buren. Originally approved all the way back in 2015, the developers received an extension on their 5-year deadline as part of the Planned Development designation, with the new deadline set for just a month from now on November 18, 2022. 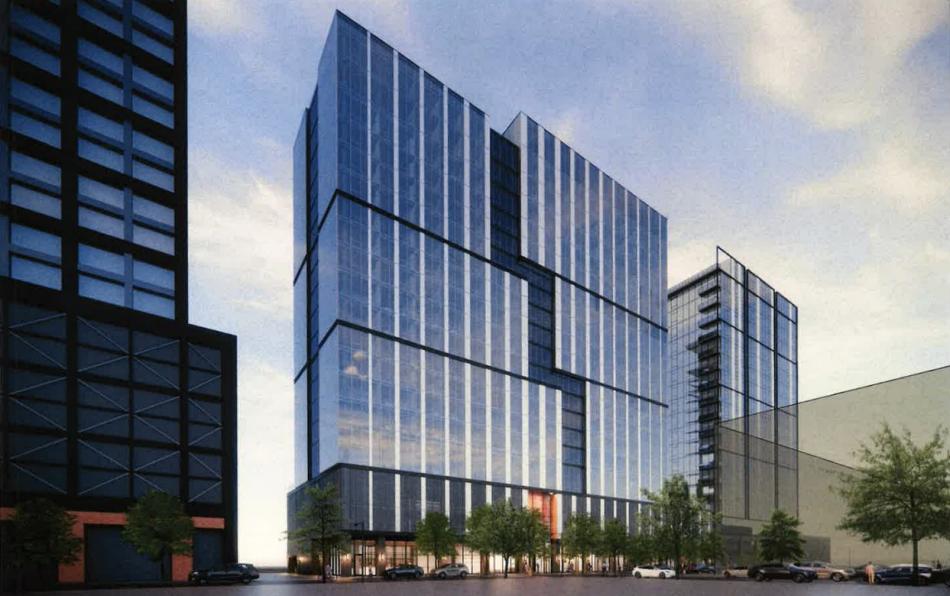 Now with Goettsch Partners on board for the design, the new tower will rise 21 floors, down from 26 stories. While the height has been reduced from 274 feet down to 226 feet, the 298 apartments will be retained. The project will also reduce the previously approved 140 car parking spaces down to 82 parking spaces. 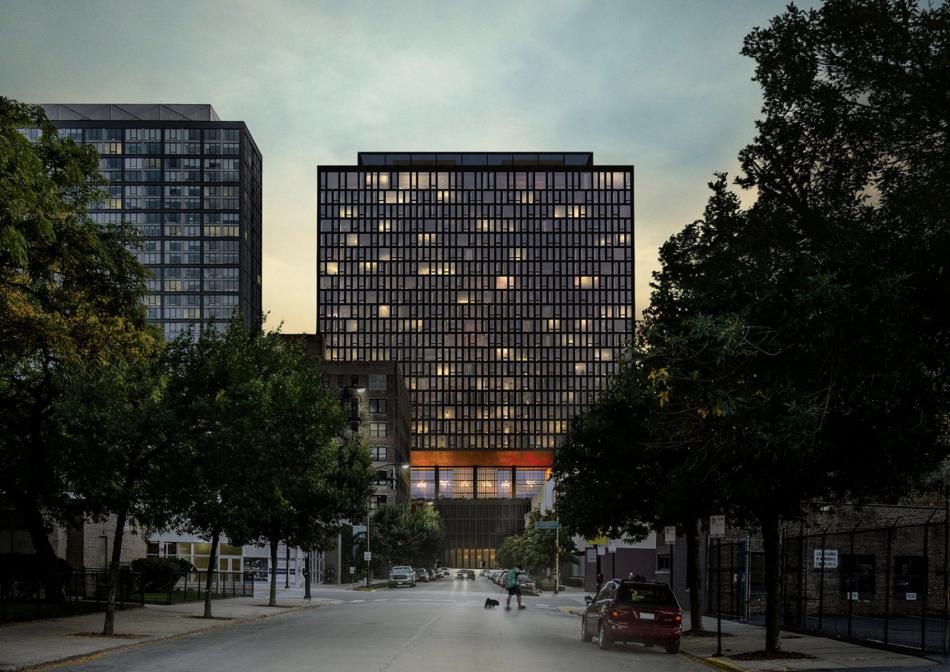 With STL Architects previously in charge of the design, their plan called for a large rectangular volume that was adorned with modules of windows in different sizes. A large “frame” element was introduced at the amenity level as a feature piece of the design. The new design switches out the metal, gridded facade for one that is clad in glass and steel. Stretching out horizontally, the volume is broken up with a series of insets that stagger up the facade. 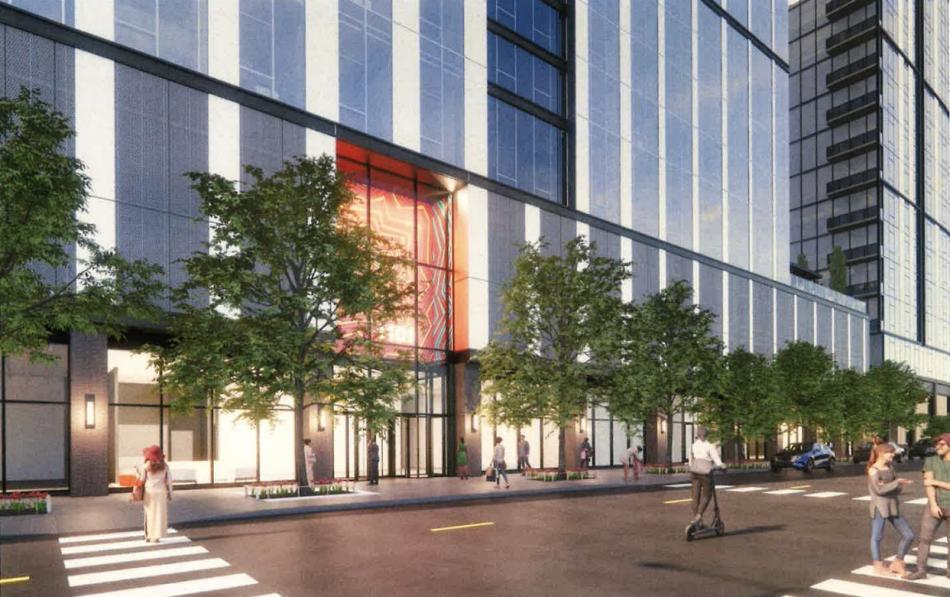 At the ground floor, the glass has been recessed to reveal brick-clad columns across the entire W. Van Buren St frontage. Residents will enter the building through the residential entry located at the middle of the building’s street frontage. Retail space will occupy the northeast corner, with coworking, a game room, and bike parking on the west end of the ground floor. Parking access will be from a private driveway on the eastern side of the property.

With the project’s zoning deadline looming, the developers have filed the full set of permits for the project. A foundation, superstructure, tower crane, and full building permit have all been filed and are awaiting issuance. 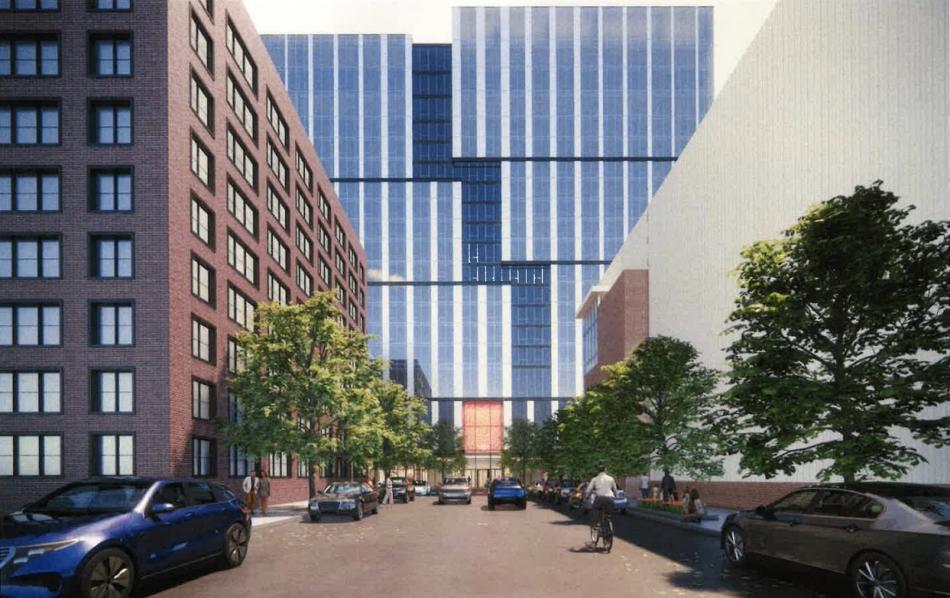