Work is officially complete on an estimated $6.5 million revamp of the 1970s-era outdoor plaza at the base of the 1,136-foot-tall Aon Center at 200 E. Randolph. HGA Architects redesigned the landscaping to be inviting and accessible by gently sloping down from the street and Millennium Park toward the main lobby of the office tower. The large fountain that previously dominated the original plaza has given way to a more open feeling with much more usable green space and seating.

"The new sloping lawn blurs the line between public and private realms, offering opportunities for work and social gatherings, cafe seating, and after-hours lounging in an inviting, park-like environment," said Brit Erenler, a landscape architect with HGA, in a statement. "The plantings throughout the plaza will change and grow, providing visual interest during the four seasons we experience in the Midwest, as well as hiding the complex infrastructure underneath." The project also relocated some of the Aon Center's sounding sculptures by artist Harry Bertoia to a central location in the plaza. 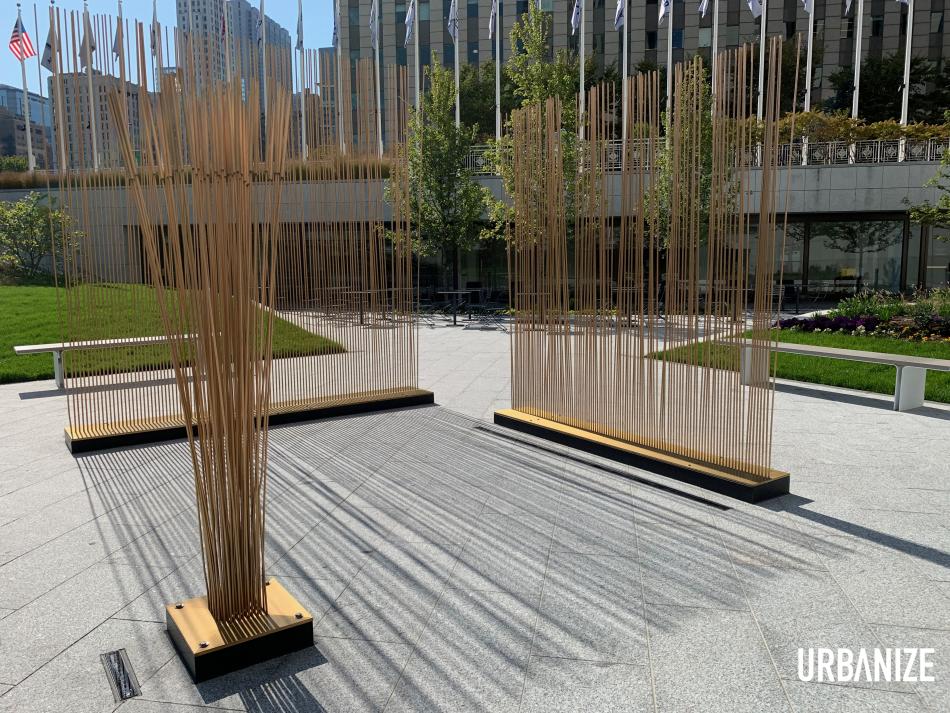 Demolition of the old plaza began in late 2020 and presented some unique challenges for BEAR Construction. "In redeveloping the Aon Center plaza, we had to figure out how to remove thousands of tons of granite before we could start reconstructing it," said Scott Kurinsky of BEAR in a statement. "We got around this challenge by cutting a hole to Lower Randolph to remove the granite from the bottom instead of the top. Once we managed to navigate that challenge, we could begin building the gorgeous plaza you see in front of you now."

The plaza is the latest upgrade to the iconic tower since its original construction in 1972. In 2017, the building received a refreshed lobby and amenities including a new fitness complex, conference center, and tenant lounge. A plan to add an exterior glass elevator, a public observation deck, and a rooftop "thrill ride" to the supertall skyscraper has been delayed. Work on the observatory won't start before 2022 at the earliest, the Tribune reported. 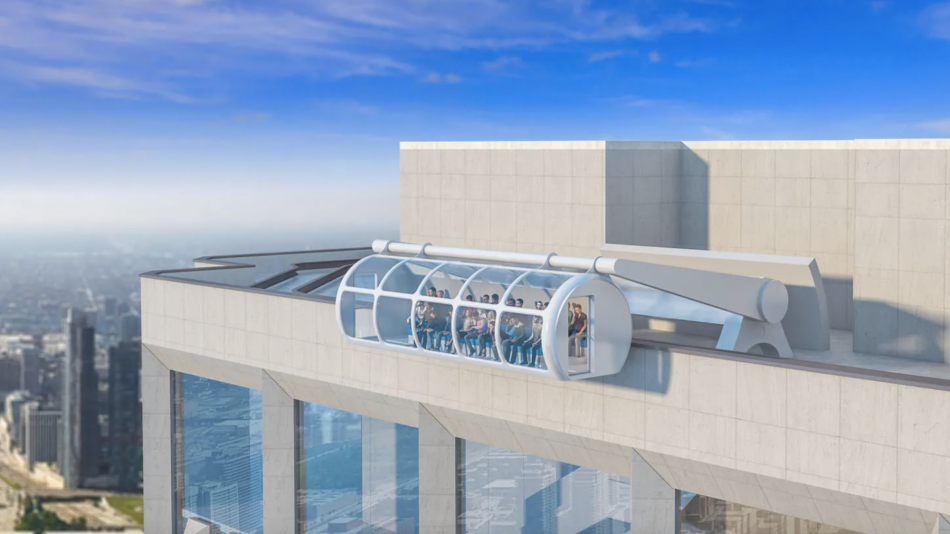