River North is poised to see even more apartment development after the Chicago Plan Commission approved a proposal from Vista Property Group for a 21-story rental tower on the east side of Wells Street between Chicago Avenue and Superior Street. 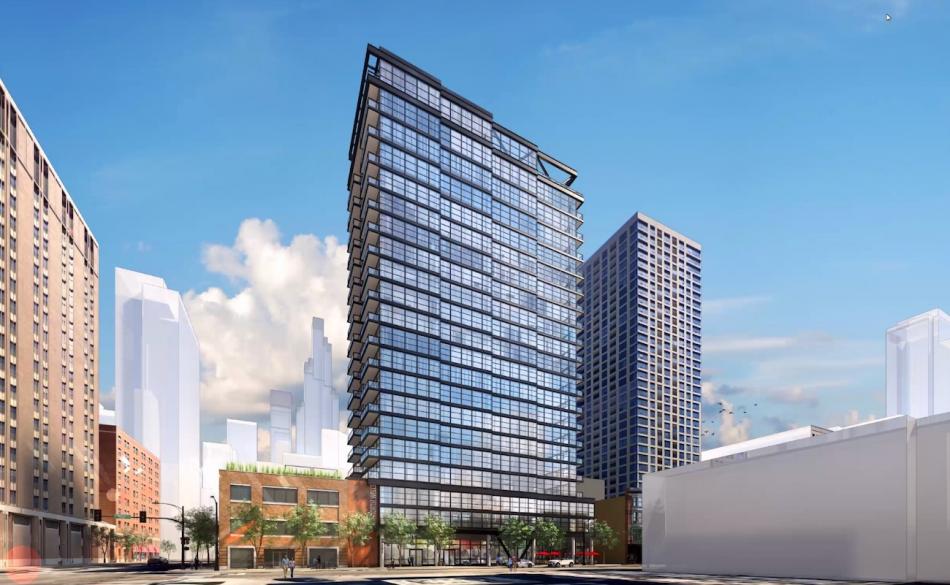 The 254-foot-tall building is designed by architecture firm Antunovich Associates with a glass and metal "contemporary loft vernacular." The tower features a gently serrated western facade, balconies on the north and south elevations, 21,000 square feet of ground-floor retail, and 53 parking spaces in a subtle podium matching the appearance of the tower above. The unit mix calls for 70 efficiencies, 68 one-bedroom apartments, and 40 two-bedrooms.

The existing three-story commercial building just to the north of the development site—which is also owned by Vista Property Group—will be preserved and its roof turned into an outdoor amenity space for the proposed tower next door. There will be additional amenity space at the top of the new high-rise which includes a club room, a pool deck, a coworking area, and "maker space" for art projects. 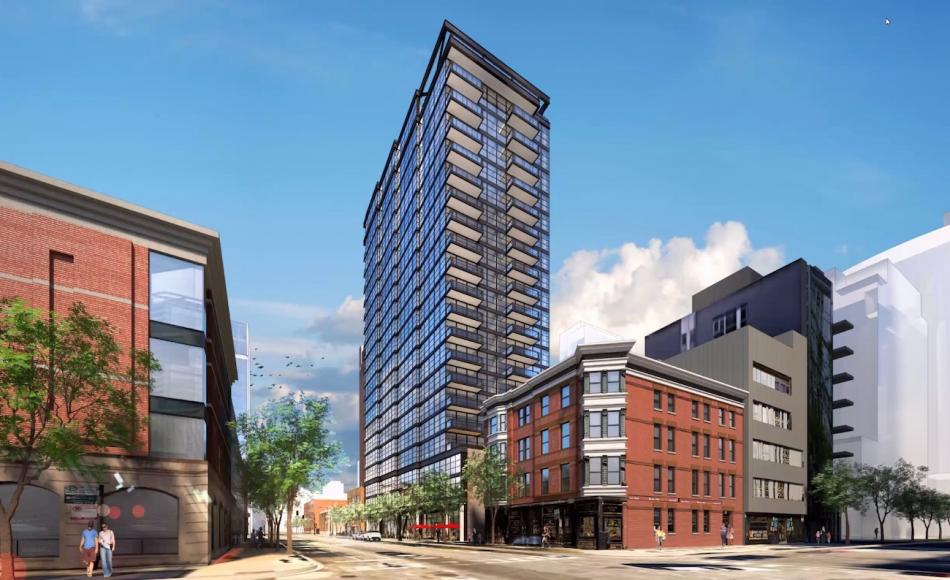 The four-story Brehon Pub building (lower right) is not part of the proposed development. Antunovich Associates

The development would, however, demolish a handsome three-story Italianate at 739 N. Wells as well as a single-story retail building that was home to Yolk restaurant and Jess Chicago. The vintage Brehon Pub building to the south is located outside the boundaries of the project and will be spared from the wrecking ball.

The project will provide five of its required 18 affordable units on-site, make a $2.44 million payment into the city's Affordable Housing Opportunity Fund, and contribute another $2.4 million to the Neighborhood Opportunity Fund. 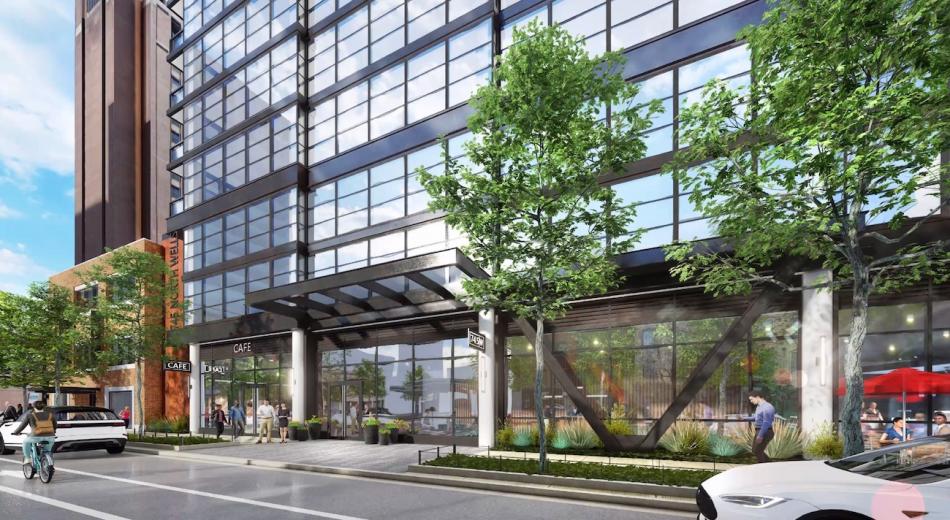 Once approved by the Committee on Zoning and full City Council, the project at 739-755 N. Wells Street will take roughly 19 months to construct. Skender has been selected as the general contractor. The Vista, Antunovich, and Skender team is also behind a 15-story office building currently under construction at the corner of Randolph and Jefferson in the West Loop Gate neighborhood.

The Wells Street corridor has experienced more apartment development than just about any other area in River North. Recent projects such as Exhibit, Marlowe, Hensley, Gallery on Wells, and 640 North Wells brought more than 1,200 new rental units to the immediate area. AMLI Residential's 318-unit project at nearby 808 N. Wells opens this month, and the massive 2,656-unit multiphase North Union project won city approval earlier this year. 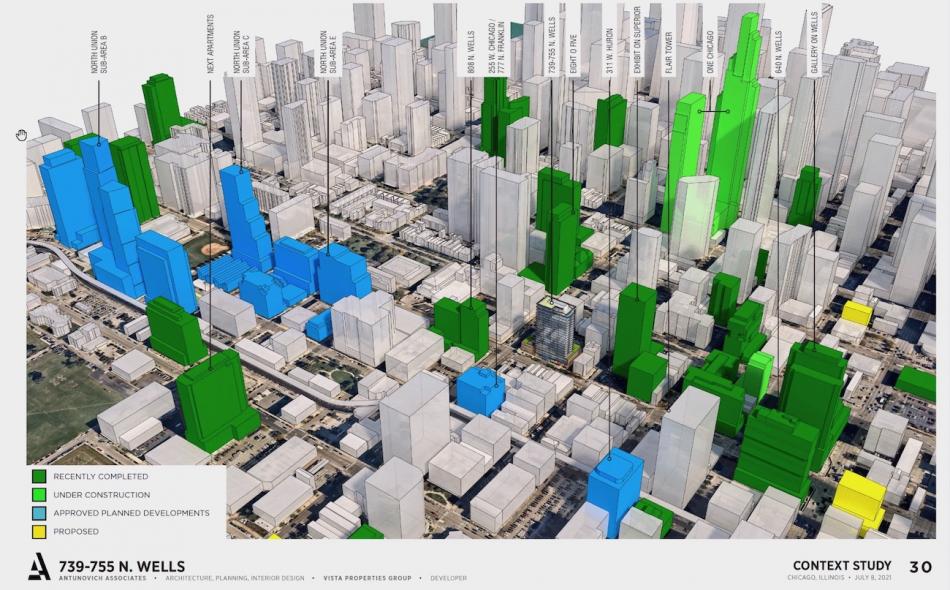