While downtown Chicago is world-famous for its innovative architecture, it's also home to dozens of similarly colored beige-painted concrete towers slapped up during the pre-recession condo boom. Now, one such example at 600 N. Dearborn is ditching its khaki color cladding for a cooler shade of blue-ish gray.

The 21-story, 161-unit condo building—officially known as The Farallon—was completed in 2001. While we don't know how many times the streaky facade has been cleaned since then, it wouldn't be surprising if the number was zero. The fresh paint color isn't a bold choice, but the makeover should disguise the grimy exterior and bring some variety to what is essentially a solid wall of beige River North towers. 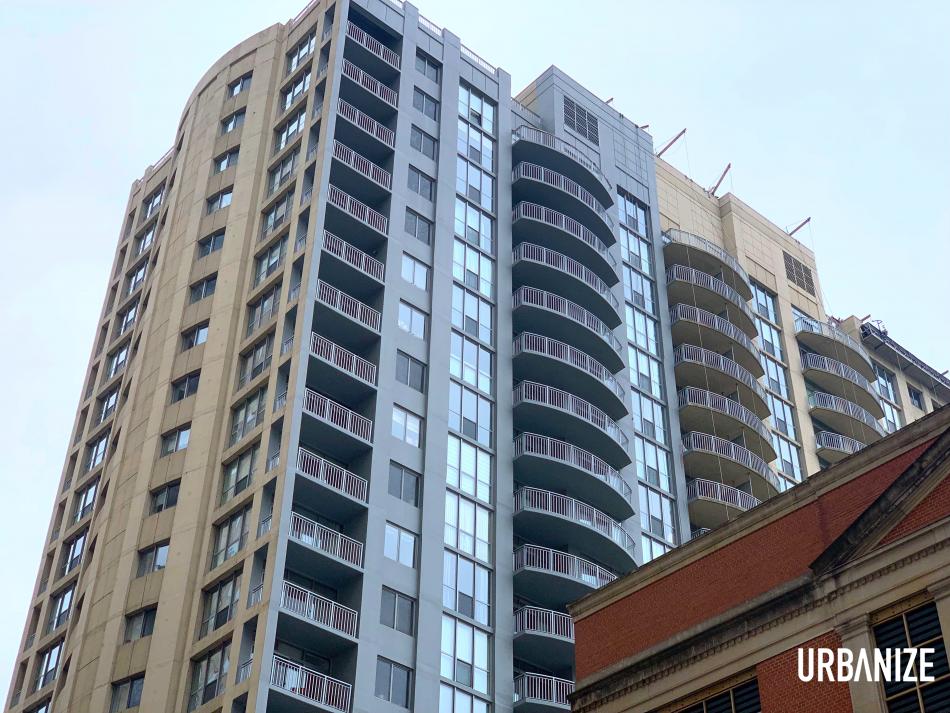