Salesforce Tower Core Tops Out in River North: This week, the concrete core for Chicago’s Salesforce Tower reached its full height, marking a key milestone for this 60-story skyscraper rising at 333 W Wolf Point Plaza along the confluence of the Chicago River. As noted in a LinkedIn post by the general contractor Walsh Construction, the final height of the core stands 840 feet, falling in line with recent speculation of a 15-foot height bump. Furthermore, it appears that the final architectural height of the edifice will now be 850 feet above the river walk, once the superstructure is accounted for. (Chicago YIMBY)

CDOT plans overhaul of complex Armitage/Cortland/Ashland/Elston junction: The Chicago Department of Transportation has taken preliminary steps to reconfigure the intersections of Armitage Avenue, Cortland Street, and Ashland and Elston Avenues, a convoluted confluence of roadways that has long bedeviled people traveling by foot, bike, transit, and motor vehicles. (Streetsblog Chicago)

Marshall Field building now home to Chicago's Vivid Seats HQ: Online ticket marketplace Vivid Seats is moving its HQ to the redeveloped floors above the Macy's flagship on State Street, but it's taking less than half the space it was considering before the pandemic. (Crain’s Chicago Business) 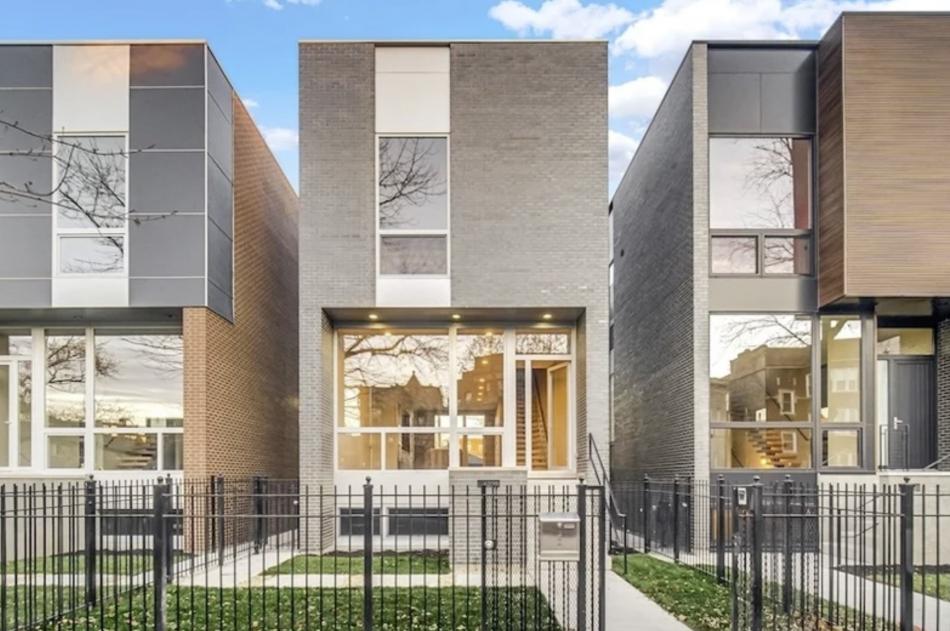 Record home sale price in Woodlawn again: A new-construction home on Greenwood Avenue sold for $769,500. The developer now plans to complement his nine upper-priced homes with a dozen in the same contemporary style, but "half the size and half the price." (Crain’s Chicago Business)

Illinois bridges in line for federal funding infusion: Illinois is in line to receive nearly $1.4 billion in federal funding over five years to help upgrade the state’s deteriorating bridges, the Biden administration announced Friday. The funding, which comes from the $1 trillion bipartisan infrastructure plan President Joe Biden signed into law in November, is just a portion of the roughly $17 billion the state is expected to receive from the overall package. It should provide a boost to a state that has more than 2,300 bridges rated in “poor” condition, according to federal data, the third-largest total among all 50 states. (Chicago Tribune