The second of two neighboring apartment buildings slated for the 400 block of West Chicago Avenue has been cleared to break ground in River North. The upcoming 10-story, 93-unit structure at 411 W. Chicago Avenue received a construction permit from the city. It will rise just to the east of a 10-story, 134-apartment complex at 751 N. Hudson, which received its permits in July.

Developed by LG Development Group, the two buildings are known collectively as Hugo—a portmanteau of "Hudson" and "Chicago." Both development sites are currently vacant, and a narrow two-story commercial structure located between the two apartment buildings will remain, based on renderings of the project.

Hugo is designed by architecture firm NORR. The building at 411 W. Chicago features a mostly masonry facade while the building at 751 N. Hudson is clad in metal panels. The permit lists LG Construction as the general contractor. 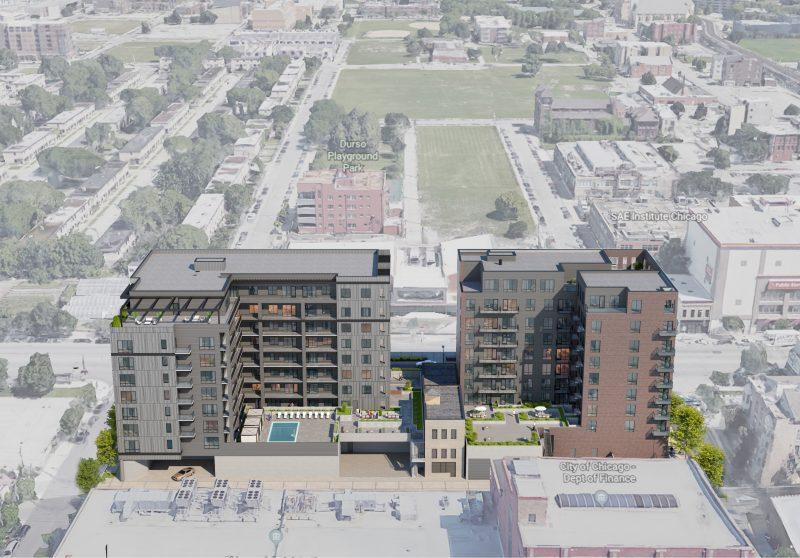 Both Hugo buildings will contain their own fitness centers, dog runs, and bike rooms. According to LG's website, 411 W. Chicago also boasts an "extra-large sun deck with immaculate landscaping, lounge chairs, an outdoor kitchen with multiple grills, as well as its own 10th-floor amenity deck with eastern views of the Gold Coast skyline."

Construction work on 411 W. Chicago and 751 N. Hudson is expected to begin in "mid-August," according to the office of Ald. Brendan Reilly (42nd). The buildings will take approximately 18 months to complete, depending on the weather. 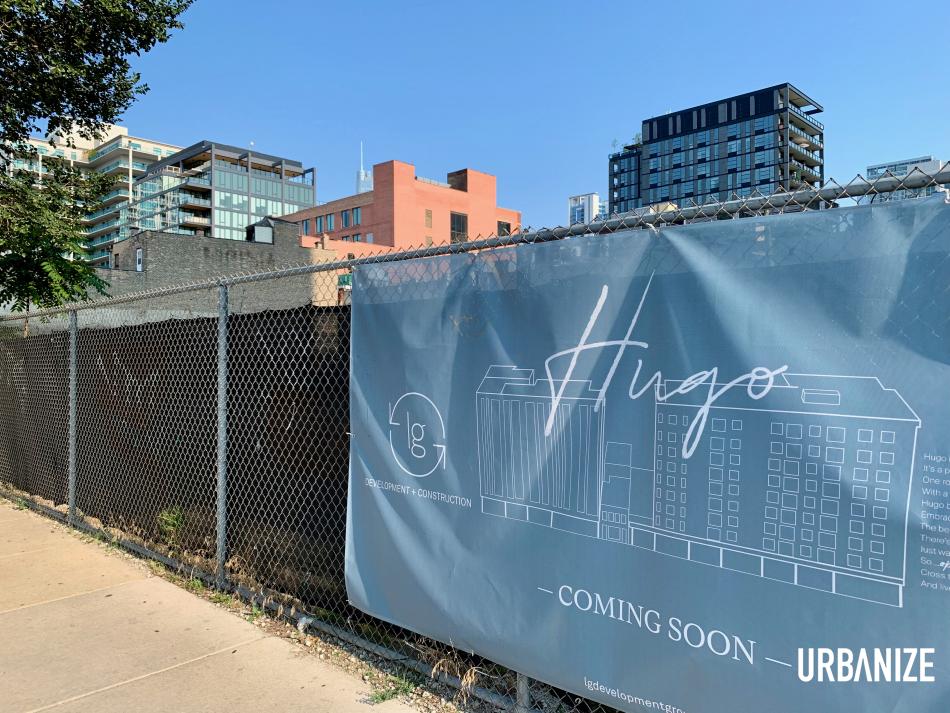