It's been 19 months since a 25-story apartment tower slated for 410 S. Wabash Avenue received its first building permit at the end of 2019. And while we can't blame developers for tapping the brakes in the midst of a global pandemic, we were starting to wonder if the downtown project was going to break ground anytime soon...

The referenced media source is missing and needs to be re-embedded.

In a clear sign that things are indeed moving forward, demolition crews are now hard at work ripping up the site's existing surface parking lot. When the last bits of asphalt are removed, crews will be free to shift their attention to transforming the underutilized lot at the southwest corner of Wabash Avenue and Van Buren Street into a 250-foot-tall mixed-use high-rise.

Developer LMC, a subsidiary of Miami-based Lennar, first revealed its plans for 410 S. Wabash at a 4th Ward town hall meeting in early 2019. Designed by architecture firm Antunovich Associates, the upcoming building contains 344 rental units, roughly 8,000 square feet of retail, parking for 103 cars and 137 bikes, and amenities including an outdoor pool. According to the presentation, the apartment mix comprises 220 efficiency units, 60 one-bedrooms, 61 two-bedrooms, and 3 three-bedrooms. 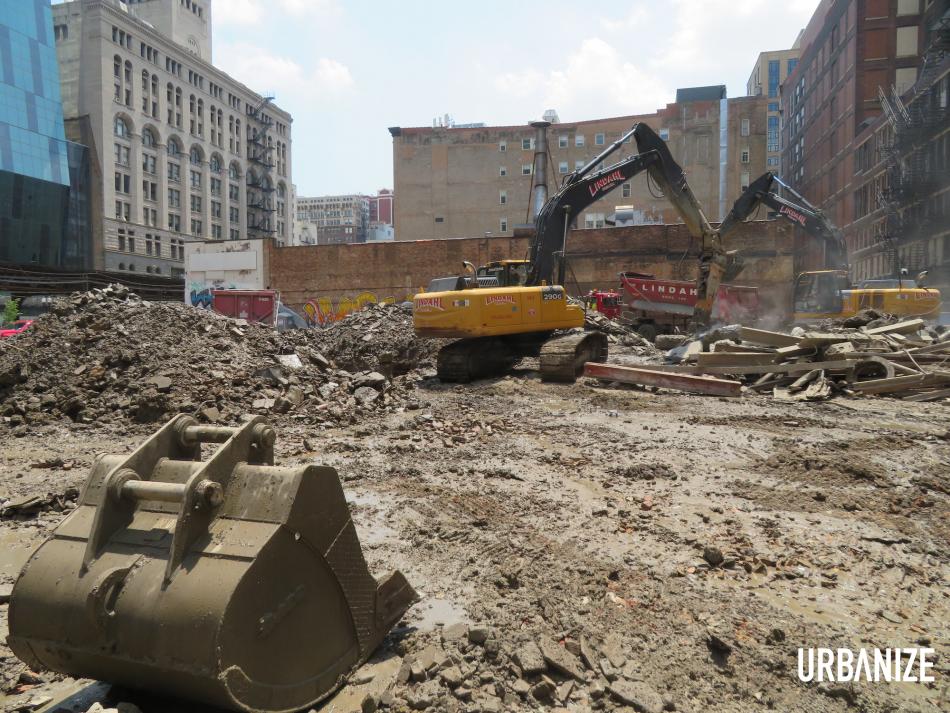 Because the downtown site was already zoned for heaps of density (a DX-16 designation), the developer did not require a zoning change or other city assistance and was free to pursue the project "as of right." It's worth noting that a similar as of right hotel development rising 26 stories is in the works for the nearby parking lot at 424 S. Wabash. That project aims to break ground in March 2022.