An ambitious proposal to build a massive film production facility around the corner from the historic Avalon Regal Theater is moving forward in Chicago's South Shore community. Dubbed the Regal Mile Studios, the project was granted preliminary zoning approval by the Chicago Plan Commission on Thursday, July 15. 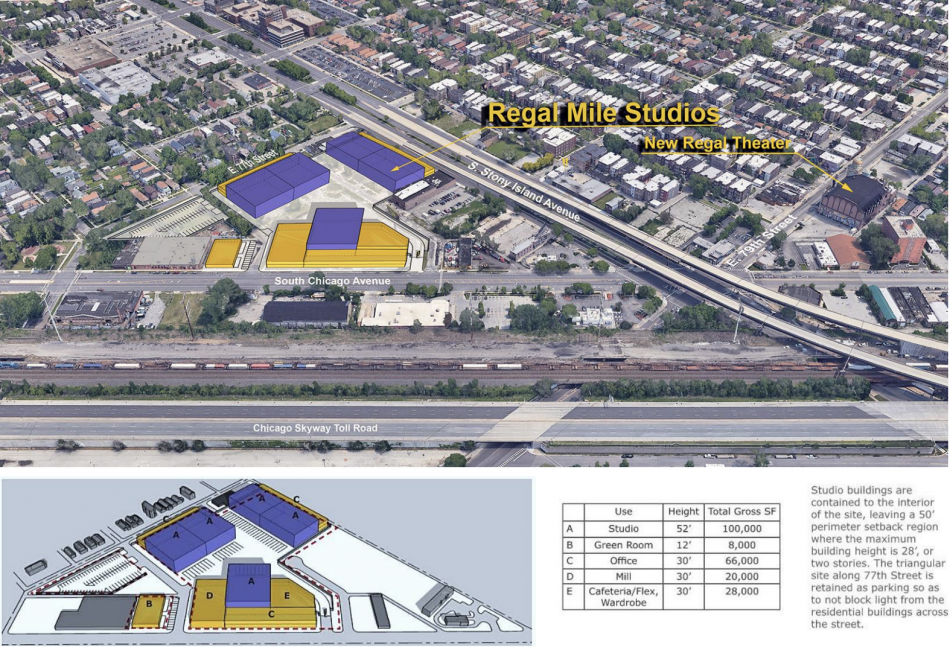 The Regal Mile Studios are a joint venture between Chicago developer Loop Capital Markets and Derek Dudley, a producer of Showtime's The Chi series who grew up in the South Shore neighborhood. Chicago-based Bauer Latoza Studio serves as design architect, according to the project's zoning application.

The development team held several meetings with members of the public as well as city officials to refine their proposal. The Chicago Department of Planning and Development (DPD) had input on the contemporary design of the facade and requested the addition of trees and landscaping throughout the site. A public plaza was also added to the plan based on feedback from the community, according to materials posted by DPD.

The estimated $60 million project could be a major economic driver for the immediate area. It would create 250 construction jobs plus 34 permanent positions and roughly 300 production-related jobs during filming. The studio could also give a much-needed boost to struggling local businesses—and perhaps even kick-start the restoration of the landmark Avalon Regal Theater, which has sat vacant for more than a decade.

"[South Shore is] in dire need of meaningful investment that will uplift the community," Derek Dudley told Crain's Chicago Business earlier this year. "It's been forgotten. It's not the South Shore community I grew up in."

On Tuesday, the Chicago Community Development Commission voted to approve the sale of six parcels of city-owned land at 1433-43 E. 77th Street and 7700-08 S. Blackstone Avenue for $31,000 to the development team. 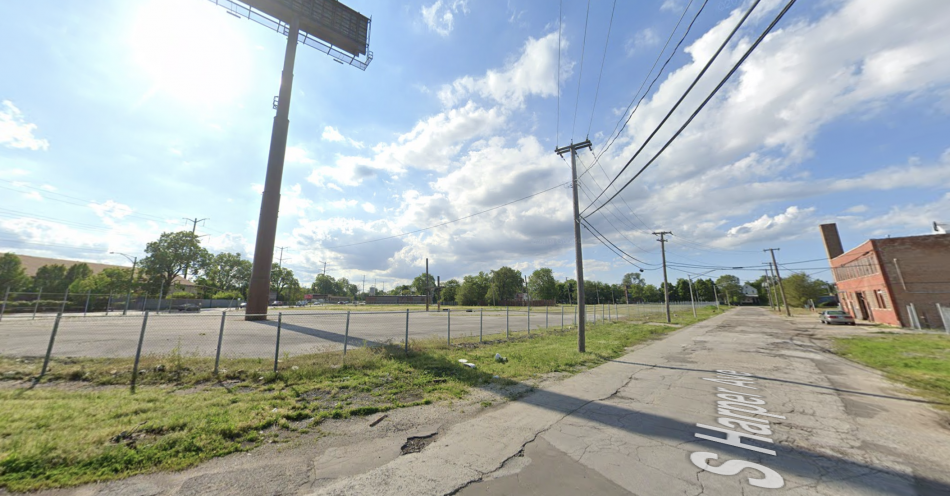