The Apostolic Church of God has revealed plans for Woodlawn Central, a megadevelopment to rise within the Woodlawn neighborhood. According to the development’s website, Woodlawn Central is designed to support a diverse range of Black American businesses, creators, innovators, and residents, providing opportunities to share their unique experiences and perspectives.

Centered around the Apostolic Church of God campus, the development will span beyond E 63rd St to the north, beyond E 64th St to the south, within S Kimbark Ave to the west, and stop at the Metra tracks to the east.  The 8-acre complex will be home to a total of 1.25 million square feet of development. A potential future phase looks to continue eastward. 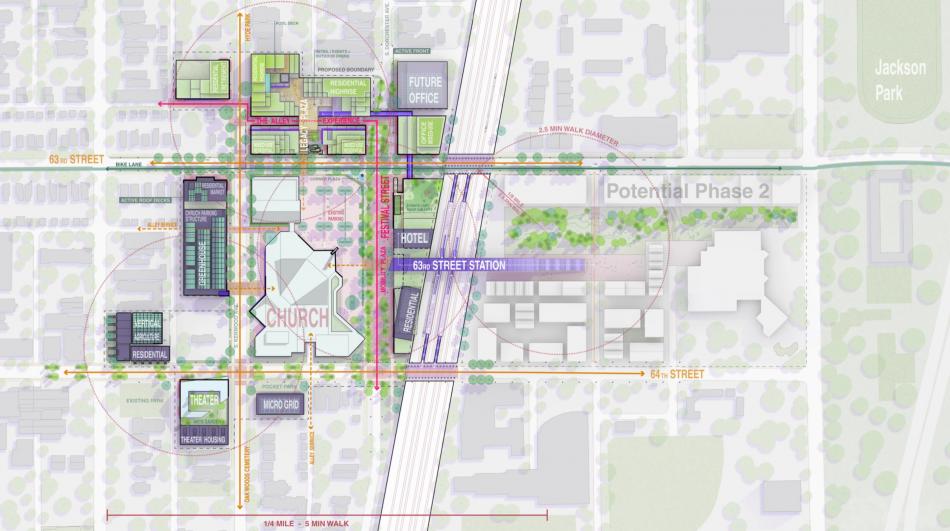 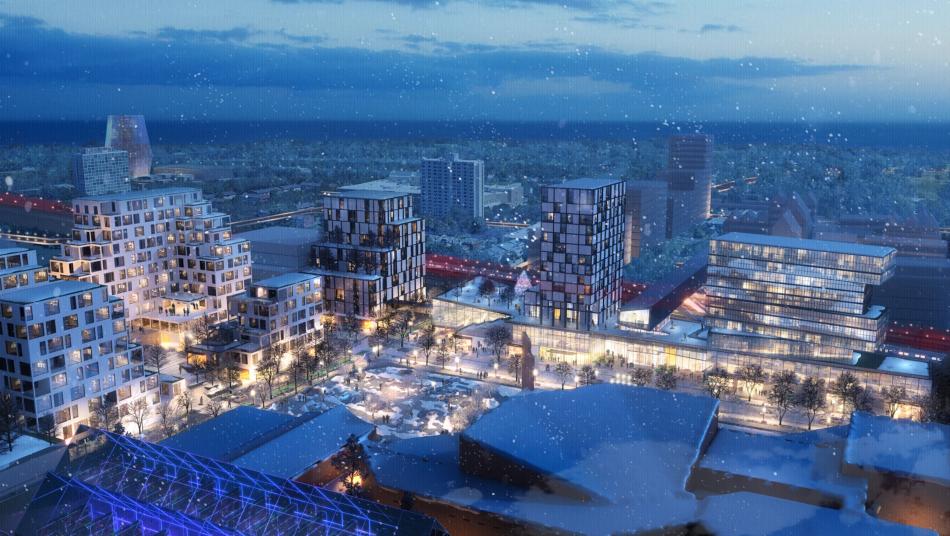 To the south and west of the main church property, Block D will encompass a district energy facility to make a microgrid for the project. Block E, dubbed Black Box Theater, is planned to hold a performance venue with a 200-seat theater and two 20-seat theaters. A group of 40 dwelling units will be incorporated with parking included. The Mixed-Use Vertical Greenhouse at Block G will create a 530,000 square foot greenhouse with 56 residential units. A shared parking structure will be located in Block F + H to consolidate parking space for the Apostolic Church of God and adjacent residential and retail uses. It will also include 12,500 square feet of retail, 38 residential units, and rooftop urban agriculture.

The masterplan could account for as much as between $300 to $600 million in investment. It is currently unclear how many of the units will be designated affordable, but Byron Brazier of the church stated that they will meet the Woodlawn Housing Preservation Ordinance which requires a minimum of 30% affordable units. 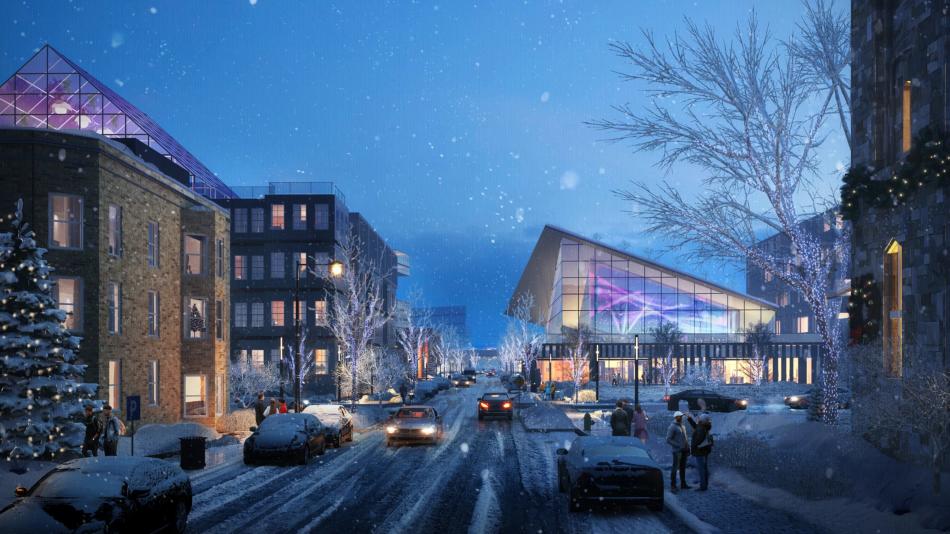 The buildings will be designed to use modular construction, with the developers tapping New York-based Full Stack Modular. The development team will be rounded out with Skidmore, Owings, and Merrill, Gensler, AECOM, Citibank, the University of Chicago, and Preservation of Affordable Housing.

According to a Block Club Chicago article, the developers are aiming to break ground in 2023 and complete at least 85-90% of construction by 2026. The plan still requires final design work, the securing of financing, environmental reviews, and formal approvals from the city.