A plan to build a $35 million transit-oriented development (TOD) next to the 43rd Street Green Line station got a boost this week when the Chicago Community Development Commission voted to approve $5 million in Tax Increment Financing (TIF) for the Bronzeville project.

The first phase of a multiphase development known as "43 Green," the 10-story building will replace an empty city-owned lot at the corner of 43rd Street and Calumet Avenue. The site is directly across from The Forum, a vacant historic assembly hall that will soon be redeveloped back into commercial space. 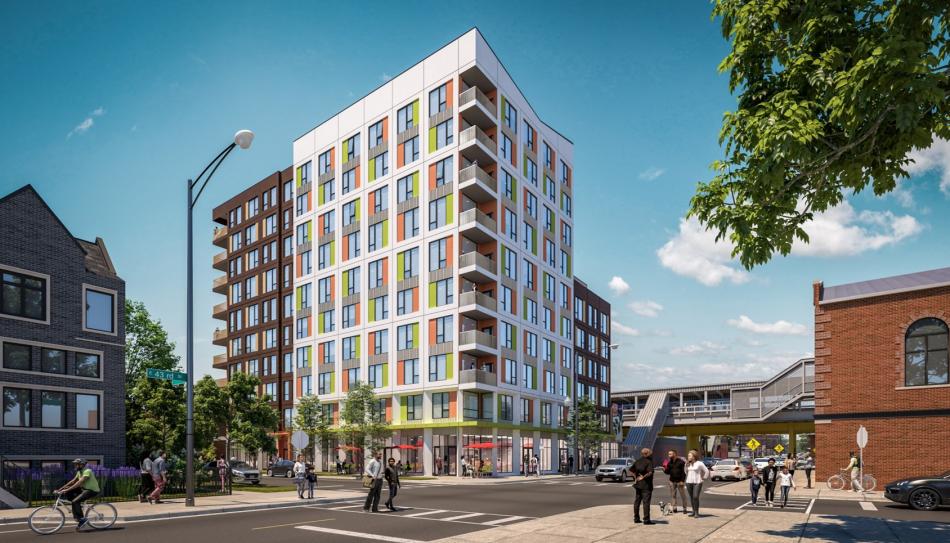 Designed by Landon Bone Baker Architects and co-developed by The Habitat Company and P3 Markets, the mid-rise tower will feature 51 affordable and 48 market-rate apartments offered in a mix of studio, one-, and two-bedroom floorplans. The development also calls for ground-floor retail space and parking for 25 cars.

The TIF money for 43 Green still needs the blessing of the Chicago City Council. The funds will supplement Low Income Housing Tax Credits secured by the developers in early 2020 and bring the Bronzeville project one step closer to breaking ground.

Future phases of 43 Green could include additional mixed-income, transit-oriented buildings along the 43rd Street corridor. If successful, the project could be a model for other areas of Chicago's South Side, which have no shortage of vacant land near transit lines ripe for redevelopment. 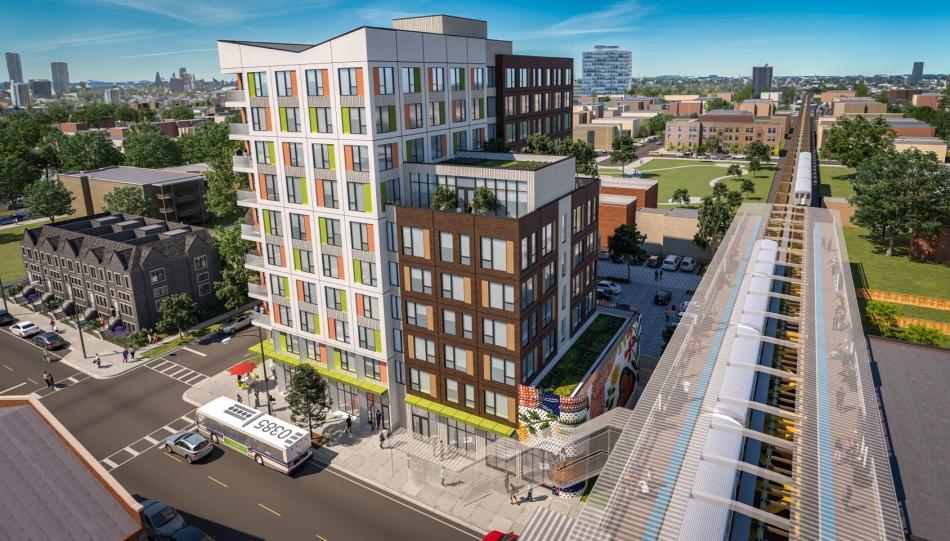