On Thursday, the Chicago Plan Commission signed off on developers' plans to get a stalled South Loop skyscraper designed by the late Chicago architect Helmut Jahn back on track by pivoting from 506 condominiums to 738 rental apartments. The increase in the number of units required an amendment to the project's previously approved Planned Development (PD), which will go to the City Council for final approval.

New York-based developers Time Equities, JK Equities, and Oak Capitals broke ground on 1000M—located across from Grant Park at 1000 S. Michigan Avenue—in late 2019. Crews managed to complete the tower's foundations before construction was halted in summer 2020 amid sluggish condo sales and a loss of financing during the pandemic. The team is hoping the switch to apartments will make the 73-story South Loop project more attractive to construction lenders.

The change in unit type isn't the only tweak to the plan. The Jahn-designed skyscraper also received a minor haircut from 831 to 805 feet, and the crown of the building has been redesigned to eliminate a perforated metal screen that wrapped around the rooftop amenity space. The tower's facade was further simplified by removing or minimizing the majority of horizontal metal spandrel panels between the floors. 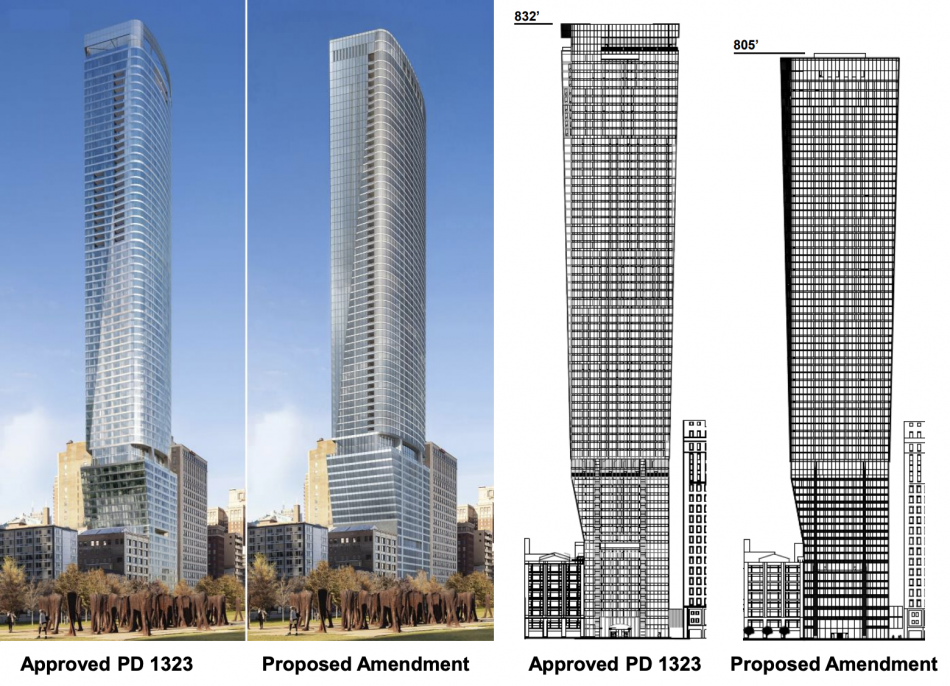 A side-by-side comparison showing the revisions to the design of 1000M.JAHN

The addition of 232 rental units meant the developers have to provide 23 affordable-rate units under the city's Affordable Requirements Ordinance (ARO). While the project's original zoning satisfied those requirements by contributing $828,000 to the city's affordable housing fund, the amended plan will build those 23 affordable apartments on-site.

The developers and Ald. Sophia King (4th) co-hosted multiple community meetings to discuss the proposed amendment but faced renewed pushback from some neighbors at the adjacent 910 S. Michigan condo building. Objections focused on construction-related scaffolding, parking concerns, and fears that "transient" populations and short-term rentals like Airbnb and Sonder would overrun the neighborhood.

"I believe the development team made very honest efforts to address parking, traffic, and other potential construction-related concerns," said Ald. King at Thursday's virtual Plan Commission hearing. "I have requested that the developer place provisions in the PD that would prohibit Airbnb rentals in the building. I think this is a great compromise that responds to the concerns of the residents."

If final approvals and financing go as planned, the developers behind 1000M hope to re-start construction as early as this fall—although the timing could slip to next spring, Time Equities CEO Francis Greenburger told the Chicago Tribune. The South Loop skyscraper is expected to take roughly three years to complete. 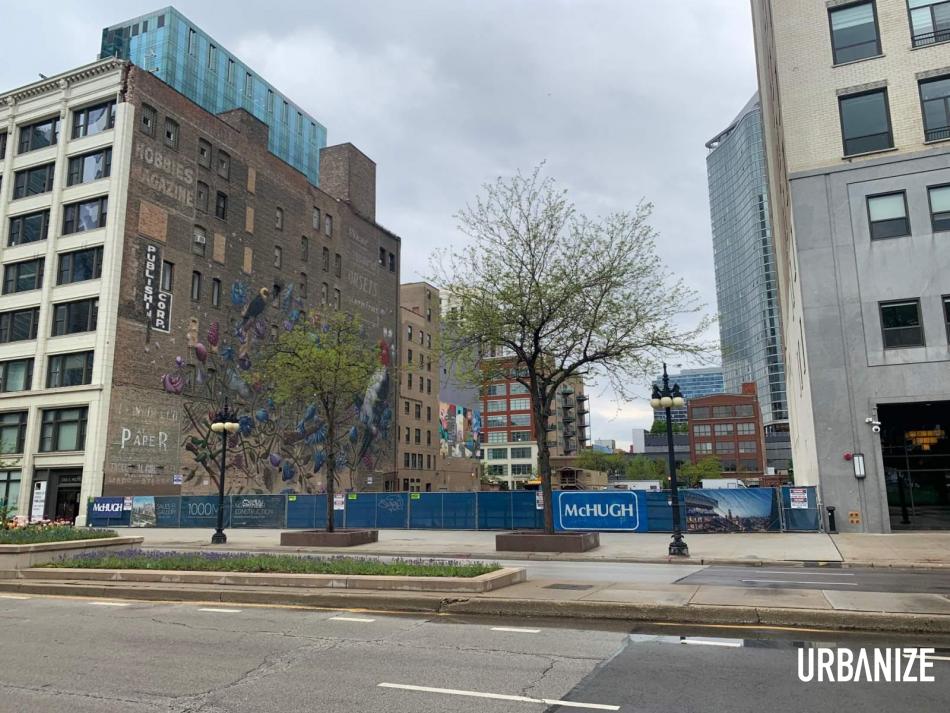