The next step in the process is for the State Historic Preservation Office to send the nomination—prepared by preservation firm Preservation Futures—to the National Parks Service for consideration. If the Thompson Center is added to the national register, developers looking to purchase the postmodern structure will have access to federal tax incentives that may help encourage adaptive reuse over demolition.

Preservationists feared the advisory council would vote against the designation. A memo from the State Historic Preservation Office argued the Thompson Center did not meet criteria for historic significance, the Chicago Tribune reported this week. The State of Illinois owns the property at 100 W. Randolph and is currently soliciting bids from developers to purchase the prominent downtown site.

"The fact that the state was opposed to its nomination really shows that politics has entered the equation," Ward Miller of Preservation Chicago told Urbanize. "It's unfortunate in a city that's so well known for its architecture. We shouldn't leave it up to personal choice, politics, or whether or not a building has fallen into disrepair to determine if it should be preserved or demolished." 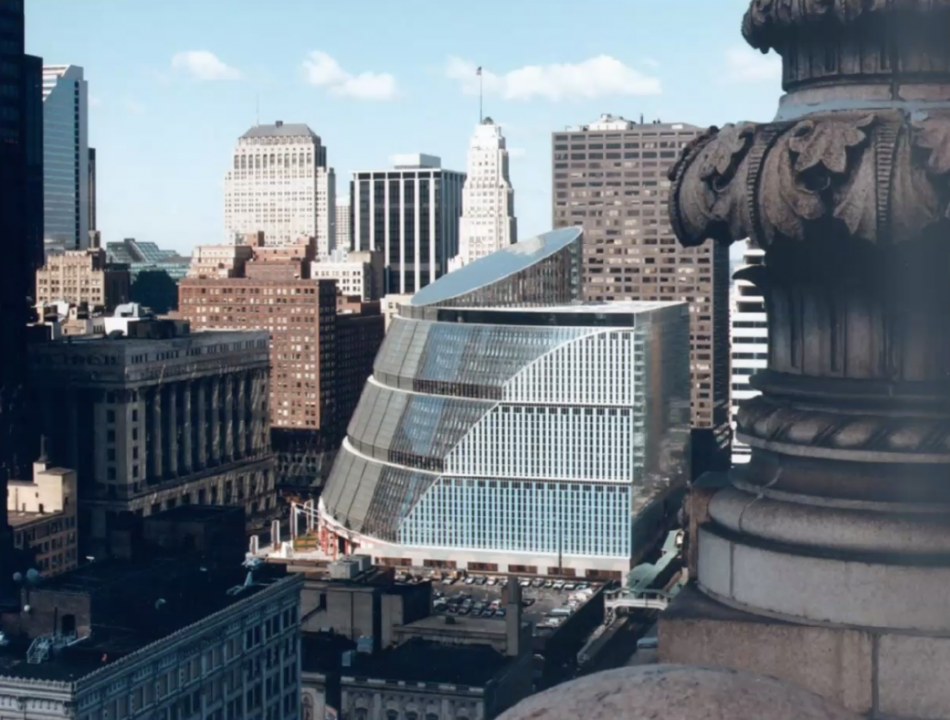 "We are eager for the next step in the designation process, which includes the state forwarding the nomination on to the National Park Service," said Lisa DiChiera, director of advocacy at Landmarks Illinois, in a statement Friday. "We are aware of the state’s opposition to the nomination and stand ready with our preservation partners to evaluate a possible appeals process if the state does not take this action.”

The Thompson Center was completed in 1985 by famed Chicago architect Helmut Jahn. The government office building features a salmon and baby blue color motif and is home to a soaring 17-story glass atrium, a CTA station, a food court, and a public plaza. Calls to preserve the structure became even more urgent after Jahn tragically died last month in a cycling crash.

While a listing on the National Register of Historic Places adds a tool for potential developers to find new uses for the Thompson Center, it does not prevent the building from being torn down. The best chance for ensuring its continued survival would be a Chicago Landmark designation from the city.

"The City of Chicago really does need to look at this as a landmark," added Miller. "That's not to say that the building could not be reimagined, but it would ensure that we get the right kind of developer and the right kind of adaptive reuse idea." 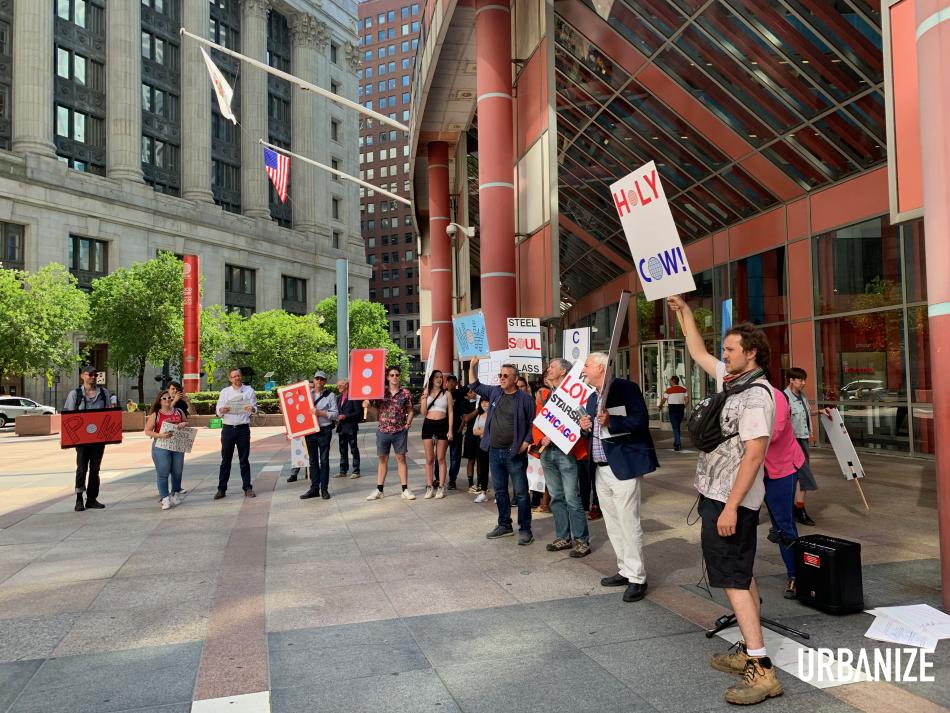 In May, the Chicago City Council voted to rezone the Thompson Center site to support a potential skyscraper rising more than 100 stories. While the move paves the way for developers to demolish the building, it could also allow proposals that preserve the Thompson Center's primary architecture and atrium while adding new density to the site.

If the National Register of Historic Places nomination is permitted to move forward, the Jahn-designed building could be added to the list in the next three to six months, according to Miller. Meanwhile, bids from developers to purchase the James R. Thompson Center are due by August 17, and state officials intend to select a buyer by November.