It's been five short months since Ald. Walter Burnett (27th) and the Planning Department lifted the ban on new residential development north of Lake Street in Fulton Market, and the apartment proposals just keep coming. The latest, a 25-story high-rise slated for 1245 W. Fulton, made its debut at a virtual community meeting Wednesday night.

Developed by Sterling Bay, the 314-foot-tall project would replace a vacant lot at the southeast corner of Fulton and Elizabeth. The development site is just west of the single-story Revel Fulton event space where rival developer Fulton St. Cos. recently won Plan Commission approval to build a 34-story high-rise with 433 apartments. 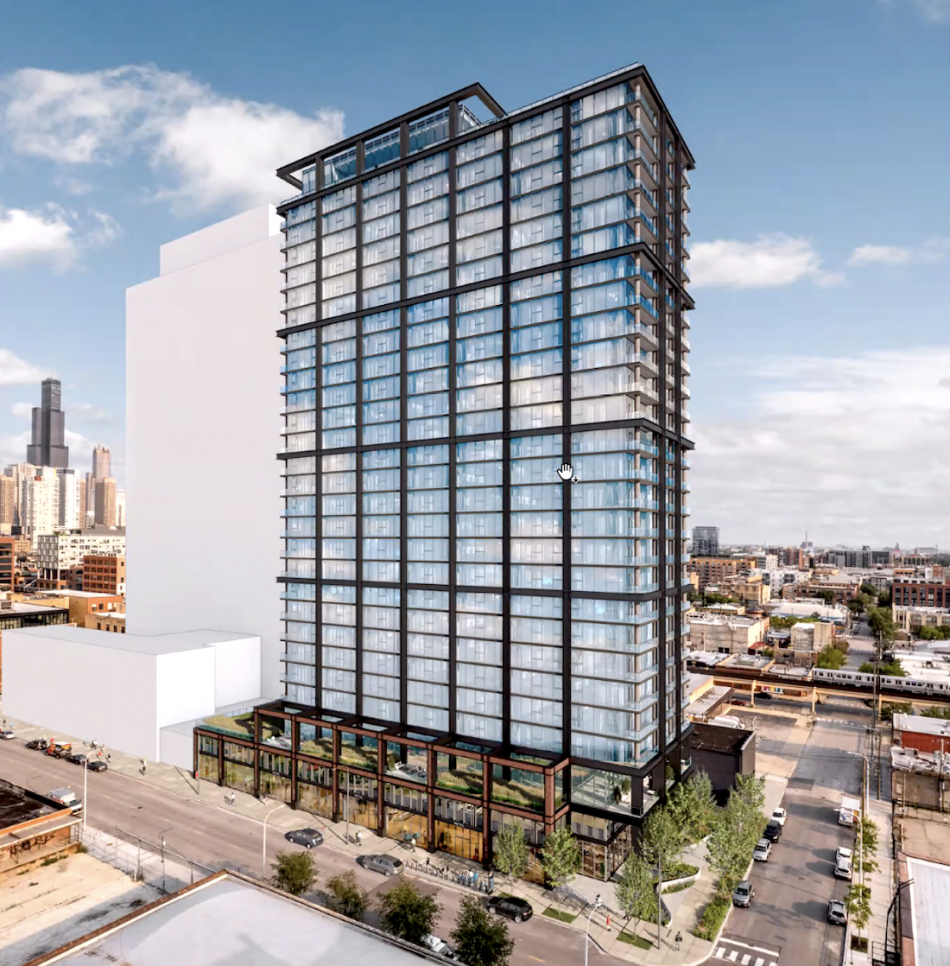 Sterling Bay's plan calls for 350 rental units, ground-floor commercial space, and garage parking for 92 cars and 199 bicycles. The building includes a pool deck and outdoor pet run on the third floor plus additional amenities on the rooftop. The majority of the project's apartments (roughly 70 to 80 percent) will be offered as studios, convertibles, and one-bedrooms. The remaining apartments will feature two-bedroom layouts.

The design from West Loop-based Hartshorne Plunkard Architects features a glassy tower atop a short podium with a protruding frame that's "contextual with the existing streetwall." The design includes residential balconies on the east and west faces as well as new landscaping along Elizabeth Street. The residential lobby will be accessed through a small "parklet" along Elizabeth Street, which will give the rapidly-developing neighborhood a much-needed albeit small slice of green space. 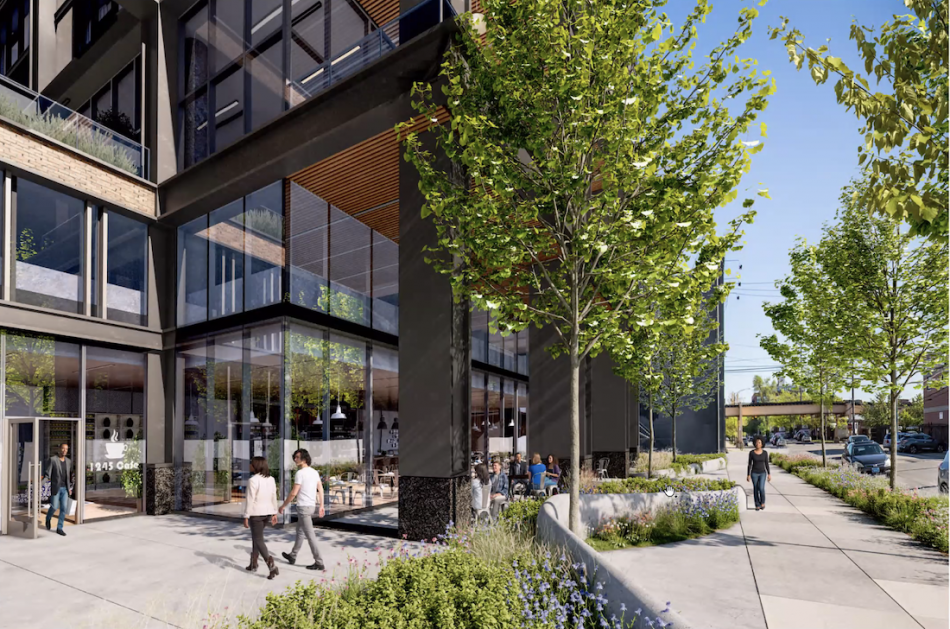 The city requires 20 percent affordable housing and all 70 units will be located on-site. As was the case with some other recent apartment proposals in the area, Sterling Bay has committed to working with the Department of Housing to build an additional 10 percent of affordable units off-site. The development will also provide a nearly $1.8 million payment into the city's Neighborhood Opportunity Fund.

Although Sterling Bay is one of the West Loop's most prolific builders responsible for projects like the McDonald's global headquarters, the Google building, and the Ace Hotel, 1245 W. Fulton is only the developer's second residential project in the neighborhood. Currently, Sterling Bay is seeking zoning approval for a 33-story tower with 320 apartments at 160 N. Morgan Street.

At Wednesday's meeting, Ald. Burnett mentioned that the city's Planning Department had "some issues" with 1245 W. Fulton's affordable housing scheme and its relatively low parking ratio. The developer said it intends to send its proposal to the Chicago Plan Commission in September. If approvals go as planned, the project will break ground in the first quarter of 2022. 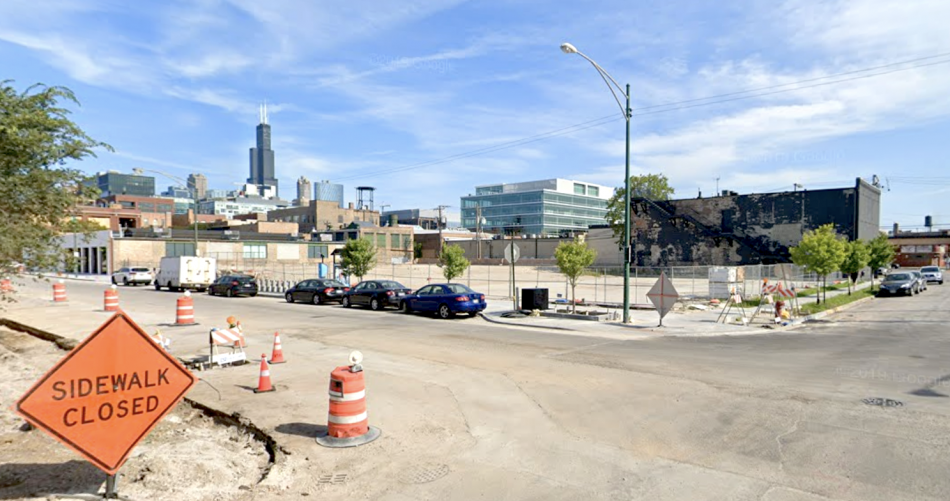