In Streeterville, plans to redevelop a long-vacant lot just off the Mag Mile took a key step forward this week when the Chicago Plan Commission awarded preliminary zoning approval for the 28-story RIU Plaza Hotel. 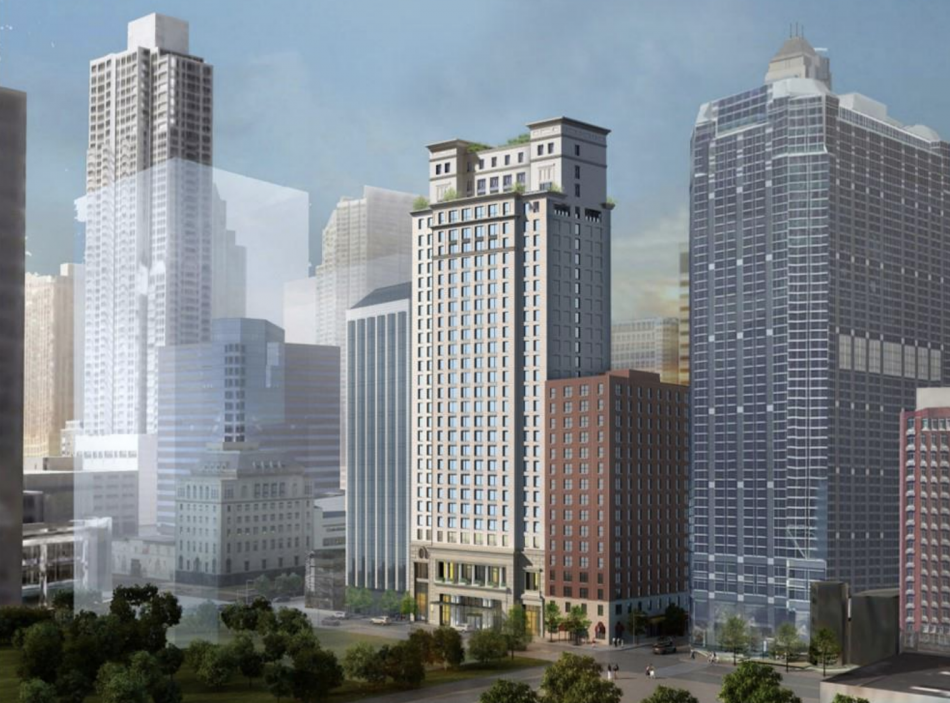 Slated for 150 E. Ontario Street, the 345-foot-tall building will contain 388 guest rooms, a ground-floor lobby and coffee shop, a second-floor breakfast room, a green roof, and no on-site parking. Spain-based RIU Hotels & Resorts would own and operate the hotel, which would cater primarily to international travelers that book through RIU's affiliated travel agency.

The $145 million downtown project comes from local developer Prime Group, Inc. and Chicago's Lucien Lagrange Architects. The two firms have a history of working together on downtown projects including 10 East Delaware, the JW Marriott, and the Waldorf Astoria. The Ontario Street tower would have a traditional appearance with precast concrete panels mimicking the appearance of a stone facade. 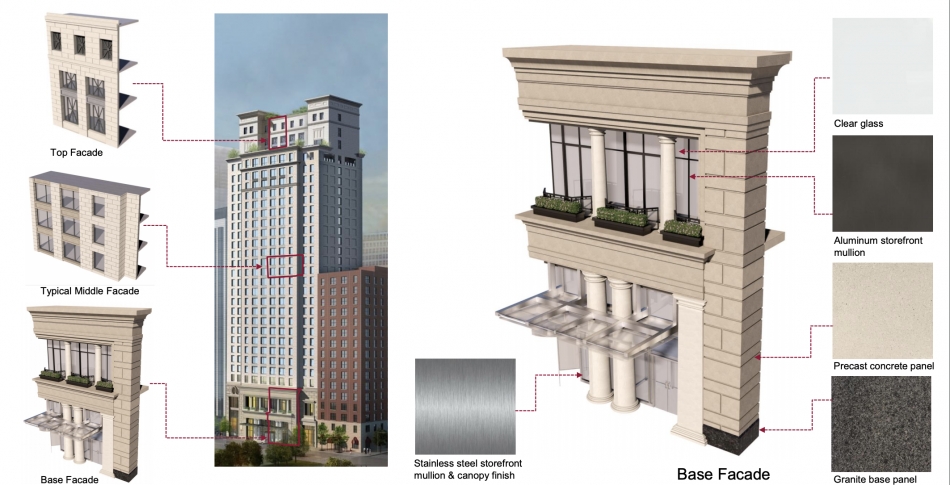 The team is seeking to rezone the DX-12 (Downtown Mixed-Use District) site to a Business Planned Development. The developers will pay $2.9 million into the city's Neighborhood Opportunity Fund in exchange for 6.4 points of additional Floor Area Ratio (FAR), giving the project a total FAR of 18.4.

The zoning change will next go before the Committee on Zoning, Landmarks, and Building Standards before being referred to the City Council for a final vote. If approvals go smoothly, the developers hope to break ground later this year and open the RIU Plaza Chicago hotel in mid-to-late 2023. 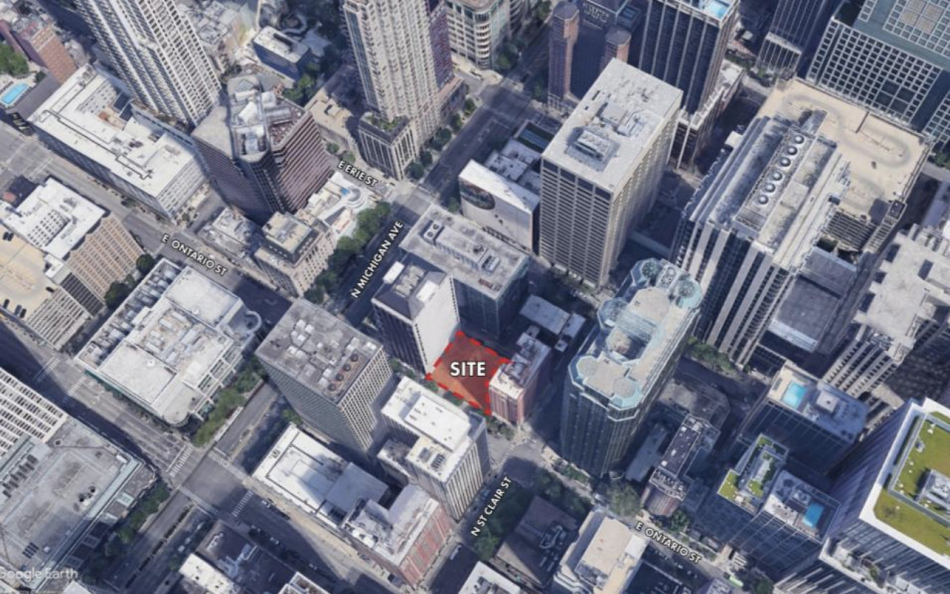