In Edgewater, J & P Contractors plans to redevelop a used car lot at 5828 N. Broadway into a five-story, 20-unit transit-oriented development (TOD). The developer-builder shared the proposal at an August 3 community meeting organized by the office of 48th Ward Ald. Harry Osterman.

The proposed 24,600-square-foot building would rise approximately 57 feet and replace the car lot as well as a shed and small single-story office structure. The ground-floor plan includes parking for 11 cars (seven inside the structure and four outside), storage for 12 bicycles, and no retail. The roof will be home to a communal deck for residents. 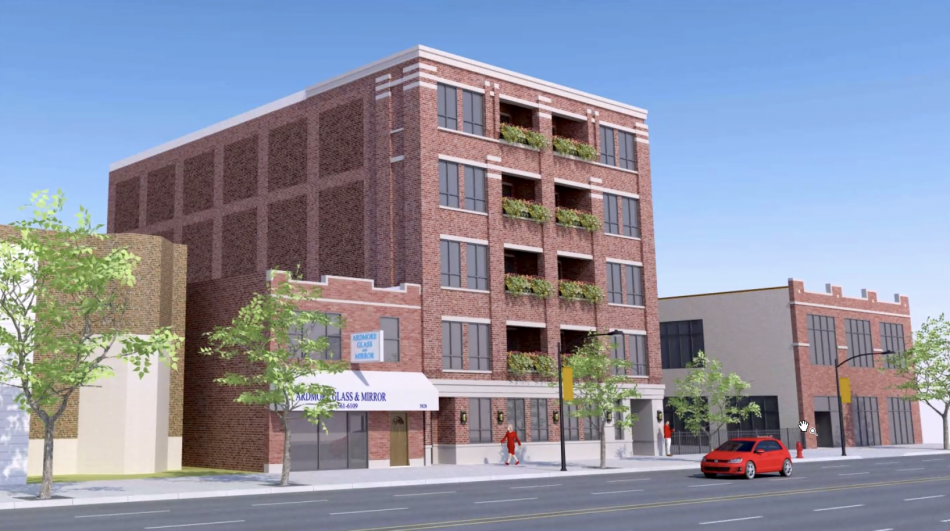 Designed by SGW Architecture & Design, the proposal sports a brick facade on all sides, exterior planters facing Broadway, and stone accents inspired by traditional Chicago buildings. Since the city's building code does not allow windows at the lot line (for fire safety reasons), the sides of 5828 N. Broadway will use two different colors of brick to create a grid pattern that mimics windows, according to its architects. 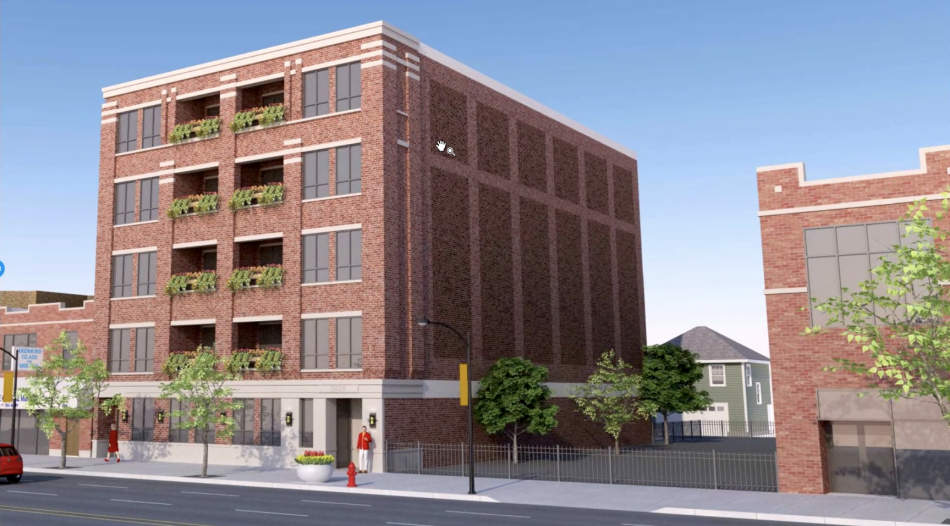 The development will require a zoning change from B1-2 to B2-3 TOD. The project aims to qualify for reduced on-site parking under Chicago's Transit-Oriented Development (TOD) Ordinance due to its proximity to the Thorndale CTA Red Line station.

Four units will be set aside as affordable housing to comply with Chicago's Affordable Requirements Ordinance (ARO), which recently boosted the required units from 10 to 20 percent. If approvals go forward as planned, the developers hope to break ground on the project at 5828 N. Broadway in mid-2022 and complete the apartments in the first half of 2023.