The City of Chicago is evaluating redevelopment proposals from a pair of teams hoping to revitalize a 1.7-acre site at 79th Street and Exchange Avenue in the South Shore community. The transit-oriented development would span two parcels containing vintage low-rise buildings and vacant land near the Cheltenham stop on Metra's Electric Main Line.

Two teams responded to the city's Request for Proposals (RFP), which is part of the  INVEST South/West initiative to bring new vibrancy to revitalize key commercial corridors in historically underserved neighborhoods. The city recently selected winning proposals for vacant city-owned parcels in communities including Bronzeville, North Lawndale, South Chicago, and New City/Back of Yards. Here's a look at the two visions for the 79th and Exchange location. 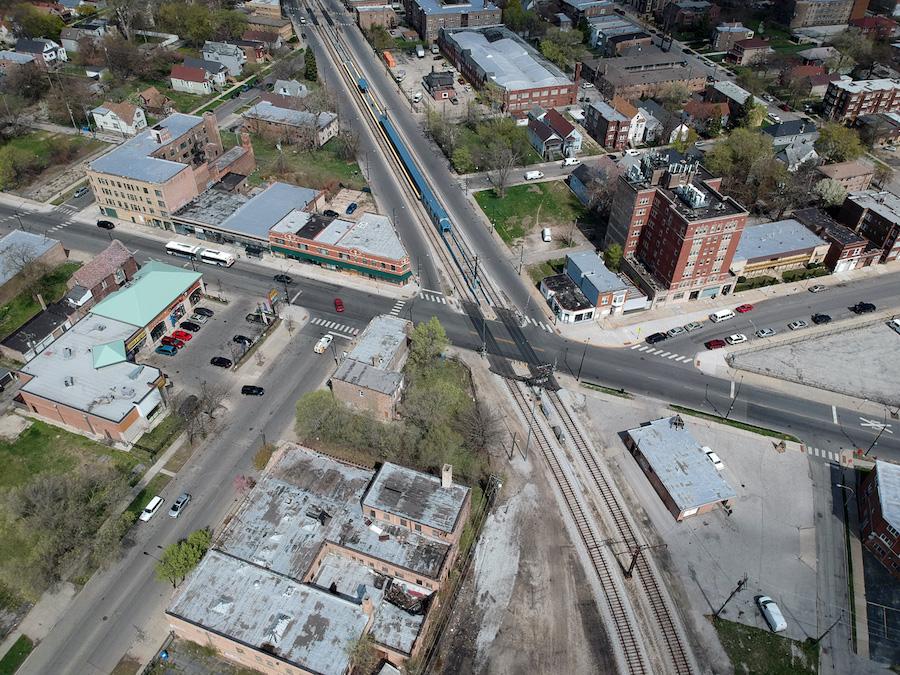 Department of Planning and Development

The Array Innovation Exchange team proposes a mixed-use, mixed-income complex containing 40 to 50 residential units, three to five retail storefronts, and the new home of the Museum of Black Technology and Engineering. The existing Ringer Building would retain its historic facade within the modern exterior of the complex on the south side of 79th Street. The development would feature rooftop greenhouses for vertical farming serving several restaurants. Other proposed uses include a coffee shop and roaster, a digital media studio, and/or a start-up incubator space. On-site parking would be provided for 36 vehicles. 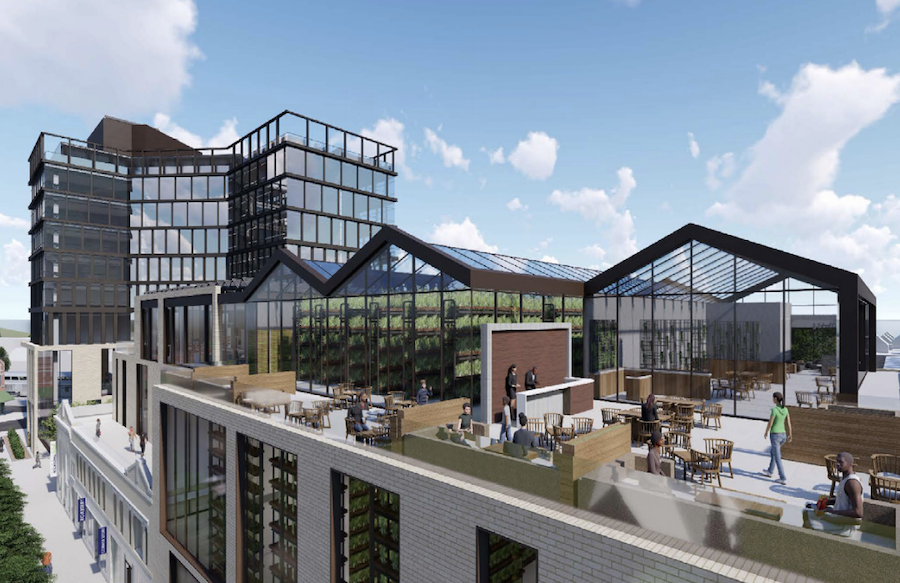 The Thrive Exchange team envisions a mixed-use, mixed-income project anchored by 86 rental apartments and 24 for-sale condominiums on both the north and south side of 79th Street. The proposal's commercial spaces include 11,000 square feet for retail and restaurant uses. The Ringer Building would be preserved and repurposed as medical offices plus collaborative space for local businesses. The plan would provide parking for 140 vehicles. 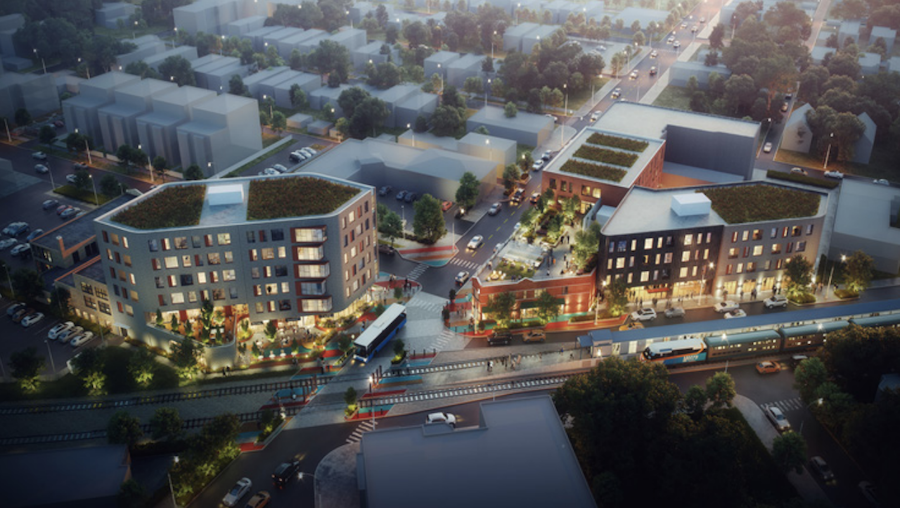