A plan from developer Pacific Reach Properties to build more than 1,000 apartments across a pair of high-rise towers at 601 W. Monroe Street is moving forward. The Chicago Plan Commission recently signed off on the development, which would replace a surface parking lot between the four Presidential Towers, Heritage Green Park, and Old St. Patrick's Church.

Designed by Solomon Cordwell Buenz, the project would be constructed in two phases. The first phase, slated for the eastern portion of the site, calls for a 535-foot high-rise containing 537 rental units and 400 parking spaces. A second 465-foot-tall tower with 516 apartments and 30 parking spaces will be built west of the first building. The plan includes ground-floor retail space, a small publicly accessible dog park, and a fifth-floor amenity deck shared by the two towers. 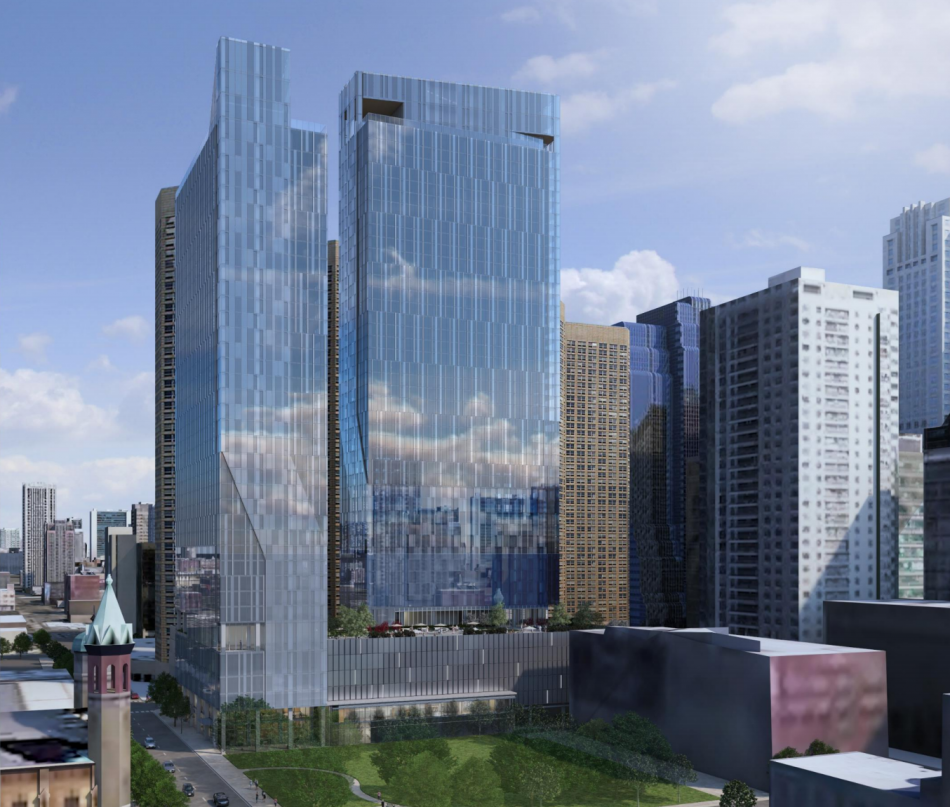 Chicago's affordable housing rules require the project to provide 105 below-market-rate apartments. Pacific Reach will build 26 of those units on-site and pay a $14.8 million "in lieu fee" to the city's affordable housing fund to cover the rest of their obligation. The developer will also be on the hook for a $5.5 million contribution to the city's Neighborhood Opportunity Fund, which supports economic investment in underserved communities on the city's South and West sides.

The Planned Development for 601 W. Monroe will need the support of the city's Committee on Zoning, Landmarks, and Building Standards and the full City Council before any work can begin. An executive at Pacific Reach told the Chicago Tribune that the company intends to break ground on the 47-story eastern tower in early 2022 and deliver the building in mid-2024. The 40-story western tower would open later in 2025, according to the newspaper.

The area between the Chicago River and Kennedy Expressway has seen an impressive amount of development in recent years. Commercial projects such as BMO Tower, 609 W. Randolph Street, and the adaptive reuse of the Old Post Office will soon be joined by notable residential developments, including the 373 apartments under construction at 354 N. Union Avenue and a planned 413-unit rental tower at nearby 640 W. Washington Boulevard. 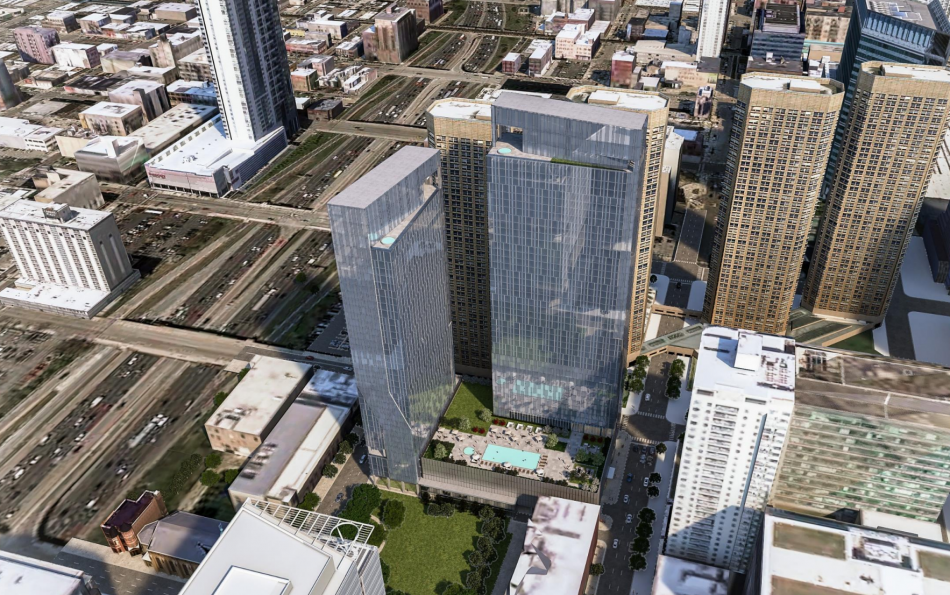