Northfield, Illinois-based developer Eterra Plus has returned with an updated proposal for a pair of mixed-use towers at 525 S. Wabash Avenue in Chicago's Loop. If approved, the development would replace a garage and a surface parking lot located just west of the Congress Hotel.

The initial plan called for connected 36- and 23-story buildings containing a combined 577 dwelling units, 314 hotel rooms, parking for 151 cars, and ground-floor retail space anchored by a grocery store. Designed by BKV Group, the two-tower complex wraps around Roosevelt University's Goodman athletic center, which will remain at the corner of Wabash and Ida B. Wells Drive. 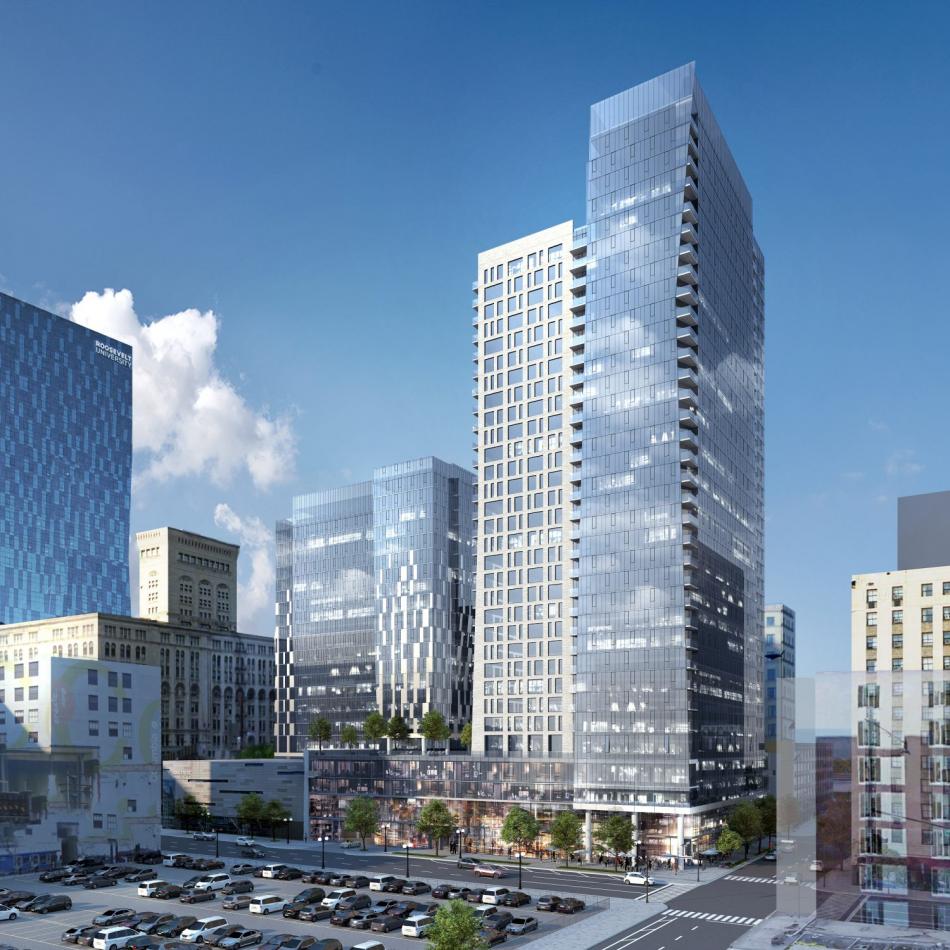 In February, Ald. Brendan Reilly (42nd) announced that Eterra Plus had withdrawn their original proposal from that month's Chicago Plan Commission agenda. The alderman's newsletter said the development would be "revised and shared with the community when more details become available."

This week, the project showed up on the Plan Commission's August agenda—albeit with some minor tweaks. The most notable change is the 23-story building has grown slightly to 24 stories and the number of hotel guest rooms increased from 314 to 405. The project's requested zoning, floor-area-ratio (FAR), parking, and residential unit count are unchanged from the previous proposal.

Alderman Reilly's office declined to comment on the plan or provide updated renderings, but does expect to share that information with residents in the coming weeks. Updated images will also be published by the Chicago Department of Planning and Development a week prior to the August 19 Plan Commission date. 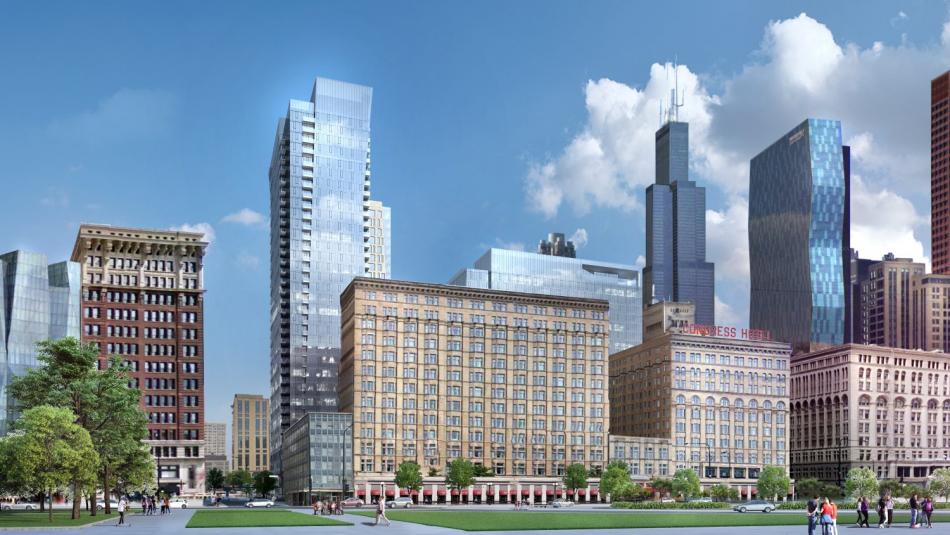 The commissioners are slated to vote on the project's Residential-Business Planned Development zoning as well as a Lakefront Protection Ordinance application due to its proximity to the shoreline. The proposal for 525 S. Wabash will also require approval by Chicago's Zoning Committee and full City Council before moving forward.

Eterra Plus isn't the only developer eyeing this particular stretch of South Wabash Avenue for residential and hotel development. At the corner of Wabash and Van Buren, developer LMC recently began work on a 25-story, 344-unit apartment tower. A venture led by DAC Development aims to break ground on a 26-story, 270-key Sonder Hotel at nearby 424 S. Wabash Avenue next spring. Both projects are proceeding "as of right" and do not require city approval.