Since Rush Street Gaming and Farpoint Development submitted a proposal for reusing the Lakeside Center at McCormick Place for the city’s casino RFP, the building has come into a new spotlight around its history and future use. While Mayor Lori Lightfoot has taken the proposal out of the running, a discussion around the reuse of the Lakeside Center has not lost steam.

At the end of March, Barbara Koenen submitted an op-ed to the Chicago Tribune, calling for the building to be adaptively reused into a large-scale recreational center. Castillo followed up with his own op-ed about how Helmut Jahn and he had come to the same conclusion back in 2011.

Urbanize got a chance to sit down with Philip Castillo, Managing Director at JAHN, to talk about the project and his vision for the building. Our discussion began with a step back for context. The building was completed by Gene Summers and Helmut Jahn in 1971. The large-span steel structure housed the exhibition hall to the north and the Arie Crown Theater at the south end of the building, with a porte cochere separating the two along 23rd Street. The roof spanned across the entire complex. 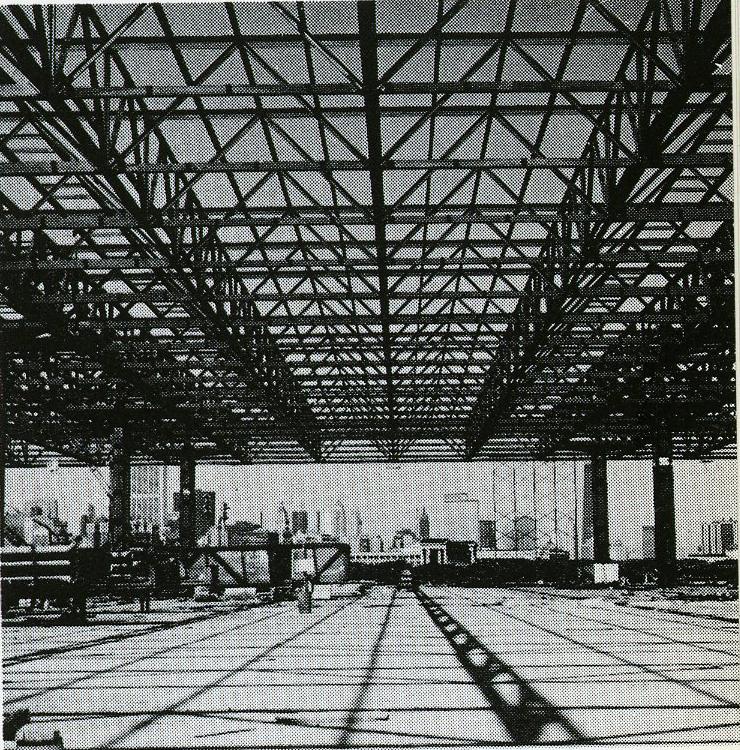 In the late 1980s and 1990s, McCormick Place expanded with construction of the North and South Buildings, which led to the connection of the Lakeside Center via the closure of 23rd St and the installation of an enclosed pedestrian walkway that ultimately enclosed and eliminated the original building’s porte cochere.

In 2011, Castillo embarked on an effort to rethink the building with Helmut Jahn, who had come to the conclusion that the structure could use a reexamination. They looked at the reuse of the building together and came up with a large-scale fitness center. Castillo spoke of how he drew basketball courts, tennis courts, an Olympic-sized swimming pool, and even a go-kart circuit. 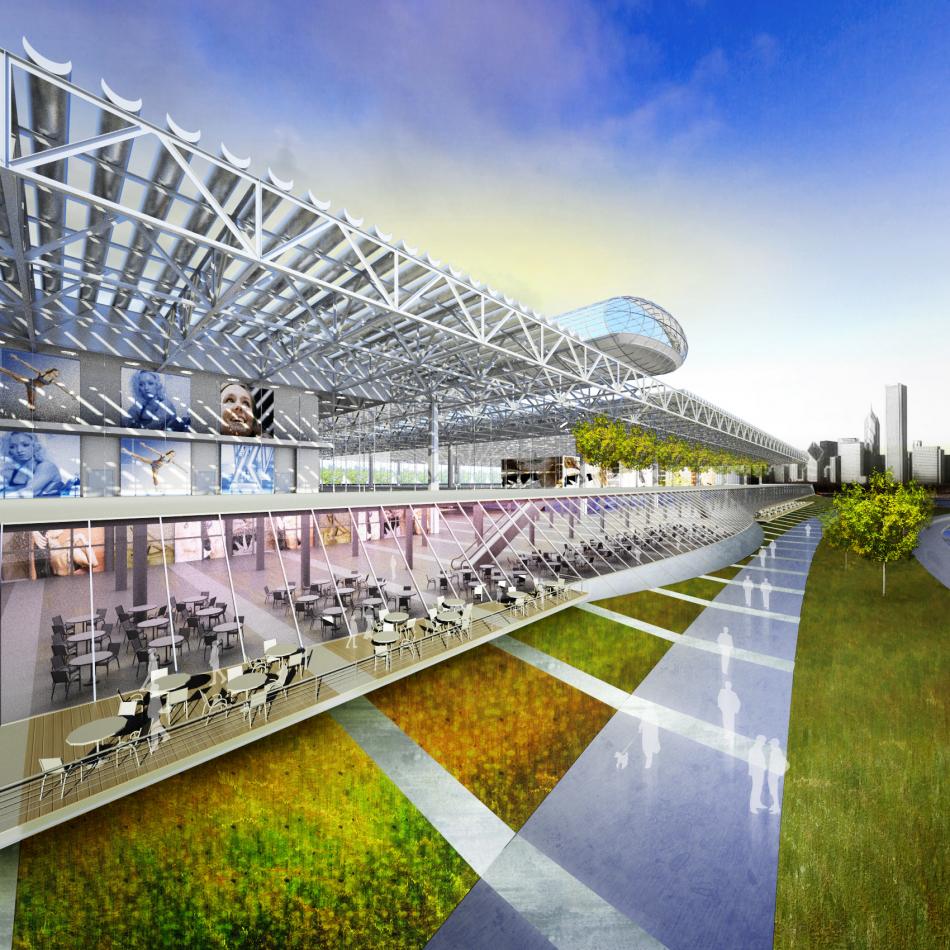 On the exterior, sections of the roof over the cantilevers were removed to expose the structure and parabolic collectors were added. Castillo recalls that Jahn felt the structure “never looked better.” A new element was proposed on top of the roof as a viewing platform and restaurant space. The area to the north of the building that is currently loading docks and parking space was reimagined as outdoor landscaping, converting it into space within the public realm.

Ultimately, they worked on this vision because they were interested. At the time, Castillo and Jahn spoke with people about it, but it didn’t go anywhere. At one point, Jahn even thought the building could be reused as a casino, but that idea did not get pursued. More recently, Castillo had been in conversation with a contact at Rush Street Gaming, who agreed that a casino could be good for Lakeside Center.

When the city’s casino RFP process began, Castillo was approached by Farpoint Development and Rush Street Gaming to envision the Lakeside Center as a casino. With only 6 weeks to put it together, they ended up pulling from their 2010 vision when rethinking the building. The plan looked to reglaze the building with high-performing, bird-safe glass and envisioned the quasi-reopening of the porte cochere and walkway at 23rd St. The roof would be redone with glass and PV shingles, finished off with a green roof. An occupied roof couldn’t be achieved due to loading concerns for the roof structure.

Facing the lakefront, the team envisioned a new large gesture of a stair to take visitors down to the lakefront, and JAHN collaborated with Site Design Group to build a series of ramps to make the elevation change more formidable. The casino would be in the center of the building, with restaurants placed around the perimeter, creating a public amenity.

When Castillo read Koenon’s op-ed, he said he called her up to tell her about how he and Jahn had the same ideas over 10 years ago. Since the casino submission has been taken out of the running, Castillo talked about how he hopes there is a reawakening to what the potential of the Lakeside Center is. There is a larger discussion of reuse here and Castillo spoke of how we need to be breathing new life into our existing buildings rather than always tearing them down. He spoke of how it would be sad to do nothing, and with such a huge potential, doing nothing is not an option.

The building’s reuse could be the missing link in the revitalization of this area, linking 31st St and Bronzeville through to Museum Campus and Navy Pier. Ultimately, Castillo quipped that it needs someone at MPEA and City Hall to have a broader vision for the Lakeside Center, to put the effort into reusing the building for a greater purpose. Currently, there are no official plans for an adaptive reuse.