EQ Office, the U.S. office portfolio company wholly owned by Blackstone, has announced the completion of their $500 million redevelopment of the Willis Tower. Recently celebrated with a ribbon cutting, the transformation of the iconic landmark creates a new community and workplace destination from street to sky. 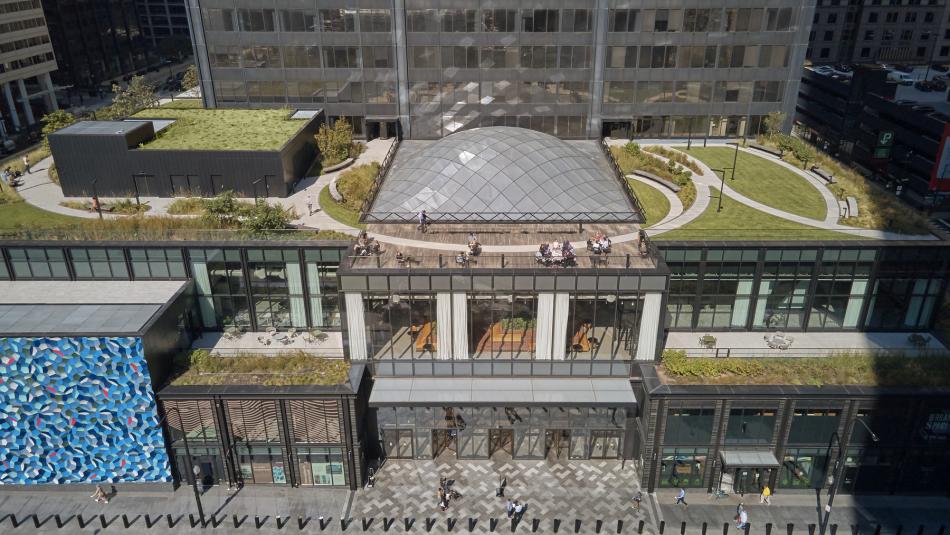 The project – which infused $160 million into labor for construction and tradespeople and created approximately 450 jobs – is the manifestation of EQ Office’s overall philosophy and its bold vision for the 110-story icon, which centered on creating an all-season urban destination that connects with the surrounding community and delivers the best experiences of both work and life to the city’s residents and visitors. The various enhancements enabled Willis Tower to achieve LEED Platinum status, the largest building in the U.S. to have done so.

Intentionally designed in the 1970s to create a buffer between workers from the surrounding neighborhood, the transformed Willis Tower now serves as a welcoming community hub and civic gathering place. Components of the project – all aimed at creating an unparalleled experience for tenants and visitors include: 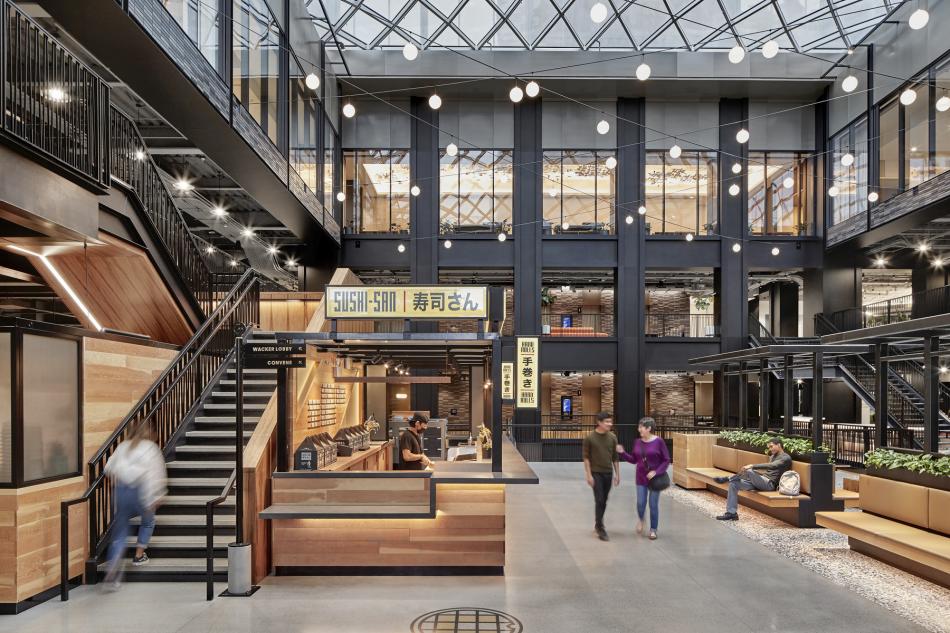 Named as a historical nod to the Sears Roebuck Company and its popular printed catalog, Catalog is a 300,000-square-foot retail, dining and entertainment destination constructed at the base of the tower that brings the best of Chicago into one bustling, light-filled space. Designed by Gensler, Catalog features curated restaurant tenants including Tortazo by Rick Bayless, Shake Shack, Joe & the Juice, Foxtrot, Starbucks, Brown Bag Seafood Co., Do-Rite Donuts & Chicken, Sushi-San and Sweetgreen. Kindling, a live-fire, two-story restaurant from Chicago’s 50/50 Group, as well as Urbanspace, a food hall featuring a vast lineup of culinary entrepreneurs delivering unique concepts catered to the neighborhood, are both slated to open late summer/early fall. Catalog is also home to the largest Chicago location of the meeting and event provider Convene and, coming soon, Color Factory — a permanent experiential art exhibit opening in June. 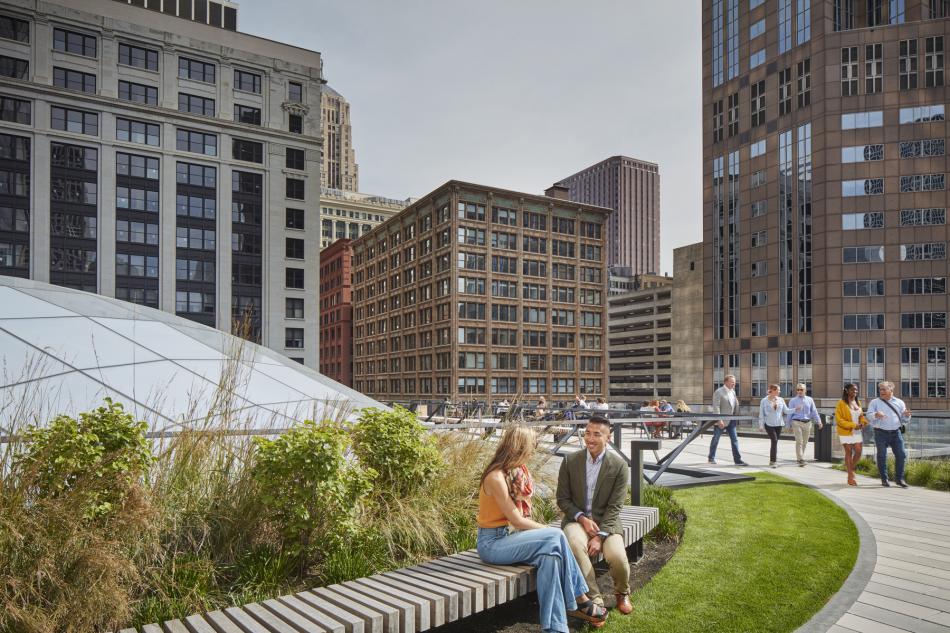 A 30,000-square-foot outdoor roof terrace sits atop Catalog, providing a stunning urban oasis open to the public. As part of EQ Office’s commitment to sustainability, Willis Tower teamed up with Alveole to welcome 60,000 bees and three beehives to the terrace. Willis Tower then partnered with Marwen, a local organization that educates and inspires young people from under-resourced communities through the visual arts, to decorate the hives. 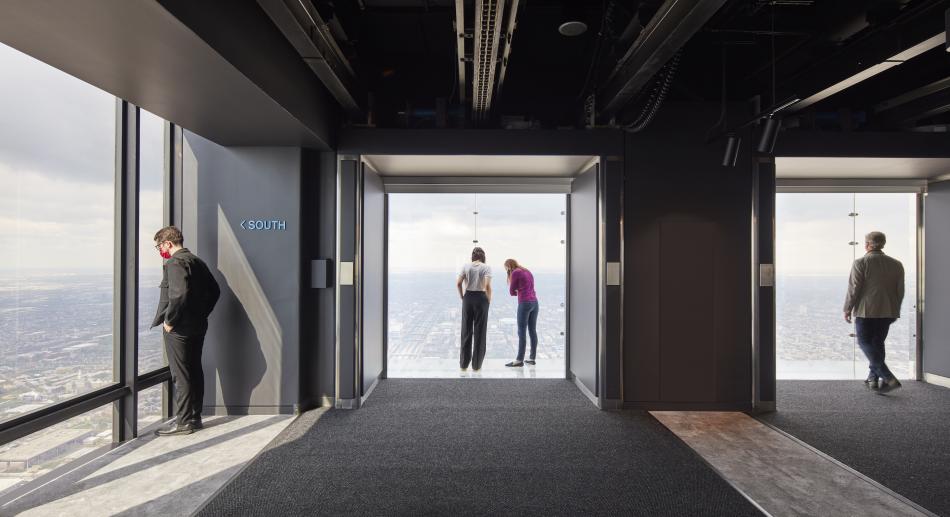 The popular Skydeck observatory also underwent an extensive redevelopment through partnerships with the exhibit design firms Thinc and SOM. The transformation includes a reimagined experience on the lower level of Catalog, which now features an interactive “best of Chicago” museum-like exhibit that celebrates the unique personality, history, neighborhoods, and sites of Chicago before visitors board the elevators to the tower’s famed 103rd floor observation deck. 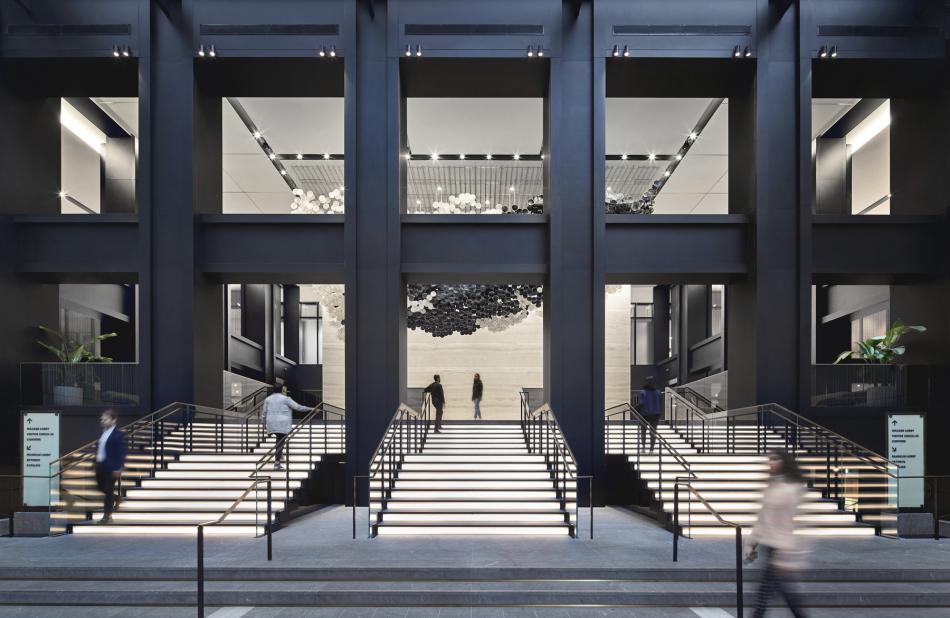 The redevelopment sought to create more hospitable lobbies, complete with impactful art from local and internationally renowned artists alike. In concert with that work, EQ Office launched a dynamic arts initiative, Art of the Neighborhood, to create programming throughout the building that includes installations by world-renowned artists Olafur Eliasson and Jacob Hashimoto. The building’s new exterior façade at the base was designed by Gensler and three new building entries were designed by SKB Architecture and Design to seamlessly connect the streetscape to the interior. 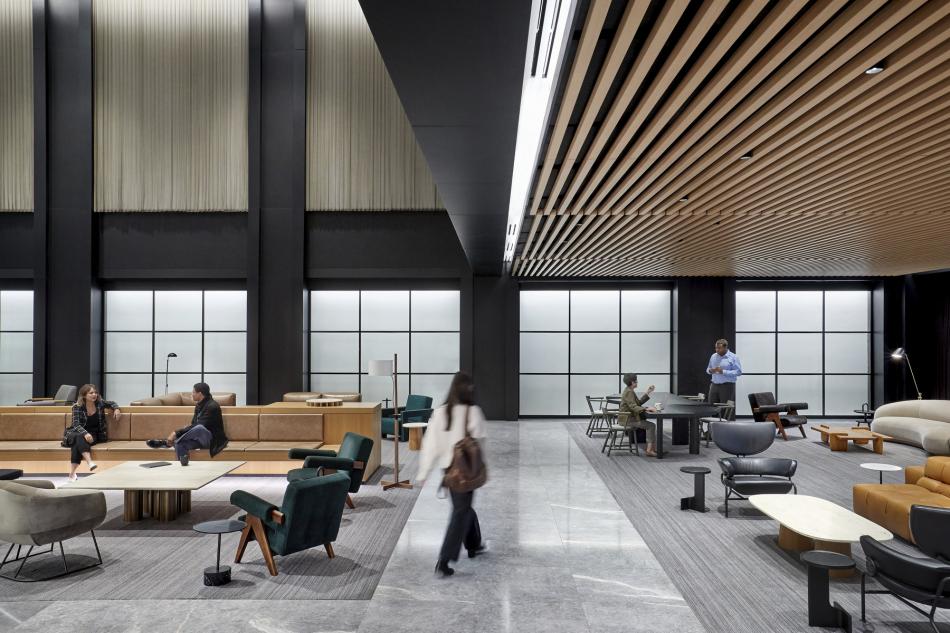 Also introduced as part of the restoration is 150,000 square feet of new tenant-exclusive offerings throughout the building designed by architect Jose Gonzalez. Tower House Bar and Café and Steel Room, located on level 33, allow for events, programming, and communal space for tenants. Also on 33 is TONE, a state-of-the-art 30,000-square-foot fitness center. Altitude Café, a refined tenant lounge and café, and The Metropolitan, a private club and event venue, are located on 66 and 67.

The completion of the project was celebrated with a ribbon cutting ceremony featuring executives from EQ Office, Blackstone, project partners, building tenants, community members and civic leaders including Mayor Lightfoot.